The Russian-born DJ and author of "Russian Disco" has been living in Germany for 30 years. For DW, Wladimir Kaminer tells what makes Germany different now. 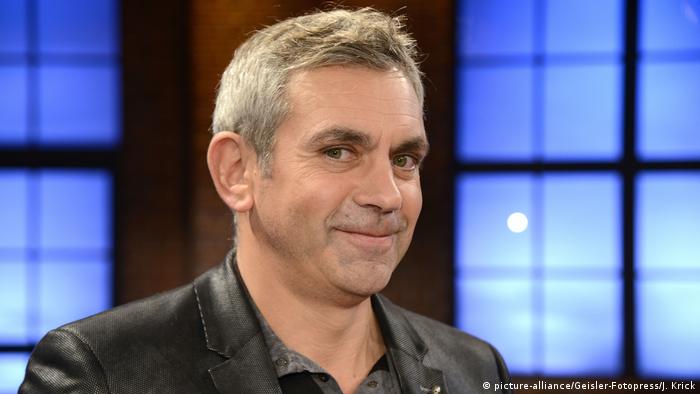 Russian-born author Wladimir Kaminer has been a Berlin since 1990

From today's perspective, the peaceful protest of East German citizens against the regime of the Socialist Unity Party of Germany (SED) was a miracle.

The GDR citizens' protests as a role model for Belarusians

Does a clear "no" have more political weight than tanks, soldiers and a state's secret police? The question remains unanswered.

That's what Belarusians are trying to find out today.

For over eight weeks, they have been taking to the streets, demonstrating against the dictator Lukashenko. They are being beaten, tortured, imprisoned. Armed with clubs, the last few thousand people loyal to the regime face the opposition's hundreds of thousands of demonstrators.

And yet their protests remain peaceful. Week after week, day after day, people loudly express their resentment toward the dictator. 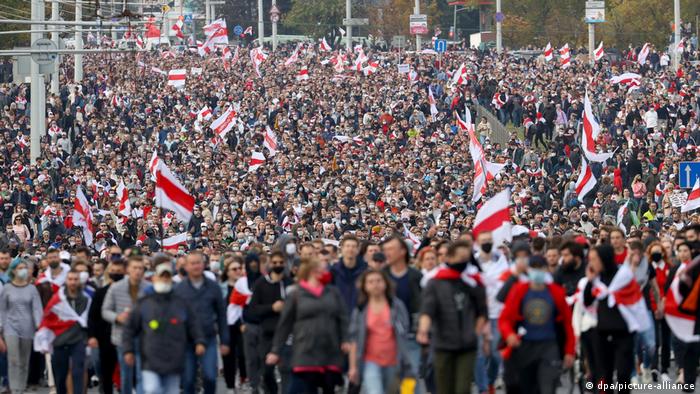 Mass protests against the presidential election results have been held in Belarus since August 9: This one is from October 4

Meanwhile, 100 million Russians are following the actions of the 10 million Belarusians with curiosity and fear.

Is peaceful protest possible; has it ever been successful? Has there been a precedent in all of human history demonstrating that a people could free themselves from the yoke of tyranny without bloodshed?

Of course there was such a case, as my friends in Saxony remind me proudly. 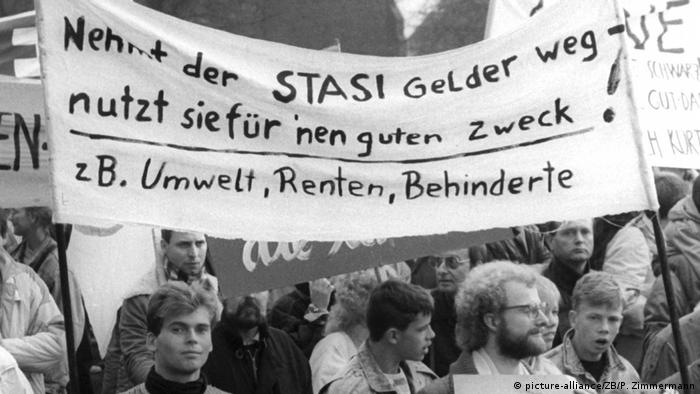 A demonstration in East Berlin on November 4, 1989, five days before the Berlin Wall came down

They took to the streets until the Wall came down

That was the Peaceful Revolution in East Germany. At the time back in 1989, GDR citizens took to the streets until the Berlin Wall fell and Germany was reunited.

But wait a minute, I tell my Saxon friends, the comparison is not entirely correct.

First of all, there was only half a people to be liberated; the other half was already in a capitalist paradise.

Additionally, East Germany's big brother, the Soviet Union, had not intervened at the time, as it had previously done in the Czech Republic and Hungary. Gorbachev was probably so blinded by Ronald Reagan and Helmut Kohl that he really wanted to sit at a table with these great people or secretly dreamed of using their help to pull the thickest camel, the Soviet Union, through the needle eye of reunification into capitalist paradise.

Hopes and frustrations in a 'capitalist paradise'

Besides, I tell my Saxon friends, it was not an entirely smooth process. Many of the "liberated" people were quite disappointed immediately after reunification. In their newly found capitalist paradise, they faced exhausting job searches and constantly rising rental prices, bringing many to the edge of despair.

And yet the Germans have become incredibly self-confident through their reunification success. They take to the streets immediately to protest against every little thing. They know they can do anything, and it is not without reason that, facing the 2015 refugee crisis, the Chancellor said "We can do this."

That "we" is what makes the difference.

Even now during the coronavirus pandemic, people are constantly talking about the fact that all the preventive measures and warning apps only make sense if everyone, really everyone, adheres to the rules.

The historical events of the past century, be it the legacy of the world wars, reunification or the founding of the European Union, have managed to strengthen Germany's collective self-confidence. This has encouraged the people to set ever higher goals for themselves, at the risk of tripping over their own self-confidence and flying off the ladder. Still, each time, that doesn't stop them from standing up and starting all over again. 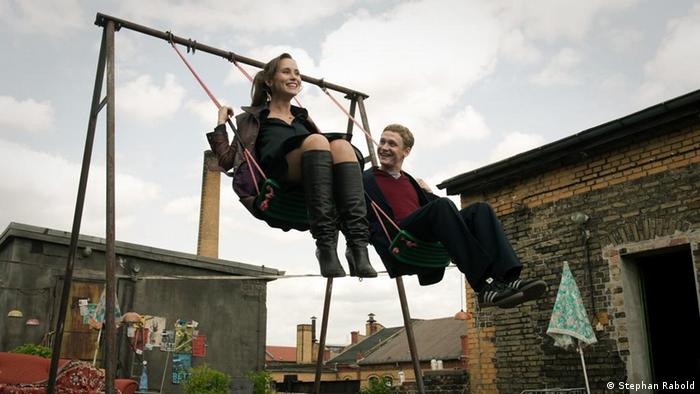 Born in 1967, Wladimir Kaminer emigrated from the former Soviet Union in 1990 and has lived in Berlin ever since. With much humor and self-irony, he has been writing short stories and novels about his experiences as an immigrant Russian since the mid-1990s. One of his best-selling books was the collection of stories Russian Disco, which was adapted into a film in 2012.

The Monday demonstrations in 1989 heralded the end of East Germany. The protest on October 9 in Leipzig was not the first, but the biggest and represented a turning point, DW's Alexander Kudascheff says in retrospect.