After the German tech firm filed for insolvency, the European Commission launched an independent analysis to determine the "adequacy" of Germany's financial regulator, BaFin. A legal investigation could follow. 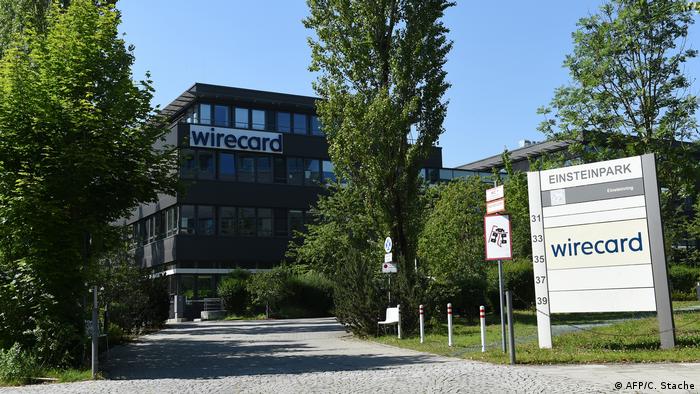 The European Commission announced Friday it will arrange an investigation into the German financial regulator on whether it broke EU law in its dealings with bankrupt technology company Wirecard.

The German firm filed for insolvency on Thursday after €1.9 billion ($2.1 billion) went missing from its accounts, money that the management board later said "probably did not exist." Former CEO Markus Braun was arrested earlier this week after resigning amid the scandal.

The ensuing controversy has raised questions over the role played by BaFin, the German financial watchdog.

The European Commission has now asked the European Securities and Markets Authority (ESMA) to carry out a "fact-finding analysis" and report back before July 15.

"The preliminary analysis should seek to establish a comprehensive description and assessment of the events, including the adequacy of the supervisory response to these events, leading to the collapse of Wirecard AG," wrote the commission's financial stability director John Berrigan in a letter to the ESMA seen by AFP news agency.

After the EMSA reports back, Brussels could seek a legal investigation into BaFin, the EU's vice-president for financial services, Valdis Dombrovskis, told British newspaper Financial Times.

Is the watchdog to blame?

The Wirecard collapse has left creditors owed almost $4 billion amid what its auditor EY described as a case of sophisticated global fraud.

Media reports in 2019 called the company's accounting into question, but BaFin targeted investors instead of the firm itself.

BaFin has described events this week surrounding Wirecard as a "disaster" and chief Felix Hufeld admitted this week that BaFin "had not been effective enough to prevent something like this from happening."

German Minister for Economic Affairs Peter Altmaier also publicly called for an investigation into BaFin's role in the collapse this week while Finance Minister Olaf Scholz described the affair as an "unparalleled scandal."

News of the EU investigation comes as it emerges that a former Wirecard executive has fled Germany, Reuters news agency reported.

The Philippines' Justice Minister Menardo Guevarra said that former Wirecard chief operating officer Jan Marsalek was briefly in the Philippines on his way to China, apparently fleeing the repercussions of the scandal.

Details on the financial irregularities and the question of who holds responsibility have yet to be properly assessed.