The German payment company Wirecard has said it will open insolvency proceedings after disclosing more than $2 billion dollars missing in its accounts. Trade on shares in the company was suspended. 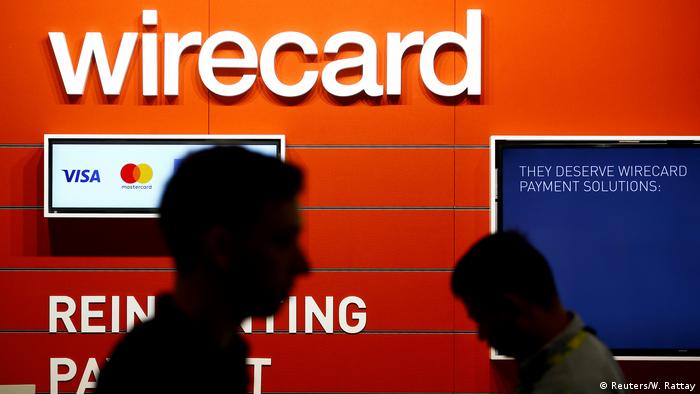 German financial technology firm Wirecard announced Thursday it would file for insolvency amid an accounting scandal that led earlier this week to the arrest of its former CEO.

The company said it was making the filing "due to impending insolvency and debt." It will make the filing at a district court in Munich.

Markus Braun resigned as CEO on Friday after the company could not find roughly €1.9 billion ($2.1 billion) that appeared in its accounts. Braun later turned himself in to prosecutors after Wirecard concluded that the money probably never existed.

Trading in the group's shares was immediately halted by the Frankfurt Stock Exchange, leaving them blocked at €10.74, down 12.7% from close of trading Wednesday. Prior to the sudden scandal, it was trading just over €100.

Wirecard has become the first member of DAX, Germany's blue-chip share index, to go out of business.

The Munich prosecutor's office, which is already investigating Braun on suspicion of manipulating Wirecard"s accounts, said "We will now look at all possible criminal offenses."

Following his arrest, Braun has been released on bail.

How did Wirecard become insolvent?

Wirecard had been one of Germany's fastest-growing tech firms and was set to be a new giant in the business. The scandal has also raised questions about Germany's ability to implement corporate regulations.

Media reports in 2019 questioned the company’s accounting, but Germany's financial regulator, BaFin, targeted investors instead of the firm itself.

BaFin has described events this week surrounding Wirecard as a "disaster" but also said that it stands by its decisions.

Wirecard had been a member of the DAX index for less than two years and at its peak was worth €25 billion ($28 billion) by market capitaliztion.