Prosecutors have arrested the former head of German payment services provider Wirecard on suspicion of accounting fraud and market manipulation. Braun's bail has been set at €5 million. 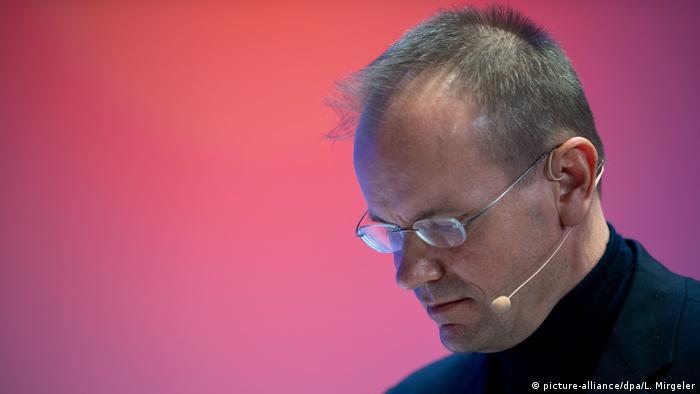 Markus Braun, the former CEO of the German payment services provider Wirecard, has been arrested, public prosecutors in Munich confirmed on Tuesday, saying that he had turned himself in on Monday evening.

A statement from the prosecutors' office said Braun had been detained on suspicion of inflating the company's balance sheet and revenues to make it appear stronger and more attractive for investors and customers. Three other managers are also under investigation.

An administrative court said the Austrian was released after setting his bail at €5 million ($5.67 million).

Braun resigned last week as CEO of Wirecard after an audit revealed billions of euros in discrepancies on the company’s budget sheet, causing Wirecard share values to plummet.

Missing €1.9 billion probably 'does not exist'

On Monday, Wirecard said its management board "assesses on the basis of further examination that there is a prevailing likelihood that the bank trust account balances in the amount of €1.9 billion ($2.1 billion) do not exist.''

The financial service provider also announced the firing of its chief operating officer, Jan Marsalek, who had been suspended from the management board last week.

Marsalek had been in charge of overseeing daily operations including in Southeast Asia, where the possible fraud occurred, according to German news agency dpa.

Wirecard AG — once a darling of the growing financial technology sector — has fallen sharply from grace since last year when a series of reports in the Financial Times uncovered accounting irregularities in its Asian operations.