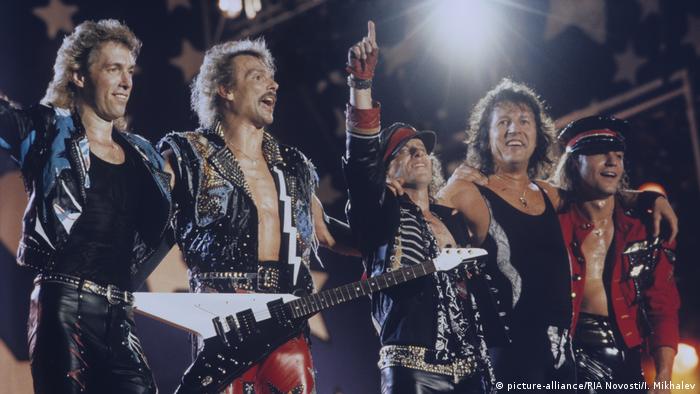 That whistling. You barely have to hear it for it to give you goosebumps, especially when paired with documentary images that arch from the rise of the Berlin Wall in 1961 to cheering East Germans as it comes down and dancing Soviet soldiers.

The power ballad "Wind of Change" is the definitive soundtrack of the fall of the Eastern communist bloc. It was written by the German hard rock band Scorpions in September 1989, just two months before the fall of the Berlin Wall. Thanks to its English lyrics, it captured the mood of the moment across the entire Eastern Bloc and people's hope for change.

To the magic of the moment

Of a glory night

Where the children of tomorrow

In a wind of change"

One of Germany's most successful musical exports

Roughly 14 million copies of the single have been sold around the world to date. It has scored a spot on 78 national music charts, and a remastered version released in 2009 has been viewed on YouTube more than 765 million times.

He described the moment of inspiration for German newspaper Hamburger Abendblatt: "Everyone was all together one evening — Germans, Russian and American musicians, journalists and also members of the [Soviet] Red Army — all in one boat on the Moskva River going to Gorky Park. That was the vision: The whole world in one boast, everyone speaking the same language — music."

Composed by the CIA?

But was that really how it happened?

That's the simple question US investigative journalist Patrick Radden Keefe asks in his podcast, Wind of Change, which looks into whether the Scorpions' power ballad — which "might just be the most influential song of the 20th century," as Keefe describes it in a trailer for the series — was actually composed by US intelligence agents to feed the burgeoning anti-communist revolutions in Soviet-controlled states.

"Could that be possible, that the CIA could have collaborated with a German hair band to write a power ballad that ended the Cold War and somehow kept the whole thing secret ever since?" he asks in the series' trailer.

Keefe's starting point is a rumor that was shared with him by a friend, who heard it in turn from their friend, a former CIA employee, who heard it from a colleague... In other words, it's hearsay. But it's enough for Keefe to kickstart broad-reaching investigative research. 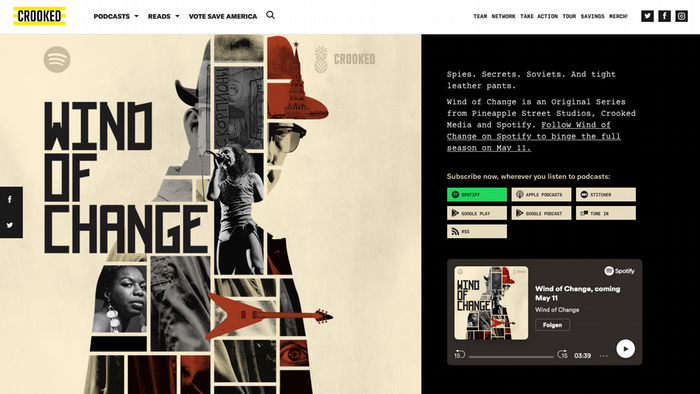 A screenshot from the podcast 'Wind of Change'

Over multiple episodes totaling more than six hours, Keefe searches for proof and repeatedly turns up empty-handed — or at least unable to pin down irrefutable facts. Instead, he reveals basics of the CIA's work in the cultural sphere, such as how American-African musicians in the 60s and 70s, Nina Simone and Louis Armstrong among them, were used without their knowledge for foreign policy purposes in numerous African nations.

Keefe also recalls another example of a psychological operation, which aimed to sway emotions and perspectives. In 1979 Canadian and CIA operatives managed to smuggle American hostages out of Iran by disguising them as a film crew. The dramatic story was made into the Oscar-winning movie Argo in 2012. Even the movie's existence is no coincidence, according to the podcast, as the head of the CIA supposedly personally called for the release of a positive story about a successful CIA operation. 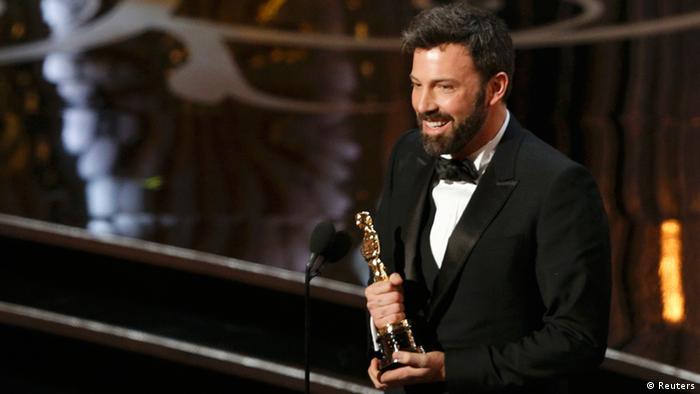 If I were the CIA, what would I do?

Music journalist Carsten Schumacher is skeptical of Keene's willingness to run with the rumor. "I've had it up to here with conspiracy theories right now," he told DW, referring to the fake news surrounding the coronavirus. "That's why journalists, especially now, should critically ask whether this makes sense. I don't have anything against rock myths, but this rumor just doesn't make any sense."

Schumacher, a former editor-in-chief for the music magazine Visions, pointed to the timing of the song's release as one of numerous incongruities behind the "CIA-as-composer" rumors. "Wind of Change" may have been written in 1989, but it wasn't published until November 1990, when it appeared on the album Crazy World. The single release came even later, in February 1991. "Everything had already happened by then," Schumacher said. "If I, as the CIA, had wanted to have an influence, then I would have given the band the song in time for the Moscow Music Peace Festival of 1989 so the crowds there could have celebrated it."

Schumacher doesn't find it suspicious that "Wind of Change" was Meine's first composition. "The Moscow Music Peace Festival must have been very special for everybody who was there, especially for a German band. That a musician would place himself in that moment and write a song about it — I don't find that absurd. On the contrary — that's the job of a pop musician!" 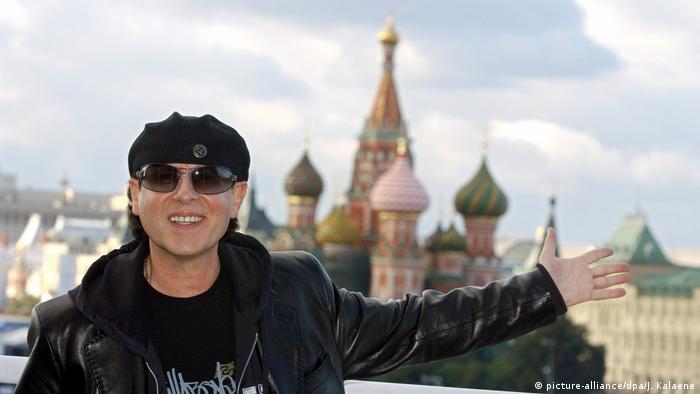 The song lyrics' simplistic style is also clearly original Scorpion material, Shumacher said. "Either there was a ghostwriter, who could channel the band members really well, or — and this is much more likely — it's an original text."

Another indication that the song could have come from the CIA, according to Keefe's podcast, is that it was translated into Russian. What the reporter doesn't mention at all is that it a Spanish version was also recorded…

The magnetic pull of research

The podcast's charm, and what has made it so successful, is the way the research pulls the listener in. Keefe is the podcast's actual protagonist. He lets the listener in on his questions and his doubts and makes them privy to unanswered phone calls, shady meetings and exciting interviews with key figures in the song's history, such as Scorpions' music manager Doc McGhee.

Keefe finally meets Klaus Meine just when the podcast tangles itself up in too many assumptions and questions. They talk about the era when the Communist Bloc was crumbling and about how "Wind of Change" came about. Finally, Keefe confronts Meine with the results of his research. Without spoiling anything, Meine responds with his own conclusion, "Doesn't that show the power of music more than anything?"

A picnic in a meadow on the Hungarian-Austrian border: That was the plan. But the symbolic event, a show of support for a united Europe, enabled the first exodus from behind the Iron Curtain. Unintentionally — or not? (19.08.2019)

A new edition of Martin Luther's seminal Bible has been released to mark 500 years of the Protestant Reformation. Theologian Christoph Rösel explains how the text shaped the German language and remains relevant today. (20.10.2016)

Forever and a Day: The Scorpions Film

The Scorpions wanted to say goodbye to their fans with a world tour. This film, co-produced by DW, shows how the band turned their farewell tour into a new start and kicked off their careers yet again. (07.10.2016)