Will the Afghan-Pakistani intelligence cooperation work? | Asia| An in-depth look at news from across the continent | DW | 20.05.2015

Will the Afghan-Pakistani intelligence cooperation work?

Afghanistan and Pakistan have agreed to share intelligence against militants, but experts are not too optimistic about the outcome citing a lack of trust between the two nations and Pakistan's sympathies for the Taliban. 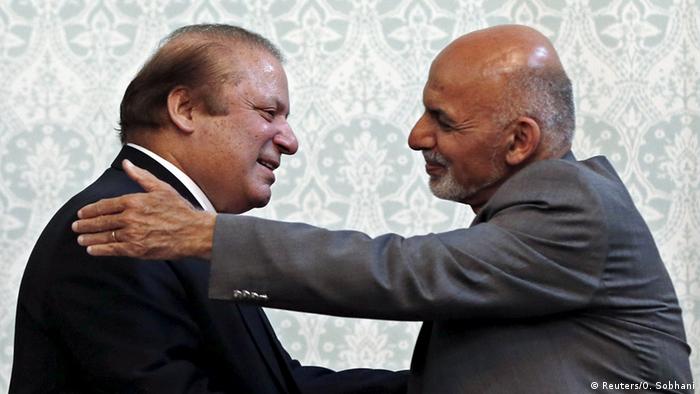 Earlier this week, Pakistan Army's spokesman Asim Ali Bajwa confirmed that the Afghan and Pakistani governments had agreed to forge a partnership between their intelligence agencies - Pakistan's Inter-Services Intelligence (ISI) and the Afghan National Directorate of Security (NDS). Bajwa, however, did not give out the details of the agreement.

It is unclear when this deal was signed, but observers say it came right after Pakistani Prime Minister Nawaz Sharif's visit to Kabul last week, where he pledged support to Afghanistan in its fight against Islamic militancy.

For years, the Afghan government has accused Islamabad of harboring, nurturing and aiding Taliban militants to fuel insurgency on its soil. Former Afghan President Hamid Karzai had categorically blamed the Pakistani military and the ISI for orchestrating attacks on Afghan and international troops in the country by providing logistical support to the militants - a charge Islamabad has denied. But it seems that Karzai's successor Ashraf Ghani wants to start afresh and is ready to give Pakistan a chance. 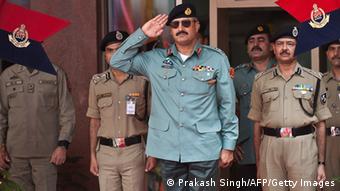 A thaw in relations

Talking about Afghanistan's ties with Pakistan during his visit to the United States in March, President Ghani said that Islamabad and Kabul had been engaged in an "undeclared war" against each other. He stressed that the situation needed to change.

The first signs of an increase in military cooperation between Kabul and Islamabad appeared in February this year when the two neighboring countries announced that six Afghan army cadets would receive military training at Kakul Military Academy in Pakistan's northern city of Abbottabad. The Pakistani army will train these soldiers for 18 months to help boost the Afghan army's capacity to fight terrorists.

The two countries' civilian and military leaders have held several rounds of talks over the past six months, and it seems that the understanding to bring the ISI and the NDS closer together was reached during this period of time.

"It is definitely a step in the right direction," Mahmood Shah, a former Pakistani military officer and defense analyst based in Islamabad, told DW. "Pakistan and Afghanistan will both benefit if the two organizations start to trust each other and share intelligence systematically," he added.

India has reached an agreement to develop a strategic port in southeast Iran as New Delhi seeks to boost trade ties with Central Asia. But who stands to benefit most from the deal? DW speaks to analyst Michael Kugelman. (08.05.2015)

According to media reports, a number of Afghan parliamentarians have severely criticized the intelligence cooperation deal. They say that the agreement would give Pakistan an upper hand in the region. The ISI's alleged role in providing assistance to the Taliban is also looked down upon by most Afghans, and is one of the reasons why many Afghans are unhappy with the intel agreement.

According to Assadullah Khalid, a former NDS chief, the deal is a "shameful move." Former Afghan President Karzai, too, expressed "deep concerns" about the deal in a statement and advised Ghani's government to abolish it.

But Abdul Ghafoor Liwal, an expert on constitutional law and director of the Kabul-based Regional Studies Center, believes the recently-signed agreement is part of a larger policy that President Ghani is pursuing and which he considers necessary to end the cycle of violence in Afghanistan.

"The agreement indicates a change in Afghanistan's policies. It is now directly approaching Pakistan to maintain regional peace and stability," Liwal told DW.

Ghani also expects Pakistan to use its influence over the Taliban to bring them to peace talks.

The expert, however, admits that President Ghani is taking a huge "political risk" by getting closer to Pakistan knowing that Karzai also tried to build bridges between Kabul and Islamabad but was largely unsuccessful.

"If Ghani's efforts don't yield results, and if the war in Afghanistan does not end, it will have policial consequences for the Afghan president," Liwal warned.

Kabul-based analyst Haroom Mir believes that given the countries' historic problems, it would be best for Ghani to first create support and understanding for this sort of policy towards Pakistan before taking concrete measures.

Effectiveness of the deal

But analysts also point out that signing a deal and actually making it work are two different things. And considering the fact that the two nations' geopolitical interests are still at odds, and that Pakistan continues to support at least some Taliban factions, the ISI-NDS alliance is likely to fail.

"Historically, these kinds of intelligence cooperation initiatives have not been effective between Pakistan and Afghanistan. But both governments want to restore their writ along their shared border," Zafar Nawaz Jaspal, a professor of politics and international relations at Islamabad's Quaid-i-Azam University, told DW.

Jaspal said he was not too optimistic about the outcome of the deal, and that there are many factors that could harm the understanding. He argues that the Afghan government is interested in action being taken against the Quetta Shura and the Haqani Network - two militant groups many view as being under the protection of Pakistani authorities. 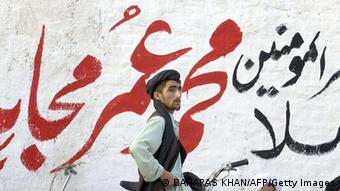 "Another important issue is the presence of the Indian intelligence organization in Afghanistan. It is true that Kabul denies that the Indian Research and Analysis Wing (RAW) is active in Afghanistan, but it will not convince Islamabad," Jaspal underlined.

Pakistan's military and civil establishment, experts say, still consider the Taliban an important strategic ally, who they think should be part of the Afghan government. Observers say that the Pakistani military hopes to regain the influence in Kabul it once enjoyed before the United States and its allies toppled the pro-Pakistan Taliban government in 2001.

Matt Waldman, a researcher on the Afghanistan conflict at Harvard University, believes that Pakistan won't relinquish its support for the Taliban until the regional dynamics undergo a transformation. "The evidence indicates that Pakistan hasn't fundamentally changed its Afghanistan policy," Waldman told DW.

Siegfried O. Wolf, a political science expert at Heidelberg University, is of the same view. He told DW that he was convinced that several members of the Pakistan security apparatus still believed that the Taliban could be used as a strategic tool to counter the Indian presence in Afghanistan.

These analysts believe that Afghan-Pakistani ties won't substantially improve and that minor developments won't be sustainable until Islamabad abandons its decades-old Afghanistan policy.