Examining the implications of the Indo-Iranian Chabahar port deal | Asia | An in-depth look at news from across the continent | DW | 08.05.2015

India has reached an agreement to develop a strategic port in southeast Iran as New Delhi seeks to boost trade ties with Central Asia. But who stands to benefit most from the deal? DW speaks to analyst Michael Kugelman. 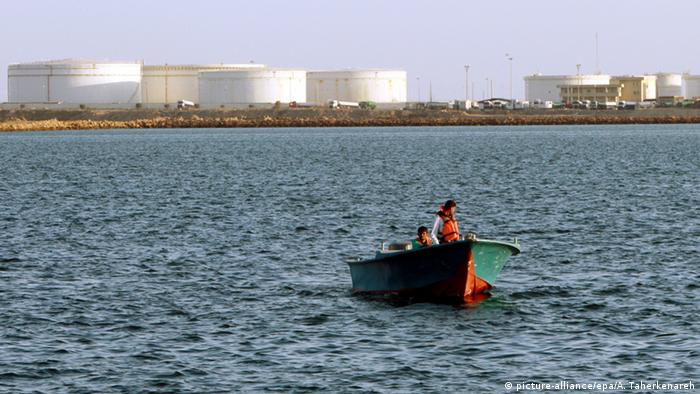 In a sign of intensifying strategic cooperation, New Delhi reached an agreement with Teheran on May 7 to develop the Chabahar port in Southeast Iran. The project is expected to increase trade and economic engagement between the two countries. Although India and Iran originally agreed to develop the project in 2003, both nations have failed to make much progress on this front due to Western sanctions on Iran linked to its controversial nuclear program.

But following the signing of a provisional agreement over Iran's nuclear program in April, the Indian government increased its efforts to deepen the country's commercial ties with Teheran. The US, on the other hand, has raised objections over doing business with Iran, and cautioned that there is no certainty of reaching a final accord with Teheran on the nuclear issue by a June 30 deadline.

However, India and Iran have shared cordial relations, with the latter being one of the major sources of energy for the fast-growing Indian economy. And by developing the strategic Chabahar port, India will have a sea-land access not only to landlocked Afghanistan, but also to other Central Asian states.

On the trade front, India's exports to Iran have almost doubled over the past two years to $4 billion, and Indian companies are seeking to scale-up their business activities in the country.

In a DW interview, Michael Kugelman, South Asia expert at the Washington-based Woodrow Wilson Center, says that if the development of the port goes according to plan, then we will see the creation of new trade routes stretching from the northern reaches of Central Asia down to Chabahar, in southern Iran.

Kugelman: 'Chabahar will effectively be a way station for energy imports coming from the Gulf region and destined for Afghanistan and Central Asia'

He adds that Afghanistan stands to benefit the most from the project as trade volumes from the war-torn country to markets in Europe and the Middle East could soar exponentially.

DW: What exactly does the pact say about India's role in the development of the Chabahar port?

Michael Kugelman: The recently concluded agreement was in the form of an MOU - not a formal agreement - with the intention that the MOU will serve as a stepping stone to a formal accord to follow. Though the wording of the MOU is a bit vague, it appears that India has pledged to commit about $85 million to construct container and multi-purpose terminals.

In other words, India has pledged to develop the types of infrastructure that in due course will make the port more operational. This is, to be sure, a rather modest pledge, and especially if one compares it to the billions of dollars that China recently agreed to spend in Pakistan on a series of infrastructure projects, including the port in Gwadar.

Also, it's important to remember that there is no final agreement yet between India and Iran. The MOU, however, puts both countries in a strong position to begin negotiations on a formal commercial contract. The port is to be used to receive and to ship a variety of products, though the initial focus seems to be on energy products, and especially crude oil.

In reaction to what they view as India's growing crackdown on foreign-funded charities and activists, a group of NGOs has appealed in an open letter to PM Narendra Modi to put an end to "coercive actions" against them. (08.05.2015)

Female sterilization has been one of the common forms of family planning in India for decades. Analyst Ravi Verma tells DW about the problems related to sterilization services in the world's second-most populous nation. (06.05.2015)

Indian Premier Modi is wooing investors to build new cities, roads, factories and trains. The hardest part? Finding the land to do it as the pro-industry leader's reforms spark protest. Sonia Phalnikar reports from Pune. (18.04.2015)

How important is this deal for Indo-Iranian ties?

India-Iran relations are rather complex. On the one hand they have been cordial enough to sustain a very deep energy relationship, with India importing a fair amount of Iranian hydrocarbons, though India has reduced these imports in recent years due to US sanctions on Iran. At the same time, there are tension points owing to India's desire to improve relations with Washington.

However, if the US and Iran reach a final nuclear deal, this tension point in India-Iran ties may well be defused.

The deal is significant for bilateral relations as it would signify that India is committed to supporting a major infrastructure project in Iran. It would also emphasize - though certainly not for the first time - that India regards Iran as a partner, not a pariah.

At the same time, I think India will be cautious in moving forward, and it may well not sign a final agreement with Iran until or unless the US removes some sanctions on Iran. India values its relations with Iran, but the Modi-led government seems quite keen on not provoking the US.

What are the geopolitical implications of this project for the region?

The geopolitical implications are huge. This may be one of the most consequential developments in the broader region for quite some time. If everything goes according to plan, then we will see the creation of new trade routes stretching from the northern reaches of Central Asia down to Chabahar, in southern Iran.

Additionally, the Chabahar project will set up a notable competitive dynamic with Gwadar port in Pakistan. Just as India wants to build up Chabahar to open up new trade routes and economic exchanges through Iran and northward, China wants to build up Gwadar to open up trade routes and economic exchanges through Pakistan and northward back to China.

How does this project grant India a sea-land access route to Afghanistan?

The main reason India wants to develop Chabahar is to allow itself easier access to Afghanistan but also to Central Asia - an energy-rich region that is very appealing to energy-starved India. Pakistan refuses to let India use Pakistani territory for transit to and from Afghanistan, so India sees Iran as the next-best option.

In fact, I would argue that had Pakistan extended transit permissions to India, then India may not have been as interested in building up Chabahar. In recent years India has been particularly active in engaging Central Asian states for the sake of pursuing energy deals.

India knows, however, that if it is serious about acquiring stakes in Central Asian gas fields, it needs to find a direct way to access the region. It can't do so through Pakistan, so it will happily settle for going through Iran, which may be more circuitous, but is nonetheless more feasible.

Why is this project important to Afghanistan?

I would argue that this Chabahar project is more important to Afghanistan than to anyone else. It could be an economic bonanza for an economically troubled country - and one that will suffer even more now that the "war economy" has been greatly scaled down. 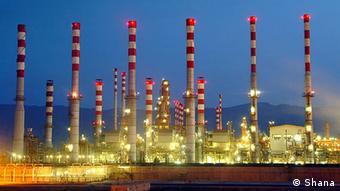 What are the US' objections to this project and is this likely to have any effect on US-Indian ties?

The US categorically opposes any projects in which money is given to or invested in Iran. This is because of the sanctions on Iran that forbid it from engaging in many different forms of economic exchanges, and particularly those involving energy.

The US has not vociferously opposed this project, but I imagine its silence conveys a lack of approval. I don't think this project will have an effect on US-Indian ties, because the Indians will likely wait to see if sanctions are lifted on Iran - following a hypothetical US-Iran nuclear deal - before they move toward a final agreement on Chabahar. If there is a US-Iran deal, then India will likely move forward on the project - and at that point I doubt the US will offer any resistance.

And in fact the US would be wise to support this project, and unconditionally so. After all, the project could help bring economic stability to Afghanistan and contribute to more regional integration in South and Central Asia - the very goals that the United States has frequently articulated for this part of the world.