Concerned about an Islamic insurgency in Xinjiang Province, China has offered to assist in the Afghan peace process. But experts say China lacks direct access to the Afghan Taliban and relies on its clout over Pakistan. 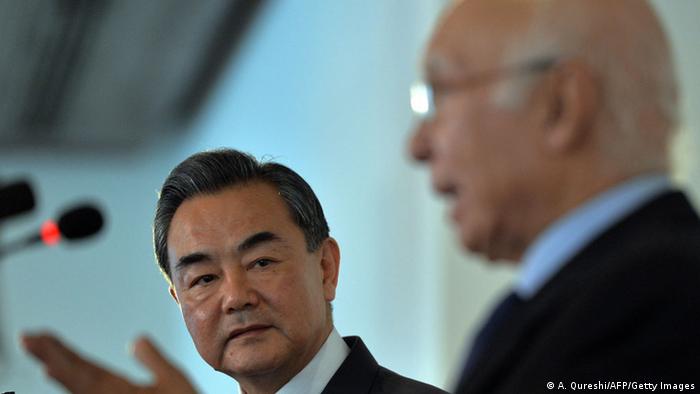 China has not been directly involved in Afghan politics since 2001 when US-led international forces toppled the Taliban regime. Instead, Beijing has focused on economic investments and strengthening trade ties with the war-torn country. However, with the end of NATO's military mission in Afghanistan last year, Beijing now wants to play a more active role in the region.

On February 12, Chinese Foreign Minister Wang Yi announced that his country was willing to mediate in efforts to engage the Afghan Taliban in peace negotiations. "We will support the Afghan government in realizing reconciliation with various political factions including the Taliban," said Wang during his two-day visit to Pakistan.

Experts believe China lacks direct access to Taliban leaders and relies on Pakistan's relations with the militant group. Still, some experts are optimistic about Beijing's peace initiative as China has strong strategic ties with Islamabad and is trusted as a regional power by Afghanistan and even the Taliban. 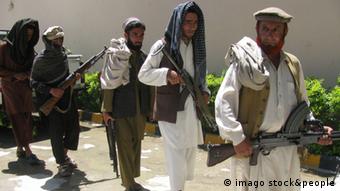 Experts say China has no direct access to Taliban leaders

"Given the mistrust between Kabul and Islamabad both countries want a regional power like China, which has their trust, to play a facilitating role in peace talks. The Taliban, too, trust Beijing and this all can help the Afghan peace process," Haroon Mir, analyst and a former member of Afghanistan's Centre for Research and Policy Studies, told DW.

Pakistan, a close strategic ally to China, was one of the first countries to recognize the Taliban regime when they seized power in late 1990s. The Afghan government has accused Islamabad of supporting the militant group's guerilla war against Afghan and international forces since 2001. Pakistan, however, has always officially denied the allegations.

China has offered to support the Afghan government in reconciling with the Taliban. But while Beijing brings major diplomatic and economic weight to the table, the prospects of success are slim, as Andrew Small tells DW. (12.02.2015)

While many states are downsizing their nuclear stockpiles, Asia is witnessing a buildup. Pakistan, located in a region "most at risk of a breakdown," has the fastest-growing nuclear program, as Gregory Koblentz tells DW. (02.12.2014)

A Taliban delegation recently visited China, but the group's spokesman said the visit was not to discuss Beijing's role in Afghan peace process. Zhu Yongbiao, an associate professor at Institute for Central Asian Studies (ICAS) of Lanzhou University, believes the visit was intended to establish initial contacts and build trust.

"The current contact with the Taliban is more like an initial attempt to establish a connection for the future and to prepare for a more active engagement in Afghanistan. The main purpose is not to act as a mediator right now," he told DW. The Chinese expert also believes China lacks direct and effective means of intervention and participation in Afghanistan's peace process, but could still play a supportive role as a "provider of funds" in the future.

But China's interest in the Afghan peace process is not limited to its desire to increase its regional influence. Andrew Small, a fellow with the Asia program of German Marshall Fund of the United States, told DW that China was worried about the implications of the West's drawdown in Afghanistan and its effect on Xinjiang province.

"Beijing fears that a deteriorating situation there [in Afghanistan] could have destabilizing implications for Xinjiang, China's restive northwestern province, and for the wider region, impacting on China's ambitions for a 'Silk Road economic belt' and risking a proxy war between India and Pakistan," Small said in a DW interview.

The Uyghur nationalist East Turkestan Islamic Movement, active in Xinjiang, used Afghanistan as a safe haven when the Taliban were in power in Afghanistan. If faced with another civil war, the Chinese fear that Afghanistan could once again become a safe haven for Uyghur insurgents. On the other hand, Beijing is worried that an even longer war in Afghanistan will put its economic investments in the war-torn county in jeopardy.

Ahmad Saedi, an expert on Afghanistan, said protecting its present or future investments in Afghanistan was one of the main factors behind China's interest in Afghan peace process. 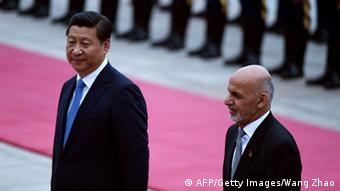 "China has huge economic interests in a safe Afghanistan, as some Chinese companies have signed big contracts with the Afghan government. Beijing is worried about the faith of these contracts as international troops leave Afghanistan," Saedi said.

China has increased its economic aid and investment in Afghanistan over the past four years. Metallurgical Corporation of China has the biggest contract with Afghan government which amounts to 3.5 billion dollars in order to develop Aynak Copper mines. The company is yet to start actual work as insecurity has been the main obstacle for the Chinese in Afghanistan.