WildLeaks: a whistlebower platform for poaching and wildlife crimes | World| Breaking news and perspectives from around the globe | DW | 27.08.2014

WildLeaks: a whistlebower platform for poaching and wildlife crimes

Many witnesses of poaching or other wildlife crimes remain silent, fearing retribution. An anonymous whistlebower platform aims to change that. The WildLeaks project is turning information into action on the ground. 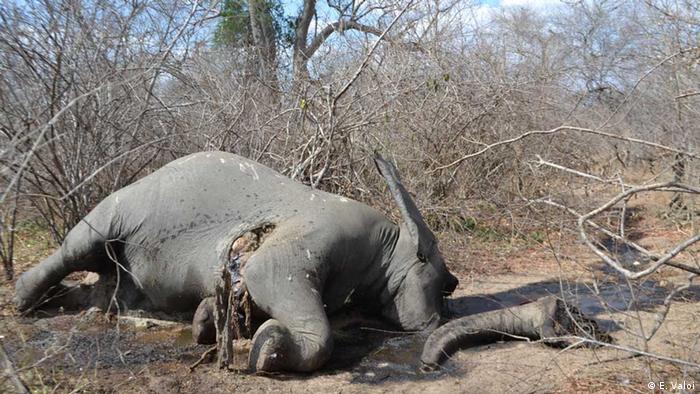 DW: What kind of leaks are you receiving?

Andrea Crosta: All kinds. We've received leaks about the poaching of tigers in northern Sumatra; the smuggling of apes, in particular chimps, in Central Africa; elephant poaching and ivory trafficking; illeg al logging in central Mexico, Malawi, Russia; illegal fishing off the coast of Alaska. On average we receive between 5 and 7 leaks per week, of which, at the moment, at least three or four are usually assessed as reliable, as good - as a possible basis for investigations.

How do the leaks get investigated? And who's investigating them?

Once the leak has been assessed as good and reliable, we basically have three options: We can start an investigation on our own with our human resources in collaboration with our partners; we can share this leak with another organization - another NGO more expert than us, and we then help them; or we can share the leak with selected law enforcement agencies. 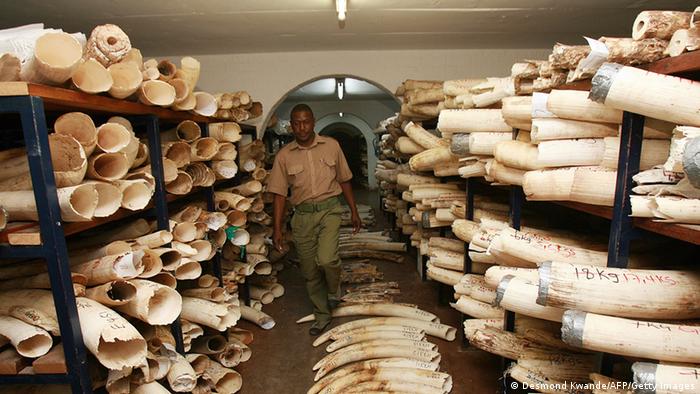 For example, a lot ivory exits Africa from the ports of Mombasa [Kenya] or Dar es Salaam [Tanzania], so in these countries, we're active - proactive actually. We're in the field, we try to build networks of potential whistleblowers, we recruit sources, we investigate with other partners, and we try to get as much information as possible on the criminal networks.

Extremely delicate. Some of my team, including myself, come from security and private intelligence and homeland security. So personally, I've been doing this for almost 20 years. And we know how to start an investigation below the radar, how to use local resources, how not to attract attention - unwanted attention.

Why are locals so afraid?

People are making a lot of money out of wildlife crime. It's a multibillion-dollar industry. And both in origin countries in Africa - talking about ivory, for example - or destinations like Asia/China, there are powerful people involved: organized criminal groups, corrupt government officials, corrupt politicians, corrupt security officers, and also very well-known, legitimate businesses behind the scenes, using import-export licenses to smuggle ivory or rhino horn. In certain countries, like in Africa, these people are able to control the police, are able to control corrupted parts of the security agencies. So I fully understand why people who live there do not report. It's a very risky business to report, unless you have an anonymous way to do it.

It's totally anonymous. We don't have any idea who's sending the links or where they come from. It's based on this technology called Tor, which is the best available on the market to protect users from monitoring by external entities. 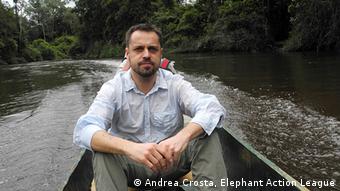 How big a problem is poaching and the trafficking of animals?

A pair of tusks in Kenya is worth three, four years' of salary. It depends where, of course, but we know that poachers can get a few hundred dollars. And a few hundred dollars in those areas - it's a lot of money. Then, as the ivory travels all the way to Asia, which is the final destination, the price keeps rising. And on the black market in China now, we're talking about $3,000 (2,300 euros) per kilo.

What's changed is that, in the last three-to-five years, the price of ivory and rhino horn has again skyrocketed. It became, once again, very, very profitable to traffick in ivory. One of the reasons, for example, is the destination market, the consumer market, in particular China, grew a lot. So the middle class can afford more, can spend more. And there is a huge demand for ivory.

Criminal networks that smuggles ivory are also into other kinds of crimes, like human trafficking, or like drug trafficking. So it's a very, very complex issue that requires a highly collaborative approach, which I'm afraid, at the moment, we don't have.

Are you confident you'll see some good results?

We've launched our own investigations, three of them, all in Africa, and all on ivory trafficking. We'll see the results probably in a few months. We're targeting the upper layers of wildlife crime, and we're trying to get a better understanding of their networks. We're not after easy catches.

Andrea Crosta is the project leader and founder of WildLeaks. He is also the executive director and co-founder of the Elephant Action League (EAL).

More rhinos were killed by poachers last year in Africa than ever before. In 2014 the dubious record looks set to be broken again. The black market price for rhino horn is now considerably higher than cocaine. (21.07.2014)

The United Nations will this week seek ways to stiffen environmental laws to crack down on everything from illegal trade in wildlife to mercury poisoning and hazardous waste. (23.06.2014)

Imagine Paris without the Eiffel Tower, or Cairo without the pyramids? For some countries, losing their iconic wildlife would be like losing these tourist attractions, says Bradnee Chambers in this guest commentary. (07.03.2014)