Imagine Paris without the Eiffel Tower, or Cairo without the pyramids? For some countries, losing their iconic wildlife would be like losing these tourist attractions, says Bradnee Chambers in this guest commentary. 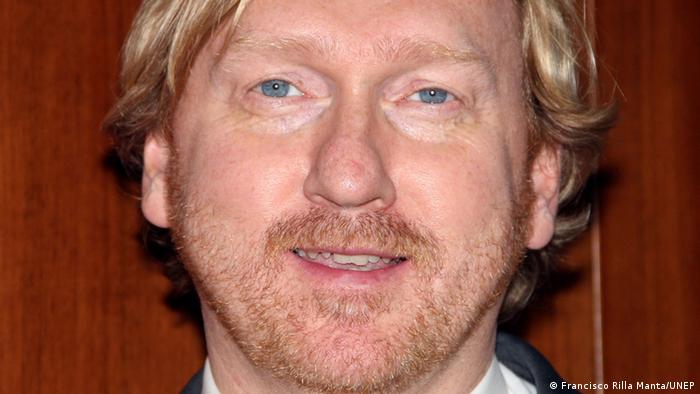 As the global travel industry convenes in Berlin to attend the International Tourism Board (ITB) this week, a group of African tourism ministers and the World Tourism Organization (UNWTO) are using the fair to send out a clear message against poaching and the illegal trade in wildlife.

Many birdwatchers travel overseas to satisfy their ornithological passions and some of the first overseas tours were for bird watching when air travel became economical in the 1960s and it remains very popular to this day.

Even if wildlife is not the sole reason why a holidaymaker travels to a particular destination, once there wildlife is often part of the package of tourist attractions. I just recently went to Tenerife for a winter break and spent a day dolphin and whale watching. Whale and dolphin watching in the Canary Islands employs thousands of people.

What the tourism industry is realizing is that wildlife means “big bucks” and is worth much more alive than dead.

For example, Indonesia has just created the largest sanctuary for manta rays because it estimated that a manta ray is worth one million dollars over the course of its life from tourists wanting to see the gentle giants in their natural habitat.

When wildlife is under threat, so too are revenues from tourism. This is why a new alliance is forming between ministers of the environment and ministers of tourism.

Both are feeling the disadvantages resulting from the decline in wildlife. Both now realize they have a common goal and that is to expunge the thirst for ivory and other threats to wildlife and the natural environment.

This is the motivation behind the meeting of African ministers of tourism at the ITB. They came to the world's largest tourism trade fair to raise awareness on the need to combat poaching.

The illegal killing is bringing elephants to the brink of extinction. In 1979 there were 1.3 million elephants in the wild in Africa, today possibly 500,000, of which on average 100 are being killed each day by poachers.

But it's not just poaching that is threatening the tourism industry and it's not just elephants that are threatened. Some of the most iconic wildlife-related tourist attractions on the planet are at risk from climate change, overfishing, by-catch and barriers impeding animals on their natural migration to breeding and feeding grounds.

Some of the most iconic species on earth such as whales, lions, river dolphins, great white sharks, marine turtles, mountain gorillas, birds of prey, polar bears and thousands of others are under a greater threat than at any other time in human history.

Some of the greatest migration phenomena in the world, some of which attract thousands of tourists every year could be a thing of the past even in our own lifetime.

In Africa the largest and most diverse mammal migration in the world entails 1.3 million wildebeest, 600,000 zebras and Thomson's gazelle moving between the Masai Mara and the Serengeti plains.

It is the only remaining animal migration that can be seen from outer space and the reason why the Serengeti National Park in Tanzania is being listed as a World Heritage Site by UNESCO.

Some say that in 30 years this common heritage of mankind will be just another story only to be read about in the history books like the massive migrations of the bison on the Great American Plains.

Many of these endangered species and many of the great migration themselves are protected under international law through conventions such as the convention on migratory species, but countries need to redouble their efforts if they want to avert the many threats that wildlife is facing in these unprecedented times of human development.

By far the most important step to saving wildlife is to recognize that it is an asset and like any asset it needs protecting. Tourism ministers have realized this, environment ministers have known it for a long time, but now finance ministers must do so too.

Only when we properly account for their value and not take them for granted will we be able to ensure that major tourist attractions will still be there for future generations.

Dr. Bradnee Chambers is the Executive Secretary of the United Nations Environment Programme's Convention on the Conservation of Migratory Species of Wild Animals

Tanzania has dropped plans to build a highway through the Serengeti that would have hindered the migration of millions of animals. Conservationists celebrate a victory for nature, but fear that the threat is not over. (11.07.2011)

In London, Prince Charles and global heavyweights take on poaching

World leaders meeting in London have agreed to combat the illegal wildlife trade. They are particularly concerned about the plight of elephants, rhinos and tigers, prized, respectively, for their tusks, horns and skins. (13.02.2014)

African states in which the illegal ivory trade flourishes have agreed to take urgent measures to try and contain it, promising to secure elephant populations across the continent. (04.12.2013)