More rhinos were killed by poachers last year in Africa than ever before. In 2014 the dubious record looks set to be broken again. The black market price for rhino horn is now considerably higher than cocaine. 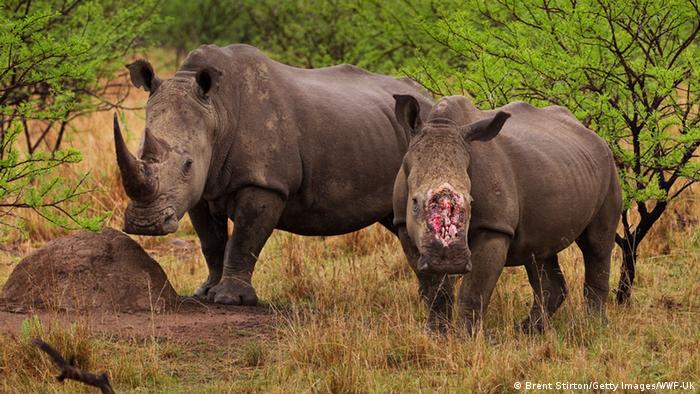 Poachers from Mozambique's poorest villages sneak into South Africa, heavily armed under the cover of darkness. They are here to hunt rhinos. The money they make from just one rhino horn is enough to feed their families for months. It’s a payoff worth risking their lives for.

Between 1990 and 2007 poachers killed on average 14 rhinos a year in South Africa. Last year it was more than one thousand and this year a new record could be reached. By mid-July 558 rhinos had perished already in South Africa, killed for their horns which are then re-sold in Asia. Despite long term efforts to increase the white and black rhino population, their survival is still endangered.

It takes just 48 hours for the rhino horns to be transported from South Africa to Asia. Many rich buyers in Asia like to show off their new wealth with rhino horns and ivory. In Vietnam, where most of the horns are sent, the elite even like to mix grinded rhino horn into their drinks.

It’s all about status

The powder is also used as a miracle cure. The sellers claim it reduces fever, detoxifies and works as a relaxant. Many like to think it cures cancer, despite scientific evidence to the contrary. 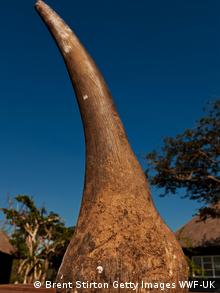 One kilogram of rhino horn can go for more than 50,000 euros ($67.62 million) on the black market. One kilogram of gold, in comparison, costs around 31,000 euros. Many non-governmental organizations have started information campaigns targeting consumers in Asia.

"It’s a matter of informing people about the cruel way the animals are killed and also, that it is illegal,"said Brit Reichelt-Zolho, who works as an advisor on southern and eastern Africa for the World Wildlife Fund (WWF). The relevant governments could also play an important role, she says. In Asian countries they have considerable influence on society and can bring change to their countries,according to Reichelt-Zolho.

Despite an international agreement actually outlawing the rhino horn trade, horn sales are actually increasing worldwide. Pelham Jones, chairman of the Private Rhino Owners Association in South Africa, is convinced that legalizing the trade in rhino horns would reduce the problem of poaching. "We think that the illegality increases the attraction of the horn,"he said. "If you could buy the horns legally it might decrease the illegal purchases, as well as the price."

Private owners like Jones have to register each horn of a deceased rhino and even have to submit a DNA sample of the animal. The horns are kept at a horn bank to prevent attacks on the owners. "You would never show off that you own a horn," Jones told DW. "That could endanger your entire family."

But the horns are of no use to anyone in storage, argues Jones. They are not allowed to be sold or even destroyed. "You could make money for protection of the animals with good political strategies and a regulated sale,"he said.

But Brit Reichelt-Zolho sees things differently. "The WWF opposes the legalization of the rhino trade. We ask: why is it being proposed now and not earlier, when the prices weren’t as high? There are definitely profit motivations behind it."Additionally the huge demand wouldn't be covered by the reserves of the private owners. Then, the wild stock would be endangered even more, the WWF expert says. 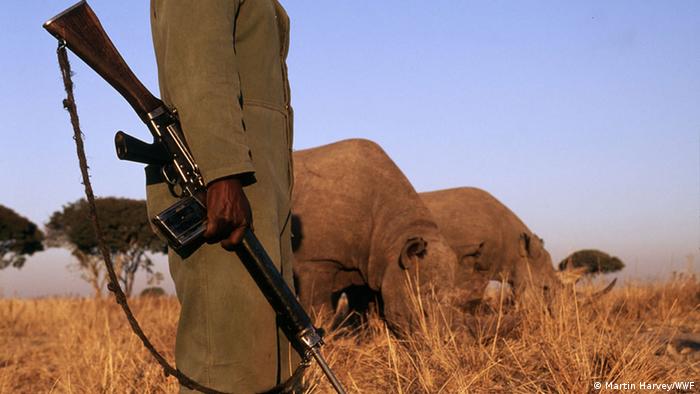 Wealthy Europeans and North Americans are legally allowed to hunt rhinos in South Africa if they are prepared to pay for the pleasure. The fees they pay for the licenses generate a huge amount of income for many African states, which then use the money for conservation. For the trophy hunts, old animals are often chosen. These animals are not able to reproduce anymore and often unsettle their herds. When they are killed, younger animals can often reproduce easier.

According to WWF, in the last years more and more pseudo hunters are appearing though. These are people who have no interest in the trophy hunt but only in smuggling the horns to Asia. Since 2012 South Africa has stopped issuing new licenses for Asian and Eastern European hunters after several scandals hit the headlines.

The increase in rhino hunting is "a development issue which can't be solved by anti-poaching campaigns and harsh penalties alone,"according to Reichelt-Zolho. In order to stop it, countries need sustainable development strategies and economic systems which improve the general living standards of society. Government ministries, the World Bank and other players all have to work together to solve the problem, she believes.