The United Nations will this week seek ways to stiffen environmental laws to crack down on everything from illegal trade in wildlife to mercury poisoning and hazardous waste. 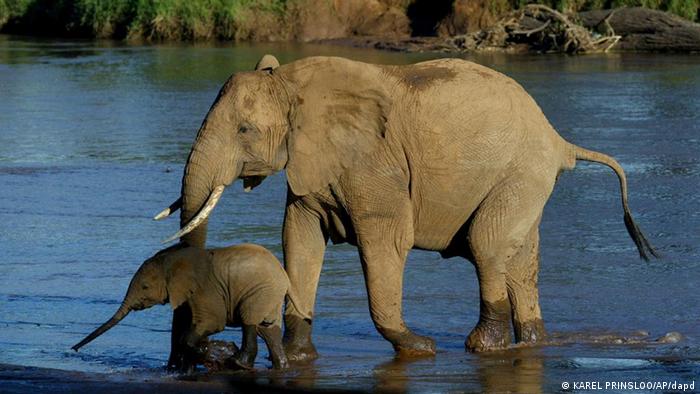 The UN Environment Assembly (UNEA), a new forum of all nations including environment ministers, business leaders and civil society, is holding a four day meeting in Nairobi starting June 23 to work on ways to promote greener economic growth.

DW: This drive by UN includes giving environmental laws more teeth. How could this be done?

Carroll Muffett: There are a number of challenges that face international environmental law. One of the most important is political will. The best laws in the world won't matter if countries don't have the political will to take them seriously and to enforce them. Closely related to the question of political will, which applies across every country, is the question capacity, technical capacity, financial capacity and the infrastructure to enforce the laws. For the last 20 years and more, the developing world has looked to countries like the US, looked to the countries of Europe and the OECD to provide financial support so that if developing countries are taking on new commitments under these treaties, there is some sort of technical and financial assistance to help them meet those commitments. 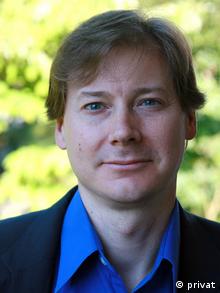 Carroll Muffett: 'CITES is a testament to how we can solve problems if we work at them together'

Regrettably one of the most consistent themes that we've seen over these last 20 years is that those financial commitments from the developed countries to the developing countries are not being met.

What can be done to encourage that political will?

I think that's a thousand dollar question. In terms of creating political will, moments like this UNEA conference help coalesce and help focus that will. They provide terrific moments for countries to make political statements, to make political commitments that do count for something. Ultimately the challenge lies in what happens when leaders leave the UN and go back to their capitals. Are they getting the support internally to deliver on those commitments? One of the biggest challenges we see here in the US is that for many years our own Congress and particularly our own Senate have been a key barrier to delivering on those commitments. And so ironically whereas the US was an early leader in the development of international environmental law for many years, now we've been a barrier to progress in international environmental law. One rare promising sign is that the US was actually the first country to ratify the new mercury convention.

What has been the impact of the slow progress in implementing internal environmental laws?

We see the impacts all around us. If you look at rising global temperatures and the impacts of climate change which are increasingly evident all around us - that's a clear impact of failing to deliver on commitments that were made to the international community. If you look at declining biodiversity and accelerating rates of extinction and species loss - that is evidence of continuing failure to meet commitments to the international community with respect to biodiversity. Ironically, wildlife trade is one of the areas where the international community made a great deal of early progress under the CITES treaty (Convention on International Trade and Endangered Species). The international community adopted it in the early 1970s and many of the problems we were facing at the time have now receded into the past. CITES is a testament to how we can solve problems if we work at them together. But commitment to wildlife enforcement has to remain constant. One of the challenges to CITES has been that the trade itself doesn't go away and so you need constant vigilance. Here again you face the question of political will. If you look at the moratorium on elephant ivory under CITES, in its early history, this was a place where elephant populations began to recover and the ban was having a positive effect. Not satisfied to let that ban stay in place, parties under pressure began adopting exceptions and loopholes to the elephant ivory ban. Those exceptions and loopholes sent signals to poachers on the ground and you know what - there was a market there again, whereas once there was no market, now there's market.

What additional measures are needed to crack down on wildlife crime?

One of things that we have seen is a growing recognition of the seriousness of wildlife crime and the way in which it intersects with other problems, whether its drug trafficking or gun trafficking, or supporting conflict in conflict zones. Wildlife crime was for a long time viewed by prosecutors and by judges as relatively minor, relatively trivial offences. But what we see when we look below the surface is that wildlife crime is part of broader networks of crime that include human trafficking, drug trafficking trade in conflict minerals and importantly, conflict timbers that can sustain conflict in very vulnerable regions. Recognizing those linkages is key to addressing illegal wildlife trade.

Carroll Muffett is the President and CEO of the Center for International Environmental Law, Washington, DC

UNEP chief: No 'doomsday scenario' for the environment and sustainable development

The UN Environment Assembly (UNEA), initiated at the Rio summit in 2012, is meeting in Nairobi for the first time from June 23 - 27. UNEP chief Achim Steiner told DW about the new body and the issues on the agenda. (23.06.2014)

The KAZA National Park is setting new standards for the protection of flora and fauna. DW Akademie's comprehensive journalism workshops aim to help raise cross-border awareness about the importance of biodiversity. (14.03.2014)

FAQ: What are biodiversity hotspots?

Plants, animals, landscapes: our planet is home to a wealth of species. But some places host a greater variety than others and are considered worthier of protection. What makes a place such a “biodiversity hotspot”? (11.02.2014)