Greece has managed to partially contain wildfires that raged for days in the Athens suburbs. What remains are burned forests, thousands of people without homes and a government without a plan. DW's Barbara Wesel reports. 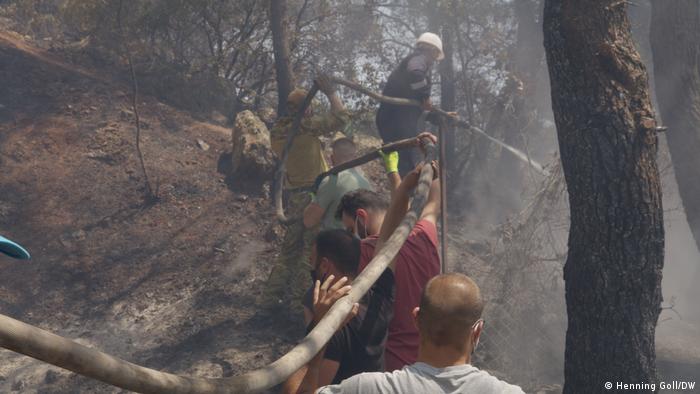 The hill near Mount Parnitha outside Athens, a national park and the capital's green lung, has been Irini's home for decades. This is where she grew up and where she wants to stay. As the wildfires drew ever closer in recent days, police brought the residents to safety. But a day later, Irini is back, trudging slowly but doggedly up the street with her walker.

"Tell the firefighters to throw water on my house; I want to go back," she pleads. Police officers come and try to take her away. "No, I'm not leaving here; I live here," the old lady says defiantly. 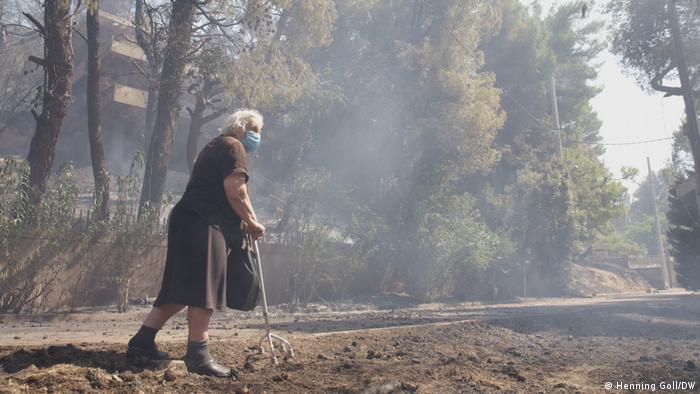 Irini, who has lived in the Mount Parnitha national park all her life, refuses to leave

The younger residents, meanwhile, have taken matters into their own hands as they fight to save their homes and forests. Hundreds of volunteers are trying to help with the firefighting efforts.

One group has managed to get hold of an old truck with a pump from a farmer. Ten men drag a large hose up the slope; the first flames are already leaping up the back of it. The residents are driven by a courage born of despair. They are aware that if they don't manage to put out the fires in this small patch of forest, the flames will soon race towards their houses.

At the end of the road, there is a clear view of the former royal gardens of Tatoi. "That was a paradise, with rare trees, peacocks and game," one ash-smeared resident says, "and look at it now. It's like a moonscape. Everything is burned."

Meanwhile, Jorgos and other neighbors are using picks and shovels to try to prevent the fires from flaring up again. Once the fire has raged across the forest, the hot ground reignites again and tree stumps can smolder for weeks. All it takes is one gust of wind for the fires to restart.

"The whole area here is burning down! We have lost the best part of Athens. We grew up here, and it hurts us so much to see this," Jorgos says.

Like the other residents, he is angry at the government. Everyone had known for years that the fires were getting more and more severe, he said. "Why are there so few firefighters and fire trucks and only two firefighting planes?" Jorgos says.

Nelli, from the neighboring village of Krioneri, agrees. "All the government does is appear on TV, all spiffed up and polished, and tell us that it's a great success that we don't all die in the fires," he says. "They should have hired firefighters instead of thousands of new police officers."

Indeed, the evacuation of the affected areas is the only thing that has worked well in recent days. In 2018, a catastrophic fire in the Athens suburb of Mati killed more than 100 people. This time, the authorities at least had a plan for getting residents to safety. 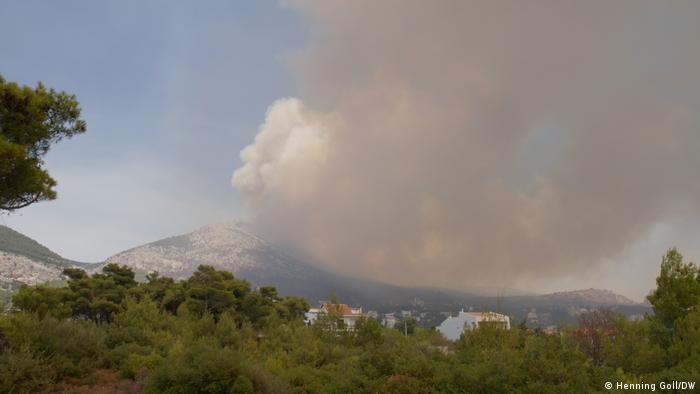 But the same can't be said of the firefighting effort. It took days for the army to be called in to help. The operation was hobbled by outdated fire trucks and an overall lack of equipment.

"We haven't slept in three days. It's like a war; we're beat, but we keep going. You can't just watch this," an exhausted firefighter says. The fire was fueled by a number of factors. First it was temperatures of over 40 degrees Celsius (104 degrees Fahrenheit), then strong winds that fanned the fire even across the closed Highway 1 heading north. The highway was supposed to prevent the fire from spreading to other parts of the city.

By the end of last week, help had arrived from the rest of Europe to bolster firefighting efforts. The aid included a few water-bombing planes, vehicles and firefighters from France, Bulgaria, Slovakia and other countries.

Around Mount Parnithos, Cypriots are helping local forces. ”The situation is really difficult," Dimitris Katzivlis, head of the operation, says. "It's tragic! We are helping our Greek colleagues here, but it is worse than we expected." 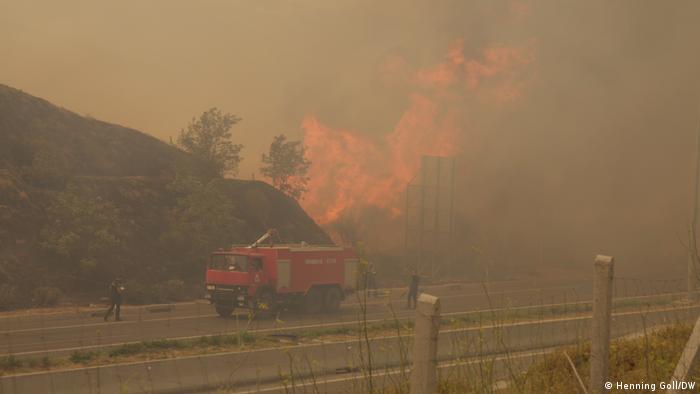 The highway failed to act as a firebreak

An economic and environmental blow

Greek Prime Minister Kyriakos Mitsotakis is under pressure and is trying to reassure citizens. Everything will be done to compensate the victims of the fires, he has said. But his government faces an uphill task.

A devastating fire on the island of Euboea off Athens has hit hundreds of farmers hard, destroying their livelihoods. The farmers are furious and feel let down because they say the government is focusing scarce resources on the capital, leaving the island to burn down.

But in the suburbs around Athens, too, many have lost everything. They are now waiting in reception camps for the promised aid from the government.

The wildfires come at a time when Greece faces a precarious economic situation. The country had just recovered from the aftermath of the financial crisis when the COVID-19 pandemic hit. And now, just as tourism was limping back to business, the fires have dealt another blow to the economy.

The government can request emergency aid for natural disasters from Brussels. Beyond that, however, the billions from the coronavirus recovery fund may be the only salvation. These funds are supposed to be used, in particular, for the ecological transition of member countries.

But Greece has so far failed to outline an overarching plan to move towards a greener future. There is a lack of environmental awareness, and the country has no "green" party in parliament. Electricity producers have already warned that energy prices will rise by 15% in September. Some 2,000 power poles have burned down and parts of the grid have been destroyed. An old coal-fired power plant had to be restarted to meet demand. Greece, which receives abundant sunshine, is also a laggard when it comes to renewable energies.

Mitsotakis has promised that "the forest that burned down outside Athens will be replanted." But that's far from easy. 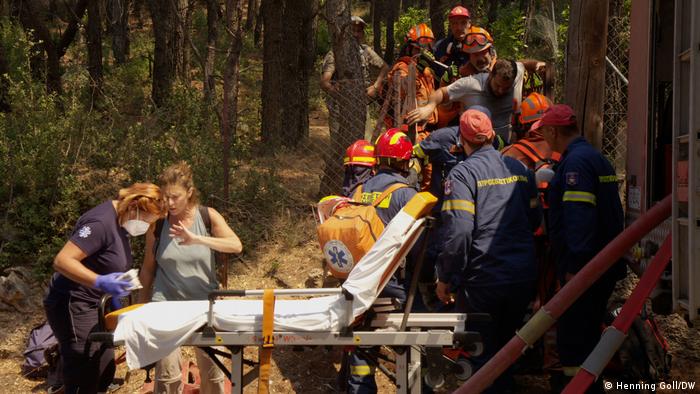 The evacuations were the only thing that worked well

"This here was original, pristine forest," Dimitri, a resident who is standing in the ashes near Mount Parnitha with his shovel, says. You can't just replant it like that, he says, and it will take at least 20 years for the trees to grow back.

Next winter, he says, the next disaster is already lined up, when rains wash the bare soil from the hills, triggering landslides that could sweep the remnants of the forest down into the valley.

The fires are an environmental disaster to which the country currently has no political answers.