Why organ transplant is so difficult to carry out in Japan

Restrictive laws, religious concerns and a lack of knowledge about donating organs mean that medically-sophisticated Japan lags well behind other nations in life-saving operations. Julian Ryall reports from Tokyo. 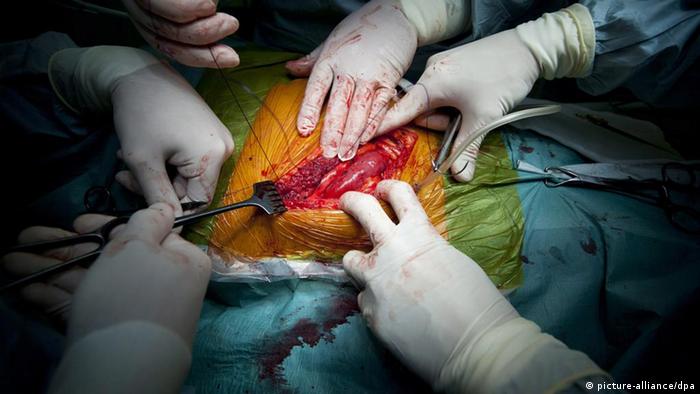 Japanese researchers have bred skin tissue out of reprogrammed stem cells. The tissue included sebaceous glands and hair follicles. Is it a first step towards the dream of "breeding" transplantable test-tube organs? (01.04.2016)

China has renewed its promise to terminate its use of executed prisoners as sources of organs for transplant. International rights groups have long accused China of taking inmates' organs without consent. (04.12.2014)

In China, executed prisoners have been the main source of organs for transplants for decades. However, the authorities want to phase this out by 2015 and build up a national donation scheme. (21.12.2012)

Across Japan, an estimated 40,000 people are waiting to hear that a suitable donor organ has been found for them and that they can undergo the operation required for them to once again lead a normal life. Most, however, will not receive the call before their medical complaints claim their lives.

According to the Japan Organ Transplant Network, some 5,000 people are on the national list for a heart transplant operation, a further 13,000 require a new kidney and 350 need replacement livers. Hundreds more need to undergo lung or pancreas transplant operations and other procedures that require a donor.

Of the total, hundreds are children, including 120 who require new kidneys and 50 who are awaiting a heart operation.

However, the organ donation rate in Japan falls far short of what is required to meet patients' needs, with only 0.7 donations for every million people who die.

As a consequence, there were a mere 58 organ transplants in Japan in 2015. In the same year in the US, more than 30,000 people received life-saving new organs. In Spain, there were 4,360 transplant operations.

"It is very difficult in Japan for legal and cultural reasons," admits Naoko Manabe, a coordinator for the Tokyo-based Japan Organ Transplant Network. 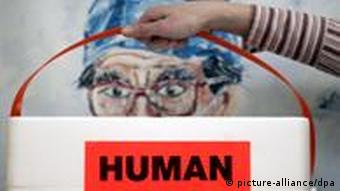 There were a mere 58 organ transplants in Japan in 2015

"Also, it can be difficult to obtain consent from families and Japan is primarily a Buddhist nation, so there is a sense among many people here that the body should not be divided after death," she said. "Many families say they do not want their relative's organs to be removed, even if they can be used for someone else."

There is also a degree of reluctance on the part of some in the medical community here - even though Japanese medicine is renown around the world as amongst the most advanced. That reluctance dates back to 1968, when Professor Juro Wada carried out what is accepted as Japan's first transplant from a brain-dead donor. After the heart transplant, carried out at Sapporo Medical University, the recipient died and Prof. Wada was charged with murder.

The case triggered a long-running controversy over the definition of brain death and, for the following three decades, no transplants from brain-dead donors were carried out in Japan.

"We are working hard to promote the idea of organ donation, such as through leaflets that we distribute to junior high schools each year," Manabe said. "We want to encourage families to talk about this issue among themselves and, through education, to get more people to carry donor cards." 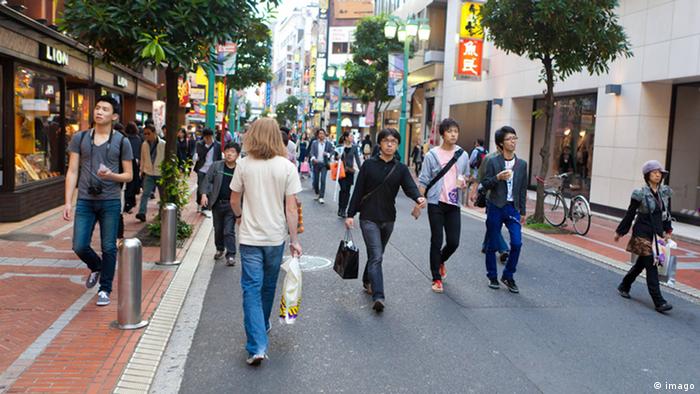 In Japan there is a stronger sense of connection to the body, even after death, than in other parts of the world

Makoto Watanabe, a lecturer in communications and media at Hokkaido Bunkyo University, fears that any changes in society towards acceptance of the concept of donating organs will be slow and incremental.

"Doctors and scientists are being very careful not to take risks in the operations that they carry out, such as organ transplants, and that means they are conservative in their work," he told DW. "Japan is known for having some of the best medical technology in the world and some excellent doctors, so I have the same questions as many people awaiting a transplant; why can't these operations be carried out?"

Connection to the body

Watanabe also believes that in Japan there is a stronger sense of connection to the body, even after death, than in other parts of the world.

"The reasons may be philosophical or religious, but there is a sense that the body is sacrosanct, that life is given by our parents and that the person should remain whole, even in death."

And while Watanabe says he has seen promotional campaigns on television encouraging people to carry donor cards, he worries that younger generations of Japanese - the age group that has most enthusiastically embraced organ donations in other countries - are not sufficiently responsive. 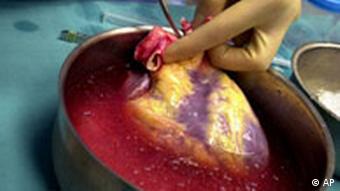 "My fear is that they are still too self-centered and do not think very hard about how they might help or contribute to society," he said. "I see young Japanese as being rather closed off and conservative, yet at the same time freer of many of Japan's traditional values.

"If these age groups can be targeted with facts and information on how they could help, that might have a positive impact, but I am not convinced they can be reached in sufficient numbers," he added.