Executed prisoners are still main source for organ transplants in China | Asia | An in-depth look at news from across the continent | DW | 21.12.2012

In China, executed prisoners have been the main source of organs for transplants for decades. However, the authorities want to phase this out by 2015 and build up a national donation scheme. 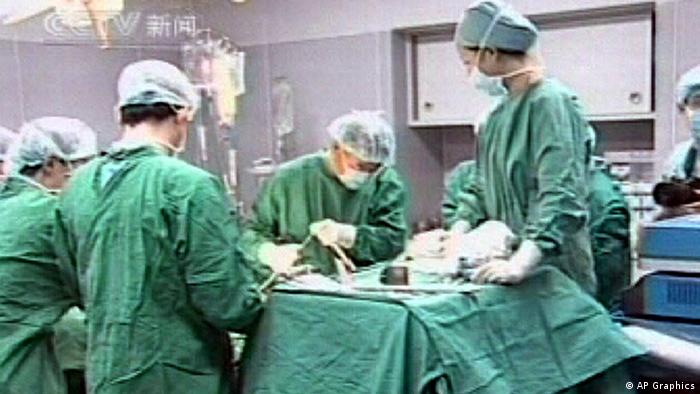 In no other country on earth are there more executions than in China. "The actual number of executions is a closely guarded state secret," says John Kamm, the head of the US-based non-profit Dui Hua Foundation.

"However, in recent years to some extent the curtain has been raised somewhat by officials or scholars who have access to the real numbers and earlier this year we did get some indication as to the number of people executed in 2011 - approximately 4000."

Human rights organizations fear the number could be even higher.

"Even the government admits that prisoner organs are the largest source of transplant organs in China," says Roseanne Rise from Amnesty International. "In 2009, the vice-minister of health said it was not an acceptable or proper source but they recognized nonetheless that a vast majority of their organs for transplant still come from executed prisoners."

The practice has been widely criticized.

"We're concerned that prisoners aren't really independent enough to give meaningful consent," she adds. "When they’re under the control of the state and dependent on it for all of their daily needs it’s difficult to assess whether they’re really giving voluntary consent." 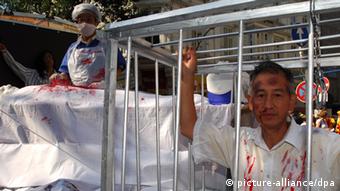 One reason that the organs of executed prisoners have been used since the 1970s is that many Chinese are unwilling to donate their own.

"It's a bit of a cultural taboo," explains Kamm. "The Chinese traditionally believe that when they leave this world and enter the next they have to be in possession of all their organs. So the number of people who have been willing to donate organs is very small."

This led to a situation in which the hospitals and public security organs worked closely together in what became "a very lucrative business," he says.

"This trade in transplanted prisoner organs was big, very lucrative and very corrupt," he explains. "It was done primarily in Chinese communities in Southeast Asia where someone needing a transplant who couldn't get in line and wait would contact or be contacted by an agent who would work out the fee. The individual would fly to China, be put up in a hospital and gain an organ from an execution ground. This was declared illegal in 2007. Whether it still goes on is anyone’s guess." 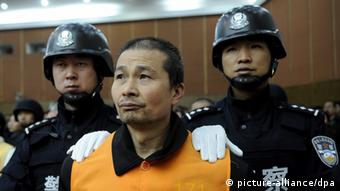 Most executions in China take place in mobile buses by lethal injection. The "execution buses" are often parked right next to hospitals.
According to reports, there are some 10,000 transplants a year in China and 7,000 organs are still from prisoners.

"Medical experts have said that you assume that several organs come from any one cadaver," says Rise.

An estimated 1.5 million Chinese are currently on line for an organ.

Five years ago, the government ruled that organs from executed prisoners could only be given to family members. And recently it said that it would phase out the practice of using executed prisoners' organs by 2015 completely.

The state will have to inform citizens and convince them to donate their organs instead as part of a nationwide scheme. There is some hope that the younger generation is less intent on keeping all their organs before entering the next world.

China vows to phase out reliance on prisoners' organs

A Chinese health official has said the country will stop harvesting organs from prisoners on death row, state media reported. China aims to have an organ donation system in place within five years, he said. (23.03.2012)

The Chinese vice minister of the Ministry of Health, Huang Jiefu, has announced in Beijing that the most important source for organ donations are death row inmates. (09.03.2012)

Poverty and unemployment have pushed many Pakistanis to take desperate measures - health researches have pointed out that many Pakistanis are selling their organs to earn some cash. (29.08.2012)