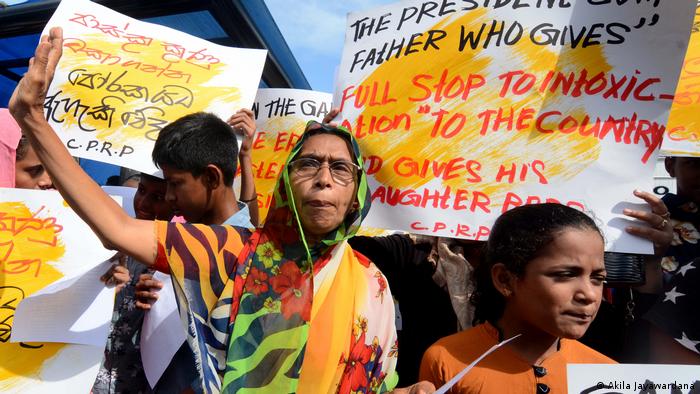 Talking to local media last week, Sri Lankan President Maithripala Sirisena explained the motive behind the reinstatement of the death penalty in the South Asian country. "I would like to announce today, on the International Day Against Drug Abuse and Illicit Trafficking, that I am completely committed to carrying out capital punishment for drug-related offenses," he said.

A moratorium on the death penalty has been in force in the South Asian country since 1976.

Samantha Kumara Kithalawaarachchi, the former head of the Presidential Task Force on Drug Prevention (PTFDP) and the current advisor to Sri Lanka's Drug Rehabilitation Authority, told DW that soon after coming to power in 2015, Sirisena took measures to crack down on drug dealers in the country. He formed an anti-drug task force and appointed officials to work on drug prevention, she added.

According to Kithalawaarachchi, the anti-drug task force initiated tougher legal prosecution and empowered police to deal with drug-related cases. Additionally, thousands of committees were formed in schools and villages to create awareness about drugs.

"It was these committees that demanded that the government hang hardcore drug dealers. The president then announced his decisions to implement the death penalty," Kithalawaarachchi said.

Media reports say that President Sirisena's resolve to punish drug dealers was further strengthened when he met Rodrigo Duterte, his Philippine counterpart, in January. Sirisena praised Duterte's controversial war on drugs, and on his return to Colombo hailed Duterte as a leader who is determined to eradicate the drug menace.

But N Sathiya Moorthy from the Observer Research Foundation in the southern Indian city of Chennai believes that the motivation to reinstate capital punishment could be political.

He told DW that prior to the Easter Day terror attacks in April, Sirisena's approval ratings were strong and his chances of reelection were high. He was expected to get votes from both liberal and conservative sections of the country, Moorthy said.

But the attacks dented his image, with Sri Lankans preferring national and personal security over other things, the expert added.

But Ranga Jayasuriya from the Institute of National Security Studies Sri Lanka (INSSSL) is of the view that the death penalty for drug dealers is unlikely to increase Sirisena's popularity as most people are indifferent to it.

"I don't think it will get him reelected. But it is still premature to say what impact will the decision have on Sri Lankan politics," the analyst said. 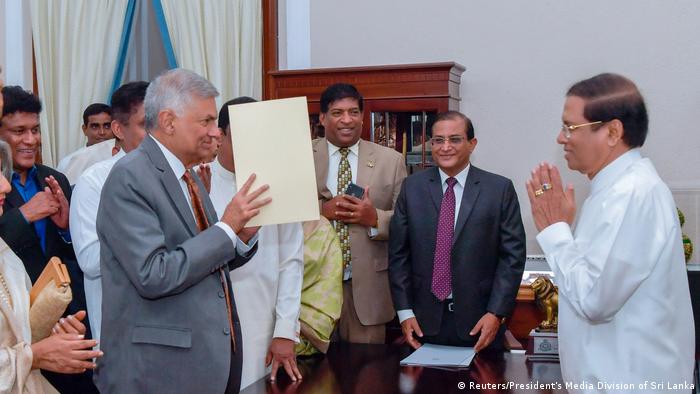 Jayasuriya also said that while the president's initial campaign against drugs was successful, the government had not invested in a concerted drug rehabilitation program. With his term ending this year, Sirisena is unlikely to achieve anything more on this front, he added.

Opposition to the death penalty

Sri Lankan Prime Minister Ranil Wickremesinghe is at odds with the president on the death penalty issue. Earlier this week, he said that he would not support the reinstatment of capital punishment.

Wickremesinghe's opposition to the death penalty has piled more pressure on the president. Human rights organizations have filed several lawsuits against the decision and have demanded Sri Lankan authorities to halt the executions.

Activists Laknath Jayakody and Wellage Sudesh Nandimal Silva believe that the resumption of the death penalty would have far-reaching consequences and would affect all death row prisoners, including murderers, rapists, kidnappers and armed robbers.

Human rights organization Amnesty International (AI) says the death penalty does not deter crime. "Countries who execute commonly cite the death penalty as a way to deter people from committing crime. This claim has been repeatedly discredited, and there is no evidence that the death penalty is any more effective in reducing crime than life imprisonment," according to AI)