Sri Lanka has been under a state of emergency since a string of bombings at three hotels and three churches killed more than 250 people in mid-April. Authorities say that anti-terrorism operations are still underway. 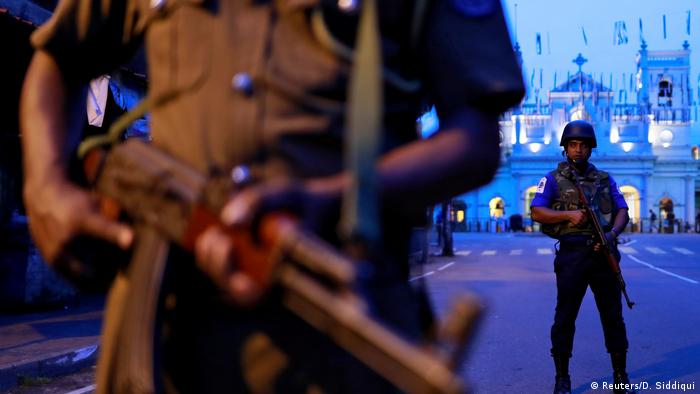 Sri Lankan President Maithripala Sirisena on Saturday extended the state of emergency in the country for another month, allowing security agencies to continue to exercise extra powers to detain and interrogate suspects without court orders.

Sri Lanka's police and military have arrested more than 100 suspects in the crackdown since the bombings. Over 100 people, including 10 women, are in custody in connection with the suicide attacks.

President Sirisena said in the notification that extending emergency rule was "in the interest of public security, the preservation of public order and the maintenance of supplies and services essential to the life of the community."

In May, Sirisena told foreign diplomats that he planned to lift the state of emergency once the security situation was back to normal.

Authorities say that although the threat of more terrorist attacks has largely been contained, operations are still underway to find any remaining suspects.

In Sri Lanka, the emergency can be declared for a month at a time, and parliament must ratify it within 10 days.

Sirisena himself has come under sharp criticism for failing to act on Indian intelligence reports that jihadis were planning to attack Christian churches and other targets in Sri Lanka.

The bombings were a huge setback for Sri Lankan authorities, as they had managed to rein in some of the violence in the country over the last 10 years. The decades of Tamil insurgency in the country's north had killed thousands of people until former President Mahinda Rajapaksa defeated the Liberation Tigers of Tamil Eelam (LTTE) separatist movement in a 2009 military operation.

Peace in Sri Lanka had boosted tourism in the country, and the island nation became one of the top destinations for foreign tourists in the years after the LTTE defeat.

Sri Lanka's government reports that a domestic terror cell was behind the series of bomb attacks that killed nearly 300 on Easter. The military have been given sweeping wartime powers to arrest and detain suspects. (22.04.2019)

Sri Lanka declared a state of emergency after President Rajapaksa and his wife fled to the Maldives hours before he was due to resign. Prime Minister Ranil Wickremesinghe has become acting president.