Sri Lanka′s Catholics and Muslims deeply divided by terror attacks | Asia | An in-depth look at news from across the continent | DW | 27.05.2019

Muslims and Catholics have lived together peacefully for centuries in Sri Lanka. But the two communities have become divided by suspicion and anger after terrorists attacked churches on Easter Sunday. 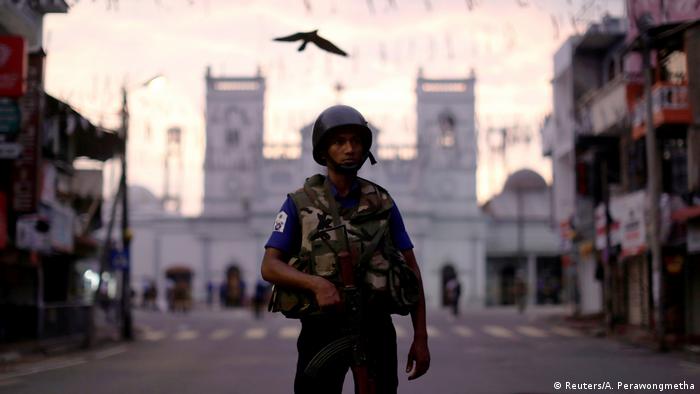 On April 21, suicide bombers struck several churches and hotels in Sri Lanka's capital, Colombo, along with the cities of Negombo and Batticaloa. According to official figures, the attacks killed over 240 people and injured more than 500.

Sri Lankan officials suspect that the attacks were masterminded by Zahran Hashim, a radical Islamist preacher from eastern Sri Lanka who blew himself up at the Shangri-La hotel in the capital on April 21. Police have identified seven other suicide bombers who were reportedly influenced by Hashim.

Catholics and Muslims in Negombo, a small city on Sri Lanka's west coast, have been living together peacefully for many years, and there is no record of ethnic clashes. However, in the aftermath of the attack on Negombo's St. Sebastian's Church, relations between the city's Catholics and Muslims have grown tense. There have also been several violent incidents.

President of the Negombo Grand Mosque, Mohamed Rameez, told DW that he was shocked when he heard that a group of radicalized Sri Lankan Muslims had carried out the attacks. Along with other Muslims in the city, Rameez has kept a low profile since the attacks, fearing backlash from the Catholic community.

"My three children are currently studying at a Catholic school. We have been part of this society, but we suddenly feel isolated," Rameez said. 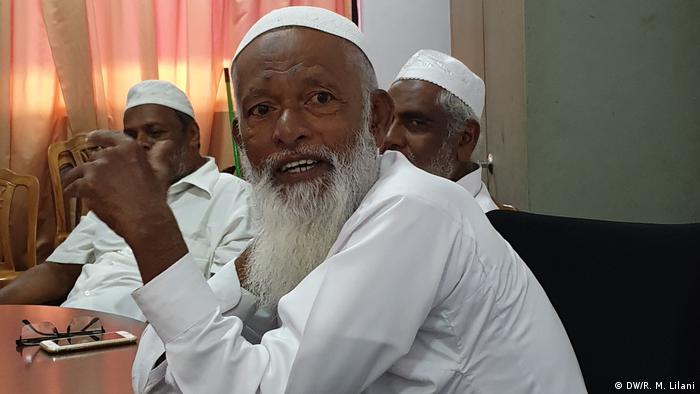 The Easter attacks have isolated Muslims like Mohamed Anwar

And the situation has continued to deteriorate. On May 5, nearly 14 days after the suicide bombings, violence erupted between Negombo's Christians and Muslims. Despite a curfew, mobs attacked shops and houses belonging to Muslims. Nearly 70 houses and a dozen rickshaws were damaged. The army was also deployed, but victims allege that the soldiers came too late.

Soon after, clerics from the Sri Lankan Muslim group All Ceylon Jamiyyathul Ulama (ACJU) visited the Negombo mosque together with the Archbishop of Colombo, Malcolm Ranjith, to speak about communal harmony. The archbishop urged Christians to refrain from carrying out attacks, although he admitted that he couldn't do much to console his wounded community.

"We are humbled that he has calmed the inconsolable followers of St. Sebastian's," Rameez said.

In what they said was a gesture of peace, Negombo's Muslims also urged the police to drop charges against the 91-person mob that attacked their community.

Sixty-five-year-old Theresa Peiris, a Catholic, has had sleepless nights thinking of her son, daughter and five grandchildren who were all killed in the attack on St. Sebastian's church in Negombo.

She said it was a colossal mistake by the government to ignore security warnings prior to the attack. "I have so many questions for which I have no answers," she said.

Ranganage Fatima and Thushani Selvarajah were among those who were lucky to survive because they had gone to church late in order to join the Easter parade on the street.

Still, they are haunted by memories of the carnage they saw as they entered the church. "The worst torture is to live with those memories," Fatima said. "We have heard about the many strange practices Islamist radicals follow, and after witnessing the damage to the country, we are confused." Victims' pictures are displayed at the St. Sebastian Church in Negombo

Priyantha Fernando, who helped evacuate victims after the attack, said that he was disappointed by the extent of support that the terrorists had received from their communities.

"We are talking about human lives and Muslims should not support these barbarians in any manner," he said. "We are not comfortable right now. I hope I will change my attitude towards them in the time to come, but right now, I am disappointed."

Reverend Sanjeewa Appuhamy of Negombo's St. Sebastian's Church said that although the government and the archbishop were trying to provide support, the Catholic community has been struggling to overcome the shock.

Appuhamy said that he has been counseling victims' families, but expects the tension between Catholics and Muslims to continue. He is hopeful, however, that time will eventually heal the wounds.