Sri Lankan Catholics have attended their first regular Mass in Colombo since bomb attacks by suspected jihadis on Easter Sunday. Catholic schools are expected to reopen next week. 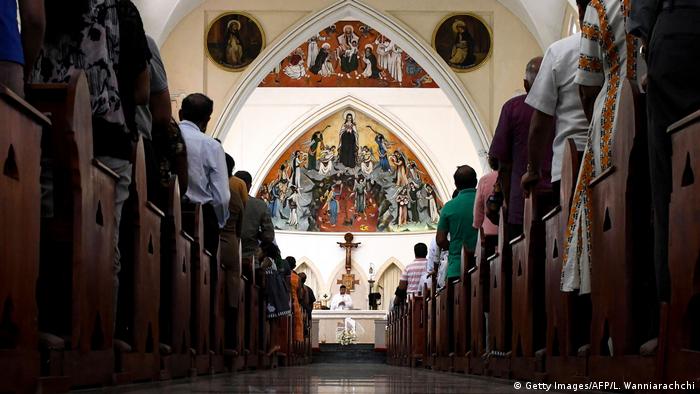 Cardinal Malcolm Ranjith held mass in Colombo's St. Theresa's Church Sunday after resorting in recent weeks to televised broadcasts from his residence to reach out to his shocked parishioners. 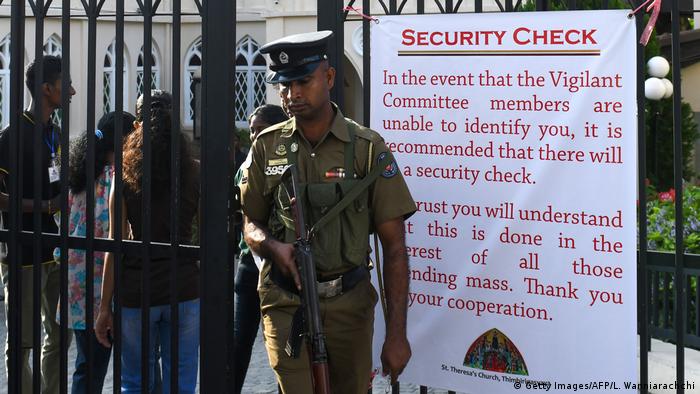 Armed police guarded the St. Theresa's church during the ceremony

On Saturday, Cardinal Ranjith had celebrated a special Mass in Colombo's St. Lucia Cathedral, attended by survivors and relatives of victims.

Outside Colombo, churches resumed services last week, but were guarded by local police.

Church officials said next Tuesday could see the reopening of church-run schools if they were satisfied with security measures.

State-run schools — put at more than 10,000 across Sri Lanka — resumed class last week, also under police guard and with parking restrictions, but pupil attendances have reportedly been low. 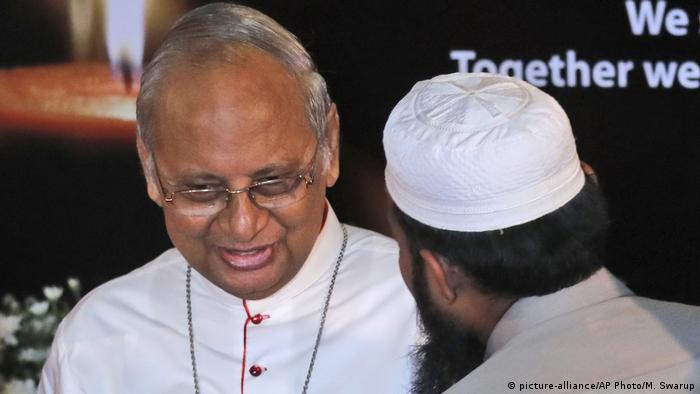 Cardinal Ranjith at a solidarity event for victims on April 28

Last week, Sri Lankan President Maithripala Sirisena told the Associated Press that it was safe for tourists to return to the Indian Ocean island nation, which over the past decade has been emerging from a Tamil separatist war.

Reuters on Sunday reported the arrest of a Saudi-educated scholar, Mohamed Aliyar, in Hashim's hometown of Kattankudy on Sri Lanka's eastern coast.

Sirisena said those arrested accounted for "99%" of suspects.

Opinion: We must resist the perverse logic of religious terrorism

The death toll from the terrorist attacks in Sri Lanka continues to rise. While anger and grief are understandable reactions, calling for revenge is exactly what the perpetrators want, says DW's Felix Steiner. (24.04.2019)