Mobs have killed a Muslim man and vandalized mosques and stores in Sri Lanka despite a nationwide curfew. The state also shut down social media after Christians interpreted a Facebook post as threatening. 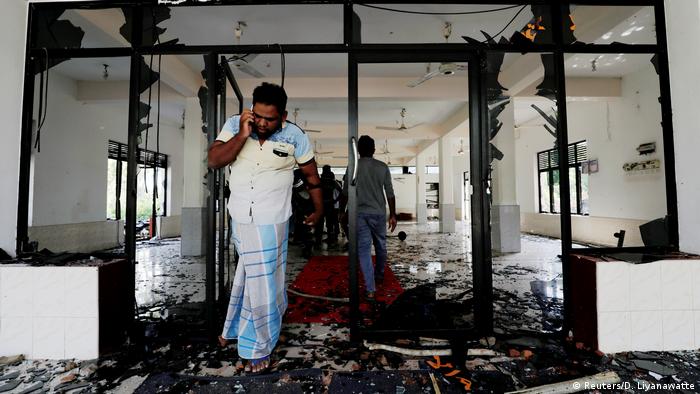 Sri Lanka officials lifted the nationwide curfew imposed over religiously-fueled riots on Tuesday, but decided to reimpose it in the North-Western Province (NWP) where a Muslim man was killed overnight.

The 45-year-old man was hacked to death and died shortly after being rushed to a hospital.

"Mobs had attacked him with sharp weapons at his carpentry workshop," a police official told the AFP news agency. "This is the first death from the riots."

A Catholic priest had sent out a message to parishioners about possible attacks, prompting panic in some of the violence-prone areas, police said in a separate statement. Most of the riots were apparently members of the country's Buddhist majority.

Security forces fired tear gas to disperse mobs in several parts of the province on the second day of violence, which also saw many Muslim-owned buildings and mosques ransacked.

Prime Minister Ranil Wickremesinghe denounced the rioters and urged the public to dismiss the rumors.

"I appeal to all citizens to remain calm and not be swayed by false information," Wickremesinghe said on Twitter, which was left functioning amid the social media blockade. 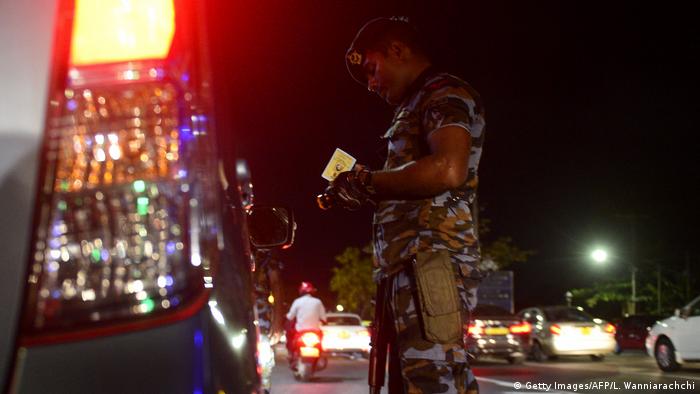 The nationwide curfew was lifted in all but one province

In Christian-majority Chilaw, people reportedly threw rocks at mosques and beat up a man after a shopkeeper wrote "Don't laugh more, 1 day u will cry" in a Facebook post that Christians deemed as a threat of a new attack.

Sri Lanka has been under a state of emergency since a string of bombings at three hotels and three churches killed more than 250 people in mid-April.

Security forces have detained dozens of people suspected of involvement in the attacks, which were claimed by the "Islamic State" terror group.

Muslims constitute some 10% of Sri Lanka's 22 million people; Christians make up around 7.5% of the population. The majority are Sinhalese Buddhists.

Protesters were withdrawing from government buildings as they awaited the president's formal resignation. Gotabaya Rajapaksa had promised to step down by Wednesday.