Why few refugees want to stay in Bulgaria | Europe| News and current affairs from around the continent | DW | 27.04.2016

Why few refugees want to stay in Bulgaria

More than 4,500 refugees made their way to Bulgaria this year, but few actually stayed. Mariya Ilcheva visited the country's largest refugee camp. 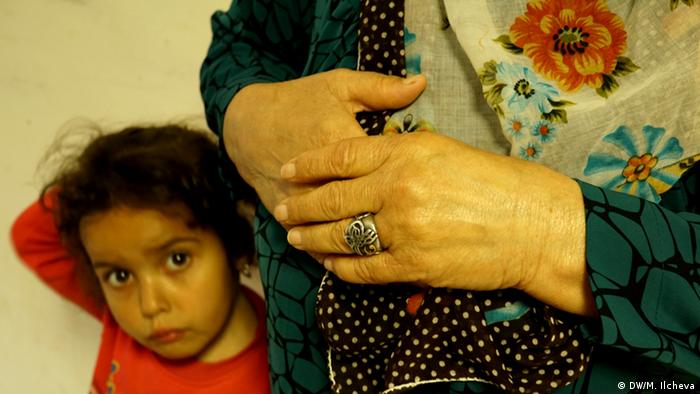 Harmanli, about 60 kilometers from the Turkish border, is Bulgaria's largest refugee camp.

Rasheed Allawi, a 37-year-old Kurd from Syria, found refuge here two years ago. He is a typical example of the first wave of migrants: Rasheed is educated; he speaks English and worked as a tour guide in Damascus. He fled to Turkey in October 2013, and found human traffickers willing to take him to Europe for 500 euros ($564). His savings got him no further than Bulgaria.

The Syrian has since been recognized as a political refugee in the country. He has left the camp for Stara Zagora, a town half an hour's drive from Harmanli. He still visits the camp on a regular basis, however: the Bulgarian Red Cross pays him 500 euros a month - twice the average Bulgarian wage - to help translate and work things out with newcomers from Syria.

Refugees like Rasheed are few and far between in Bulgaria. While the country is regarded as an alternative to the closed Balkan route, most migrants tend to steer clear of Bulgaria. The few who do enter the country move on. Bulgarian reception centers have registered almost 4,500 refugees this year so far, but only 700 stayed in the country. Bulgaria has a reputation of being a country where vigilantes "hunt" refugees and where an Afghan was shot for trying to cross the border. It's the "European welfare state" which migrants seek - and that happens to be in the West. 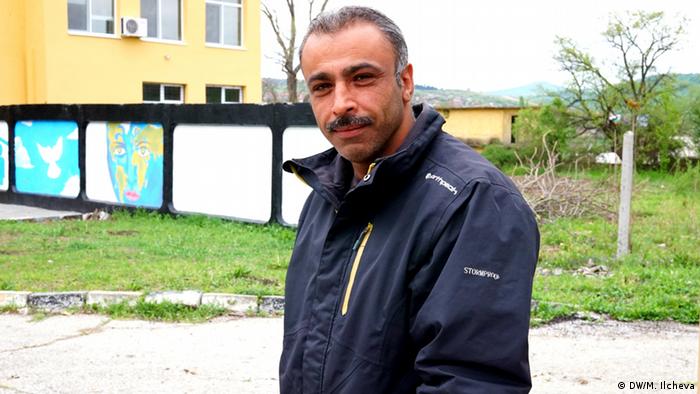 "The migrants know they can get generous welfare in Germany, Denmark and Sweden," says Harmanli camp manager Jordan Malinov. "We only give them a roof over their heads and food." A monthly allowance of 33 euros per month was cut last year, he adds.

"Everything's much better in Germany," says Uarda Hossein, a 28-year-old pregnant Syrian who has been in Harmanli for six months with her husband and seven children. The family paid 9,000 euros for the trip from Turkey to Germany. "It was raining heavily on the day we passed through Bulgaria," Uarda remembers. "We were in a car, driving through a forest, when all of a sudden, the driver stopped and made us get out, telling us another car would pick us up and take us to Serbia." But no one came, so the family trudged on, and was picked up by the police. Their journey was over before they had even reached Sofia.

Meanwhile, the family has been granted political asylum and Bulgarian passports that allow them to move freely within the EU. They still dream of Germany. "If we make it there and find work within three months, our new documents would allow us to stay," Uarda says. But they don't have enough money for tickets, so the family hopes relatives in Frankfurt can help out. If they could board a plane to Germany, their dream just might come true after all.

"Most migrants stay in Harmanli no longer than a week," according to Jordan Malinov. If they have enough money, they turn to human traffickers. They leave the camp one night and never return, the camp manager says. He remembers a Syrian family with a wheelchair-bound child that tried to continue the journey to Germany four times, but was stopped by Serb border patrols every single time, and sent back to the Bulgarian camp. The family gave it another go, and this time, they didn't return. "Probably the Serbs felt sorry for them, so they let them pass," Malinov says.

"As long as both standards and financial support for refugees differ so greatly among the EU states, migrants will choose the rich states," Malinov says. 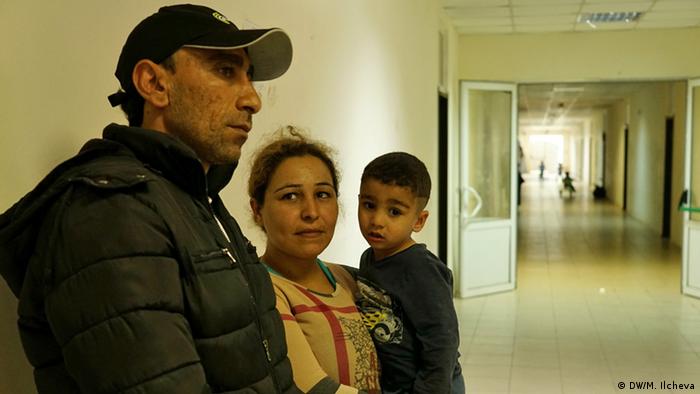 A Syrian family at Harmali camp

Previous refugees were looking for safety, and many in 2013 and 2014 were well-educated Syrians like Rasheed Allawi. "These days, refugees are young Iraqis and Afghans allegedly fleeing the "Islamic State", Malinov says. Nine out of ten threw away their IDs, and few are interested in work or integration, he laments.

Hurdles to integration in Bulgaria

Of late, asylum-seekers who spend more than three months in the camp receive job offers. "Would you like to work as a cook, or as a baker?" Svetlana Karagjozova asks a 23-year-old Iraqi. The job would net him about 450 euros per month. "I don't know," the man tells the social worker. "No one has accepted a job yet," Karagjozova says, adding that the asylum-seekers have only one goal: "Onwards to Germany."

Karagjozova points out broken windows in the container homes set up for the refugees. Asylum-seekers busted the windows in the fall of 2015, when German Chancellor Angela Merkel announced Germany's doors were open, she says. "As of that moment, no one wanted to register in Harmanli anymore," the social worker says. "In theory, those who had already registered had to stay. But they wanted to go to Germany so they smashed windows in protest."

"We miss the refugees"

Harmanli was home to 2,000 refugees in October 2015. Half a year later, their number has dwindled to 130. One, maybe two, asylum-seekers are registered per week. "We miss the refugees," Karagjozova says. She and her colleagues fear for their jobs.

The town's shop owners also miss the refugees. The newcomers guaranteed a good turnover, but now, sales have taken a nosedive. Business is slow for the human traffickers, too. Despite low wages, a few residents recently bought new cars or renovated their homes - and according to Karagjozova, everyone in town thinks they know where the money came from.

Perhaps human traffickers also offered their services to the first two migrants who voluntarily moved to Bulgaria from Greece under the quota system. Karagjozova mulls the possibility, and says the two actually ran away after a week, "probably to western Europe."

Rasheed Allawi plans to stay in the country, maybe permanently. He doesn't mind living in the EU's poorest member state. "I love the country and don't want to travel further, not even to Germany," he says. "Bulgarians and Syrians have similar mentalities."

It's a beautiful country, he says and adds that he can live in peace. "After all, that's what I was looking for."

Turkish leaders have warned the EU to stick to a pledge for visa-free travel for Turkish citizens by June. Relaxation of the visa regime was part of 6 billion-euro deal for Turkey to accept refugees deported from Europe. (19.04.2016)