One of the first results of Tuesday's vote could be the unraveling of the historic Paris Agreement on climate change. Yet the issue has barely come up in the presidential elections. Does that mean Americans don't care? 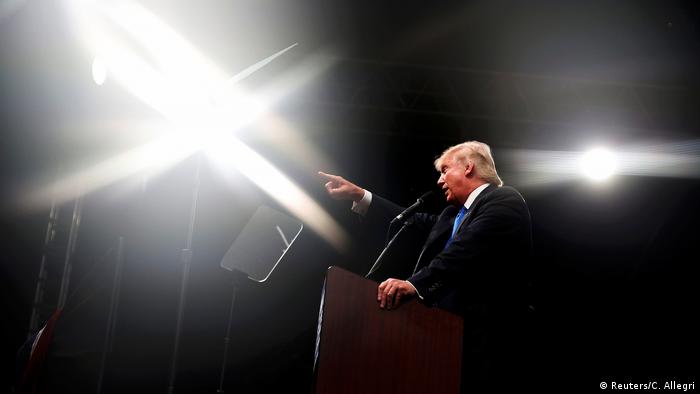 Many people across the world will be watching the United States election results in the early hours of November 9 with a sense of anxiety. One place where that nervousness will be most pronounced is in Marrakech, Morocco.

Diplomats, business leaders and environmental campaigners are arriving in that city today for the start of a two-week United Nations climate summit. The goal is to hammer out the details of the landmark global deal reached last year in Paris for all countries to reduce carbon emissions.

The deal has been signed by US President Barack Obama and nearly 200 other countries including China, India, Russia, Brazil and the EU.

But Donald Trump, the Republican presidential nominee, has promised to tear up the agreement if he is elected president on Tuesday.

"This is obviously an issue we are tracking closely - and one that will undoubtedly affect the tone of the UN talks in Marrakech," Mariana Panuncio-Feldman, a campaigner with WWF, told DW from the summit. She said the US must live up to its commitments no matter who wins the election.

But there is increasing anxiety that bad news from America could send the Marrakesh summit into chaos this week.

Can Trump destroy the Paris accord? 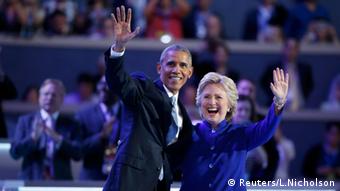 While Democratic nominee Hillary Clinton has said fighting climate change will be a major priority and has vowed to continue the climate policies of Obama, Donald Trump has in the past called climate change a "hoax" perpetrated by China to make the US uncompetitive.

In a speech at a Michigan rally last week, he said he would save the American taxpayer "$100 billion” over eight years by cutting all federal climate change spending.

"We're going to put America first," he told the crowd. "That includes canceling billions in climate change spending for the United Nations, a number Hillary wants to increase, and instead use that money to provide for American infrastructure including clean water, clean air and safety."

Trump's position is backed by the Republican Party, which in its official platform adopted in July promised to undo domestic carbon emission limits on power plants enacted by Obama.

The Republican platform makes the argument that climate change is not proven science - and that in any event, "climate change is far from this nation's most pressing national security issue."

Although undoing Obama's signature on the Paris Agreement could be difficult for Trump, but it wouldn't be unprecedented. In 1998 the Kyoto Protocol was signed on behalf of the US by Vice President Al Gore, but this signature was vetoed two years later by President George W. Bush, shortly after he assumed office.

Without US participation, China had refused to participate in that earlier attempt at a global climate treaty.

It is feared that if it seems the US will either not participate in the Paris accord, or not honor its commitments, other world powers like China and Russia will pull out. Such an unraveling of the deal could play out over the next two weeks in Morocco. 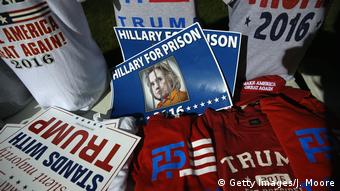 "If all of a sudden the rhetoric turns and the Americans are saying, 'we're not interested in this any more,' then of course why would the Chinese make an effort? And America becomes the scapegoat."

No matter who wins the US presidential election, some in Marrakech are already alarmed that climate has received such little attention during the presidential campaign. Despite the potential enormous impact of the election on global efforts to fight climate change, the issue has been almost completely unmentioned.

No question on climate change was asked by moderators at any of the three presidential television debates.

The only question remotely related to the subject came from a mild-mannered man in a red sweater during the town hall debate. The American media focused on the color of his sweater and his folksy delivery rather than on the substance of his question, which was about renewable energy.

But polling shows the American public is concerned about climate change. According to the Yale Program on Climate Communication, two-thirds of Americans say they believe climate change is happening, and that it is an issue that is at least somewhat important to them personally.

Tyson Barker, an American originally from Texas and now working for Democrats Abroad in Berlin, says he believes that while Americans care about the long-term impacts of climate change, this year's election has people focused on anxieties around much shorter-term fears. 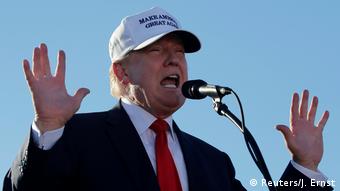 Although Trump has called climate change a hoax, he's also planned for it at a golf course in Scotland

"Right now we have acute threats - erosion of democracy, threats to alliances, an aggressive Russia, nuclear proliferation, terrorism, cyber-attacks and hot wars. If [these issues] aren't addressed immediately, there might not be a long term to worry about."

Chris Gaffney, an American voter who lives in the US state of Connecticut, puts it this way: "You don't stop to adjust the thermostat when you think someone's breaking into your house.

"Die-hard supporters of each candidate are convinced they're fighting to save the very fabric of our civilization. Until that changes, issues like climate change won't matter to the average voter."

Silence is not assent

Jamie Bailey, an American voter from Ohio who says she cares deeply about climate change, agrees that people around the world should not interpret the silence on climate change during this campaign as lack of interest from the American public.

"I think people are so worried about the short-term future, that they can't even think about climate change," she told DW. "It's come down to a personality election and not an issue election."

Environmental campaigners meeting in Morocco this week will hope that once the trauma of this year's election is over, Americans will be ready to re-engage with the topic of climate change. But that hope relies on a Hillary Clinton victory.