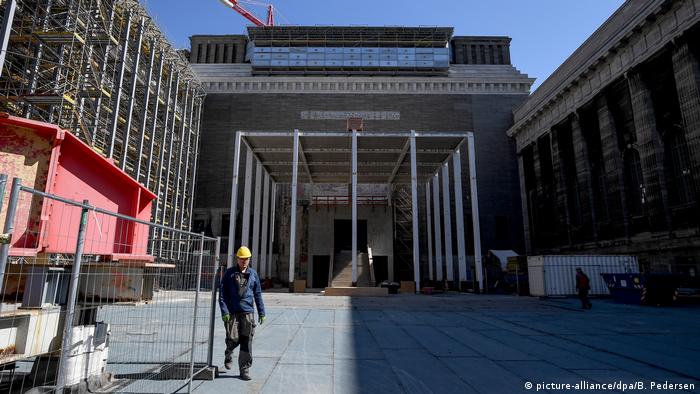 It could have been perfect — just in time for the Beethoven 2020 Jubilee Year, renovations of Bonn's Beethovenhalle (concert hall) were supposed to have been completed, making it the main venue for the celebrations.

Work on the landmarked postwar building that contains a vessel with soil from composer Ludwig van Beethoven's grave in its foundation stone started in 2016. It was scheduled to take two years, and cost €60 million ($67 million). Four years later, the estimated cost has skyrocketed to €166 million and completion has been postponed until 2024.

That's a problem and a burden for public coffers as well as the cultural scene. The Beethoven Orchestra, for instance, has been playing to audiences at various venues, including an indoor campground, an office building and the chancellor's Bonn residence.

Asbestos and other unforeseen issues

How can a publicly financed restoration get so out of hand? Several factors have contributed to the problem, said Lutz Leide, head of Bonn's municipal building management, listing underground hollows discovered during the renovations, as well as alleged WWII bombs and asbestos.

Asked by a Bonn citizens' group in December 2019 whether renovation of the Beethovenhalle might be finished in time for the 200th anniversary of the composer's death in 2027, city manager Wolfgang Fuchs merely said, "I can no longer guarantee a thing." 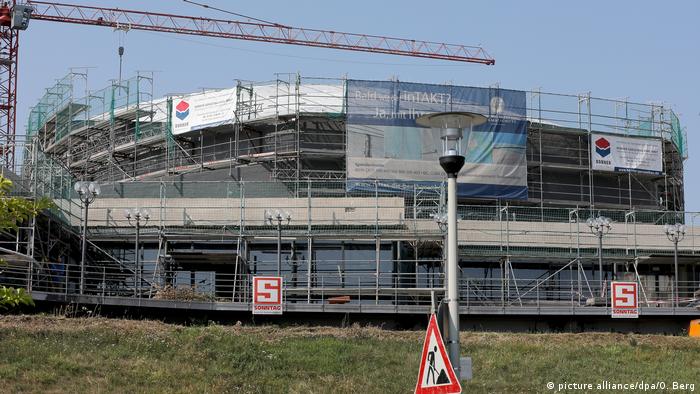 An eyesore in Bonn: the construction site of Beethovenhalle

How can there be such massive problems in a country like Germany, famous for its engineering achievements, thriftiness and punctuality? The "expensive bottomless pit," as the German Taxpayers association (BdSt) labeled the Beethovenhalle fiasco, is by no means an exception.

Almost one out of two of the 34 current federal construction projects, including many in the culture sector, face delays. In about 40% of the cases, costs have increased — sometimes considerably. Renovation of the Berlin State Library cost 12% more than expected; basic renovation of the Berlin Pergamon Museum was up by 84%. "If almost every second federal building project goes beyond the time and cost limits, something is going terribly wrong," the BdSt wrote in its most recent latest black book on the wasting of public funds.

The problems can be traced back to the very beginning — to the planning phase, said Wesko Rohde. No one checks in advance what is needed, the chairman of the board of the German Theater Technology Society (DTHG) pointed out. "Instead, regulations are ticked off on a long agenda list, and they do not always necessarily have anything to do with the building to be renovated." Rohde has seen the renovation of more than one theater take far too long and end up being far too costly. "In most cases, the politicians specify the cost of the building project," he noted, and then everyone scrambles to try to meet the target. Building costs skyrocketed at the Elbphilharmonie in Hamburg

It comes as no surprise that exploding costs are the result.

In the case of the Elbphilharmonie concert hall, the Hamburg Senate and the city's parliament submitted comprehensive requests for changes shortly before the contract was signed. They wanted a bigger box office area, an additional concert hall and a cafeteria. The requests came in too late and had to be implemented during construction.

The rest is history, and listed among the international top ten of price explosions for major projects that include the Scottish Parliament Building, the Opera House in Sydney and the Olympic Stadium in Montreal. Estimated at €77 million, building the Elphi, as the Hamburgers call the concert hall building, ultimately cost more than €850 million —more than eleven times the sum planned.

Politicians often have their hearts set on an expensive new building even if renovating or renting existing buildings would be more economical, the BdSt argues. Then, the alternatives are disregarded or deliberately presented as less favorable "so that in the end the politically desired result is achieved."

In Berlin, the cost of building the future Museum der Moderne had already doubled to €450 million before the ground-breaking ceremony. There are plenty of guidelines for realistic planning, the BdSt says — but they are simply ignored by those responsible for the construction. 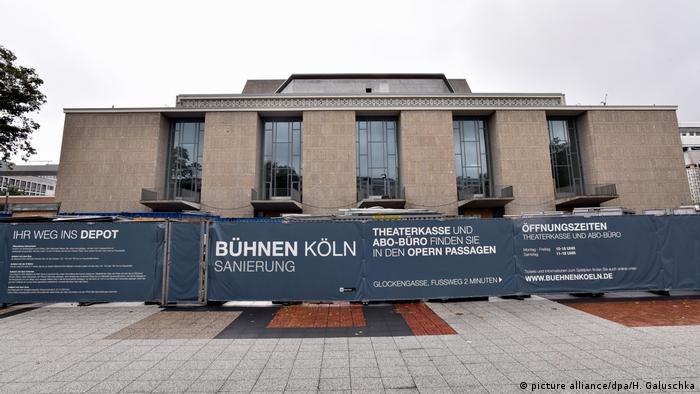 It pays to be realistic

The city of Frankfurt ordered a feasibility study for its planned theater restructuring to determine how much restoration, partial restoration and new buildings would cost, coming up with more than €800 million for each solution. There was an outcry, DTHG's Rohde recalls, adding that one should not forget that the city's theater venues employ 1,200 people.

It's annoying when people only look at costs when discussing exploding construction costs, Rohde, a consultant for theater renovation projects, told DW. You need to look at the location, the people who work there and the people who use it, he argues. What are their requirements, what should the venue look like in 30 years, what role should it play then? Rohde is convinced that answering these questions would save costs. In order to establish standards, the DTHG trade association has published renovation guidelines for theater buildings.

Rohde uses Building Information Modeling (BIM) to visualize and check construction projects — this saves costs, too, he says. According to the Taxpayers' Association, the BIM planning method should have been standard practice for a long time; instead, it is "in its infancy." Other countries are much further advanced. Since 2016, national construction projects in Britain are planned according to the BIM, which is expected to cut costs by 20%.

Public construction in Germany faces yet another problem, and that is the procedure of assigning construction projects. Constructors must award the contract to the bidder with the lowest offer. It does not require a high level of expertise to realize that such an approach can lead to additional costs. Often companies who won the contract drop out when faced with delays on the construction site, necessitating a new tender.

The city of Cologne also faces a disastrous situation in renovating its opera and theater buildings. Renovation work has been going on for eight years, and at an estimated €840 million, it has become the city's most expensive culture project. Here, too, there was a lack of expert planning. What turned out to be an unsound building forced the architects to re-plan during construction. In addition, several companies involved did a shoddy job, including the installation of new technology and sealing the roof. That construction site even attracted the attention of a New York Times reporter who expressed surprise at the blatant miscalculation in planning in a country that thrives on its reputation for efficiency and engineering.

The Elbphilharmonie concert house opened on January 11, 2017. Since then tourists and locals have been enjoying the sounds and views of Hamburg's latest landmark. (11.01.2018)

A costly and lengthy renovation project in Berlin's most visited museum has turned into another construction nightmare. The monumental Pergamon Altar will move into a temporary exhibition in the meantime. (10.11.2016)

Berlin's unfinished airport just started adding a new terminal, even though the original structure is still not open. Despite a major test run of systems in the first building DW's Henrik Böhme just isn't convinced. (31.07.2019)