Syrian author Hamid Sulaiman's graphic novel "Freedom Hospital" is dedicated to his best friend who was tortured to death. His book depicts the horrors of the Syrian civil war - and the people living through it. 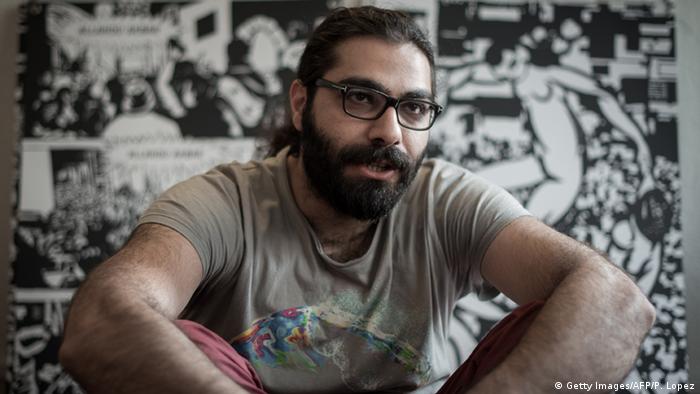 Hamid Sulaiman's graphic novel "Freedom Hospital" tells the stroy of a small, illegal clinic in rural Syria. It is run by Yasmine, a chain-smoker and peace activist who takes care of wounded rebels. Sulaiman's characters - Alawites and Kurds, Salafists and Muslim brothers, young revolutionaries, Western activists and both opponents and supporers of Assad - all meet in the hospital, making the space a mirror of the Syrian conflict.

Sulaiman tells DW's Stefan Dege why a graphic novel is an ideal format to represent the Syrian tragedy and what he wants to communicate with "Freedom Hospital."

DW: Mr. Sulaiman, why did you choose the format of a graphic novel to tell the story of the Syrian civil war? 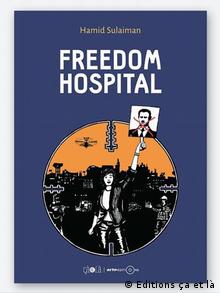 Hamid Sulaiman: I'm a big fan of Art Spiegelman and Joe Sacco. Besides, graphic novels lend themselves well to looking at foreign cultures. Films and documentaries are much more elaborate and costly. A graphic novel consists of pictures and texts while enabling the artists to express their own personal style. In this book, I wanted to summarize the experiences I had during the Arab Spring, without knowing how people would react.

Who is your target audience?

It's not a book for children. When I present the book, I come across many older people and people of my age. Most of them have an interest in the Middle East, geopolitics and Arab culture. Some of them just want to know more about Syria.

Looking at Syria from here, the conflict there seems almost incomprehensible …

Even for me, it's hard to grasp. There are so many different groups, different conditions and zones of influence in the cities. In some places, radical Muslims have won the upper hand, elsewhere it's the regime or the Free Syrian Army or some other militia. No situation resembles the next. Who can make sense of this? My book reflects that confusion. That's why it doesn't tell the story of a single person, but rather shows what's happening in Syria.

You dedicated your book to a good friend, Hassam Kuhayat. Why?

Hassam was my very best friend. Like me, he studied architecture. Together, we joined the revolution and participated in demonstrations. Then he had to leave Syria, while I stayed. When he wanted to go abroad in order to continue his studies. He was arrested; one week later, he was tortured to death.

I'm not a member of any party. The Arab Spring was a popular movement joined by people like me and you. Most Syrians who placed their hopes in the Arab Spring are now caught between the fronts - on one side, a terrorist dictator, on the other side, the Islamists. 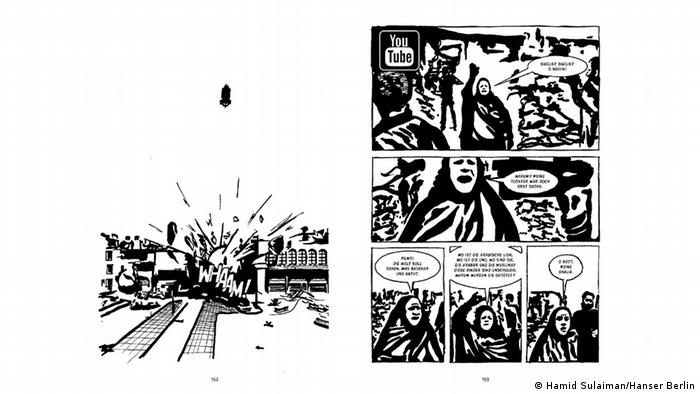 Everybody knows what this regime is capable of doing, including people who favor Assad. And everybody knows what's happening in Syrian jails. Of course the regime denies all these charges. But do you remember the photographs by Caesar who took pictures of torture victims in a military hospital and then smuggled them out of the country? After he published them in 2013, many Syrians looked through them in order to identify missing family members and friends. I discovered a good friend. He was arrested one and a half years beforehand and then tortured to death. Western countries are looking to the Syrian civil war and say: "If we have to choose the better of two evils, we'd rather live with Assad."

Germany wants to send refugees home much more quickly in the future. What if they were to return to Syria now?

Nobody can return there now. What awaits me there in the best possible case is military service. You'll die at the front. More likely is that I would disappear in a prison for a long time. At the same time, large parts of the Islamic world would remain closed to me. I cannot go to Jordan or Libanon, or Turkey or Egypt. They wouldn't give me a visa. I cannot live and work there. Nobody wants us Syrian refugees. Although we're people! I'm not saying that we're particularly wonderful. There are good and bad people among the Syrians - like everywhere else in the world.

You book is called "Freedom Hospital." Why that title?

The true hero in my story is the hospital. It's not called "Assad Hospital" or "Bath Hospital" like so many official institutions in Syria. It's called "Freedom Hospital." This is a place where people of all kinds meet. They live and work together. That gives us hope.

Hamid Sulaiman, born in 1986 in Damascus, studied architecture and works as a painter and illustrator. In 2011 he fled from Syria and has lived in Paris since then. 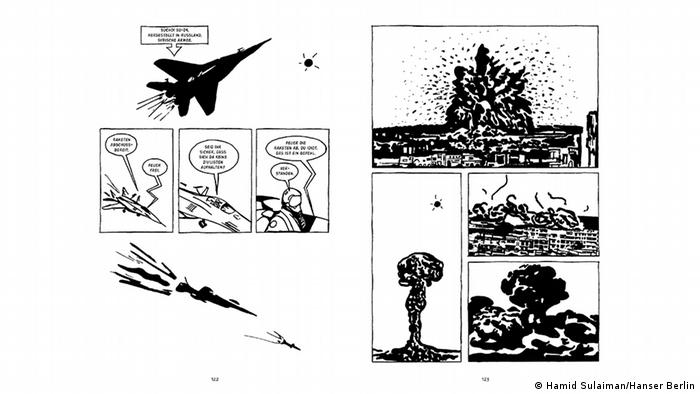 Germany's Goethe Institut has opened a temporary space for German-Syrian cultural exchange in Berlin: "Damascus in exile." The ambitious project is squeezed into all of 70 square meters in the heart of the capital. (28.10.2016)

Goethe-Institut director: 'We want Syrian artists to resume their role in society'

The Goethe-Institut had to close its Damascus office in 2012 - due to the ongoing civil war. Germany's cultural organization has now opened "Damascus in Exile" - a meeting place for Syrian artists in Berlin. (27.10.2016)