Who are the potential laureates for the prestigious literary award? After last year's controversy surrounding Bob Dylan, the Swedish Academy is expected to go with a more traditional choice.

Last year's pick caused a stir right from the start. When Bob Dylan became the first singer-songwriter to win the Nobel Prize in Literature, many critics argued that the prestigious distinction — intended for a literary figure who has produced an outstanding work or body of work — should have gone to an actual author.

The musician also added to the controversy by refusing to comment on his win for weeks and then snubbing the formal prize ceremony in Stockholm last December. Dylan later accepted his award in a private ceremony in April 2017.

In 2017, the academy considered about 195 candidates, who were pared down to a list of five names, according to the Swedish Academy's Permanent Secretary Sara Danius. The committee then read and reviewed the works of the five short-listed writers over a period of months. The short list of potential candidates is top secret — and even kept under seal for 50 years after the award is given.

To keep literature fans busy while waiting for the actual announcement, online betting sites provide a series of potential candidates to consider.

For those looking to place a potentially lucrative bet, bookmakers are giving 1000-to-1 odds on rapper Kanye West and President Donald Trump. 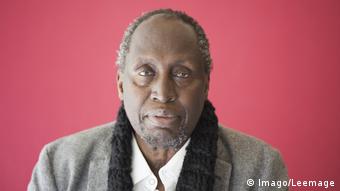 However, the names actually leading the speculation are well-established authors.

Among them is Kenyan novelist, playwright and essayist Ngugi wa Thiong'o, whose work also includes short stories and books for children.

A newcomer who is creating a buzz this year is Chinese novelist Yan Lianke.

Why not a woman?

Despite the diverse nationalities of this year's rumored contenders, the Academy has been critized in the past for its alleged bias towards European authors. Gender, too, has been a controverisal talking point. Of the 113 laureates honored since French author Sully Prudhomme won the first prize in 1901, only 14 have been women. 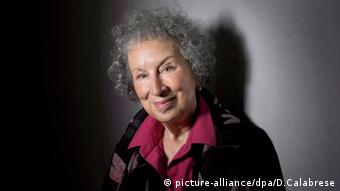 Margaret Atwood is the author of "The Handmaid's Tale"

That makes Canada's Margaret Atwood another 2017 favorite for online betting sites. Her dystopian novel "The Handmaid's Tale" was recently adapted into an Emmy-award-winning TV series.

Still, the prestigious distinction could also go to a complete unknown.

As wished by Alfred Nobel, the inventor of dynamite who used his vast fortune to create the series of prizes, the literary awardee "has to be someone who deals with universal questions, someone who makes us reflect about all of us," explained Swedish publisher Elisabeth Grate.

The Nobel Prize in Literature remains one of the highest accolades for writers. From sarcastic Austrian author Elfriede Jelinek to Turkey's first winner, Orhan Pamuk, here's a look back at the laureates since 2000. (04.10.2017)