Last year's Nobel literature laureate, US songwriter Bob Dylan, has finally handed in the mandatory lecture. In it, he talks about singers and novelists who influenced him, and how his songs relate to literature. 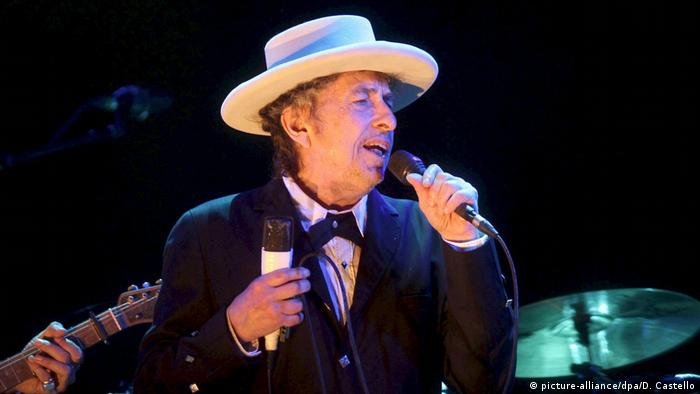 "The speech is extraordinary and, as one might expect, eloquent. Now that the lecture has been delivered, the Dylan adventure is coming to a close," Sara Danius, the permanent secretary of the Swedish Academy, which awards the prize, wrote in a blog post.

That "adventure" included the media-shy singer-songwriter's long silence after the award announcement and his subsequent refusal to attend the awards banquet last December.

Dylan received the Nobel Literature diploma and medal  already in April but was still required to deliver the compulsory speech to receive the money.

In his lecture, sent to the Academy with an audio link in which he reads it aloud, Dylan said, "When I first received this Nobel Prize for Literature, I got to wondering exactly how my songs related to literature."

He then cited musicians who inspired him - including Buddy Holly, whose music "changed my life" and made him want to write songs when he was a teenager. He also cited classic novels that made a big impression on him, including "Moby Dick," "All Quiet on the Western Front" and "The Odyssey."

Dylan is the first songwriter to win the prestigious Nobel Literature Prize.

In paying homage to Holly, Dylan said, "Buddy played the music that I loved, the music I grew up on, country-western, rock ‘n' roll and rhythm and blues - three separate bands of music that he intertwined and infused into one genre. "

The lecture can take nearly any form, including a short speech, a performance, a video broadcast or even a song, and must be held within six months of December 10, the date of the Nobel prize ceremony and the anniversary of the death of the prize's founder Alfred Nobel.

Dylan was honored "for having created new poetic expressions within the great American song tradition," the Academy said when it announced him as the winner last October.

Dylan's entire speech - 27 minutes long - and the full transcript are available on the Nobel Prize website.

At another point, Dylan said: "Our songs are alive in the land of the living. But songs are unlike literature. They're meant to be sung, not read."