It took him two weeks to acknowledge that he'd won the Nobel Prize for Literature, and now Bob Dylan has said he will not attend the award ceremony on December 10 in Stockholm. 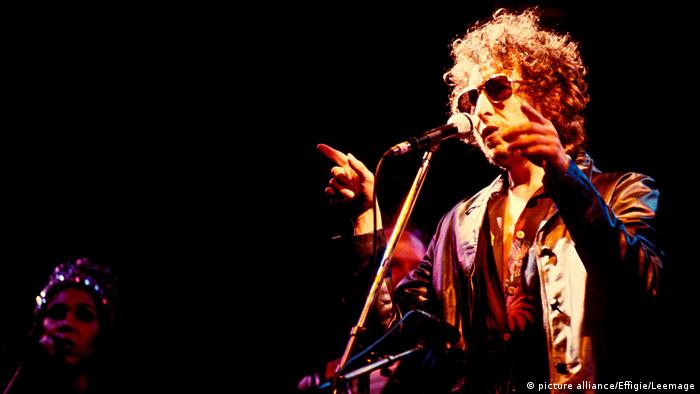 The Swedish Academy said Wednesday that Bob Dylan would not be present at the celebration in his honor on December 10.

The Academy said is "respects Bob Dylan's decision," adding that not showing up in person was "unusal, but not exceptional." In 2004, Austrian playwright Elfriede Jelinek sent a video message rather than appearing herself to collect her Nobel Prize.

The 75-year-old American singer-songwriter was awarded the prestigious prize on October 13 for "for having created new poetic expressions within the great American song tradition."

Dylan caused a stir - not only because some felt a musician shouldn't receive a prize reserved for writers - but also because he remained silent for a fortnight following the announcement.

"The news about the Nobel Prize left me speechless," he added. "I appreciate the honor so much."

Dylan had told the British daily "The Telegraph" that he would "absolutely" show up to the official banquet "if it's at all possible." But, it seems he changed his mind.

The Nobel Prize for Literature, along with the five other Nobel Prizes, are handed out each year in Stockholm on the anniverary of Alfred Nobel's death in 1896.

Bob Dylan won the Nobel Prize for Literature - and it was about time he did, says DW's Susanne Spröer, who congratulates the man who wrote the soundtrack of her youth. (13.10.2016)

Breaking his silence after a fortnight, the legendary American singer has said he will "of course" accept the Nobel Prize. But the Nobel Foundation has yet to confirm his attendance at the ceremony in December. (29.10.2016)