Who will pay for Russia′s oversized World Cup stadiums? | Europe | News and current affairs from around the continent | DW | 11.04.2018

Who will pay for Russia's oversized World Cup stadiums?

Kaliningrad has inaugurated a new football stadium built for the 2018 World Cup. It could quickly come to symbolize the financial burden that Russia will have with such facilities after the tournament is over. 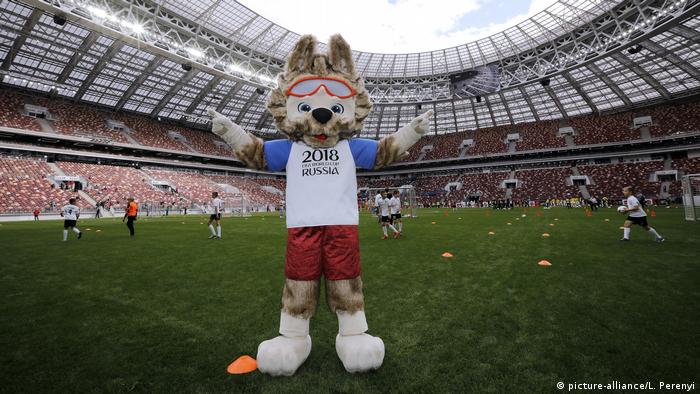 Kaliningrad's brand new football stadium opened Wednesday with a match between home side FC Baltika and visiting FC Krylia Sovetov Samara. But before kickoff, one thing was already painfully obvious: The arena in the western Russian exclave could become a multi-million ruble money pit.

That realization is not new. When Kaliningrad's governor, Anton Alikhanov, met with Russian President Vladimir Putin at the Kremlin last year, he was already asking for federal financial assistance to pay upkeep on the stadium after the World Cup. At the time, Alikhanov stressed the fact that it would be too difficult for his region to cover costs for the stadium on its own.

A few weeks later, Putin ordered authorities to look into whether federal funds could be found to help cover operating costs for seven of the 11 stadiums being built for the World Cup — in Volgograd, Yekaterinburg, Nizhny Novgorod, Rostov-on-Don, Samara and Saransk.

Up to half-a-billion rubles

Initially, plans called for the regions to finance their stadiums from 2019 onward. According to local authorities, the new stadiums would burden regional budgets from somewhere between 200 and 500 million rubles (€2.6-6.5 million, $3.2-8 million). That is far too much for seven of the 11 World Cup sites, especially considering that several of them do not even have clubs that play in Russia's top flight football league. 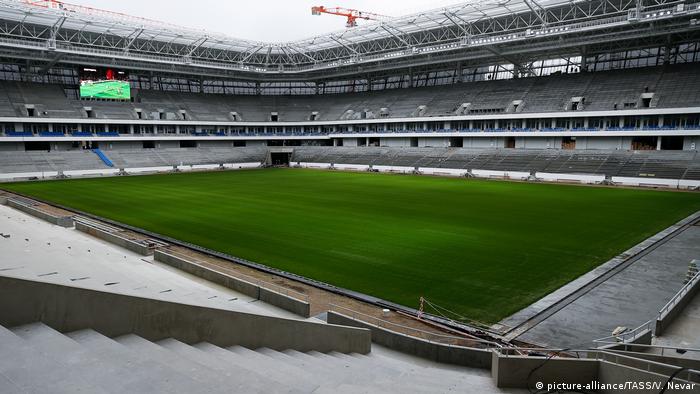 Kaliningrad's second-tier club FC Baltika will struggle to fill a 35,000 seat stadium after the World Cup

The leading teams in Volgograd, Kaliningrad, Nizhny Novgorod and Samara all play in Russia's second tier. Home games this season regularly drew crowds of 1,000 to 5,000 fans. Saransk plays in the third division and Sochi, where World Cup matches are also to take place, doesn't even have a professional team.

But even Yekaterinburg and Rostov's top-tier teams don't draw big enough crowds to cover the massive cost of their enormous new stadiums. On average, they sell between 4,500 and 9,000 tickets per game.

Thus the World Cup could cause financial problems for Russian host cities for years to come — a prognosis confirmed in a study conducted by the consulting company AECOM. Local authorities are sounding the alarm. In February, during a meeting of Russia's Federation Council dedicated to the topic of World Cup preparations, regional leaders once again called for financial assistance from Moscow. At the meeting, it was proposed that Moscow take over management of the sites and cover all maintenance and upkeep costs. 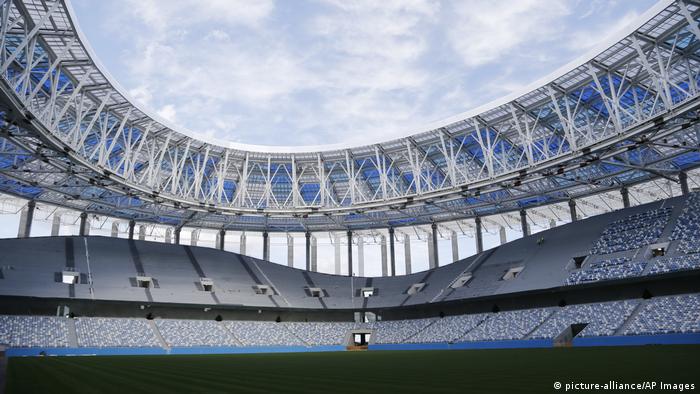 Representatives from the Republic of Mordovia suggested founding a nationwide management association that would deal with utilization and upkeep from one central office. Nizhny Novgorod wants to see upkeep for its stadium anchored in the Russian budget for three years after the World Cup has finished. It is estimated that future operating costs for Russia's World Cup stadiums will exceed 2 billion rubles annually.

Moreover, late last year President Putin ordered the revision of a 2015 concept paper for the utilization of stadiums after the World Cup. The revised plan is to be presented in May. Experts from PricewaterhouseCoopers consultancy point out that when London was preparing its bid to host the 2012 Summer Olympics it was already actively considering how to utilize facilities after the Games wrapped up before construction had even started.

Previous World Cup host countries also confronted problems like those now facing Russia. South Africa (2010) and Brazil (2014) were able to partially combat the problem of oversized stadiums by installing temporary stands that could be removed when the tournament ended.

Yekaterinburg will try that approach this time around. Its stadium will have seating for 35,000 during the tournament, but 12,000 seats will be removed when it is done, leaving it with capacity for 23,000 fans in the end.

That may help, but ultimately South Africa and Brazil have both shown that most of the stadiums built for the World Cup are simply too big and too costly to ever be profitable.