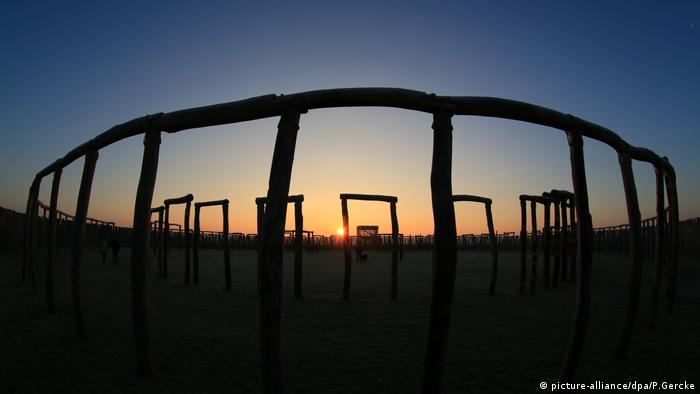 Pömmelte is a ring-shaped sanctuary with earth walls, ditches and wooden piles that is located in the northeastern part of Germany, south of Magdeburg. The site is very much reminiscent of the world-famous monument Stonehenge, and it is likely that the people there performed very similar rituals to those of their counterparts in what is now Britain 4,300 years ago.

In the immediate vicinity of the sanctuary, archaeologists from the State Office for Monument Conservation and Archaeology,  together with fellow experts from the University of Halle, have found numerous remains of a settlement going back thousands of years during their last two excavation campaigns there. Starting in April, this settlement is to be uncovered as completely as possible.

Franziska Knoll, an archaeologist at the Institute for Art History and Archaeology of Europe at the University of Halle, explained to Deutsche Welle that the excavation will cover an area of around 29,000 square meters (34,684 square yards). Thirty-seven longhouses have already been found in the area and, judging by the previous excavations, Franziska Knoll is certain that "we will probably be able to identify more longhouses in the jumble of wooden pillars." 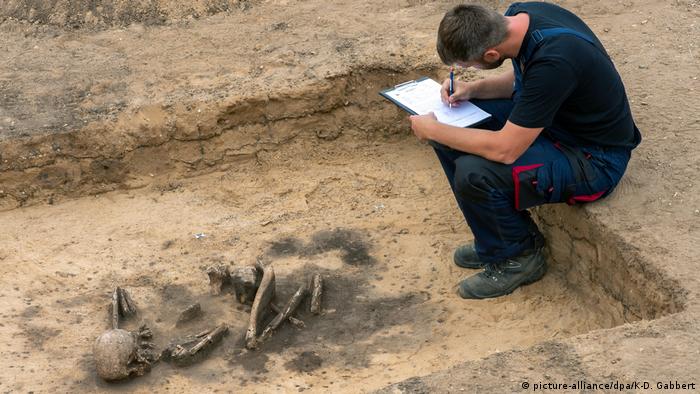 The researchers hope that the excavations will provide detailed insights into the social and religious environment of the Early Bronze Age Unetice culture (ca. 2300 - 1600 BC). Archaeologists also attribute the world-famous Nebra Sky Disk to the Unetice culture. All in all, this is one of the largest settlement areas from this epoch in the whole of central Europe.

Further building ground plans are to be investigated at the circular moat near Schönebeck, just under a kilometer away from the ring shrine. Aerial photographs have also shown a 6,000-year-old grave complex from the so-called Baalberge culture south of the Pömmelte sanctuary.

Who lived in the settlement at Pömmelte?

Contrary to earlier assumptions,  it is now known from numerous finds that the settlement near Pömmelte was used by different cultures for more than 300 years. Pömmelte was built at the end of the Neolithic Age and up to the Early Bronze Age. There were several settlement phases, as the oldest house layouts can be attributed to the Bell Beaker culture (ca. 2500-2050 B.C.) at the end of the Neolithic Age. "We actually have settlement evidence from both cultures," says Knoll. The longhouses and ceramic finds show very well how the Unetice culture developed from the Bell Beaker culture.

How many people once lived in the settlement and what the inhabitants actually did there is not yet clear. It is possible that they looked after the shrine or provided for visitors during rituals. Archaeological finds from the English Durrington Walls in the Stonehenge area indicate that people from a larger geographic area met at such facilities at short notice, according to Knoll.

An obvious comparison with Stonehenge

The comparison with the world-famous monument in southern England is quite understandable, because both ring sanctuaries — Stonehenge and Pömmelte — were built by representatives of the Bell Beaker culture more than 4,300 years ago, i.e. at the end of the Neolithic Age. 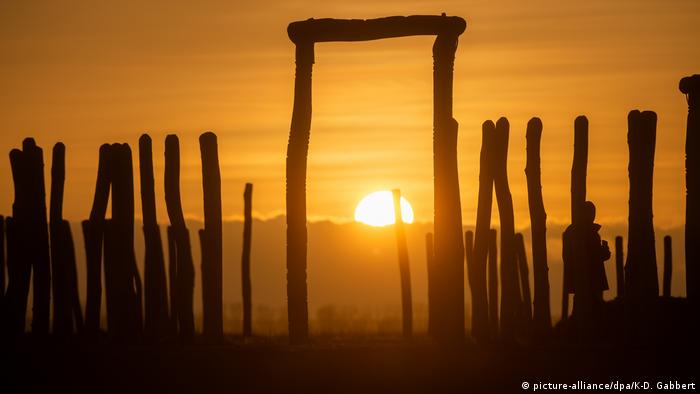 Both complexes have a very similar ground plan. Astronomical references were also discovered at both: In Stonehenge they have to do with the winter and summer solstices, in Pömmelte with the midnight festivals in mid-February and at the end of October/beginning of November, when the sun rose and set in the central inlets. Although Pömmelte lacks the stones weighing several tons that are a feature at Stonehenge, the German ring sanctuary is comparable in terms of cultural history.

It was not until 2005/2006 that the Pömmelte complex was discovered by aerial photography. The site consists of a series of seven concentric rings — the largest of which is about 115 meters (126 yards) in diameter —, of ditches and raised banks.

To make the complex a more vivid experience for visitors, the original wooden structure was reconstructed in 2016. This gives at least an idea of the impressive effect this central sanctuary may have had on people in the past.

"The interior of the shrine is not built upon; there is a lot of space. It is excellent for gathering large crowds of people. The acoustics there are also excellent, and that makes a good impression," says Knoll. 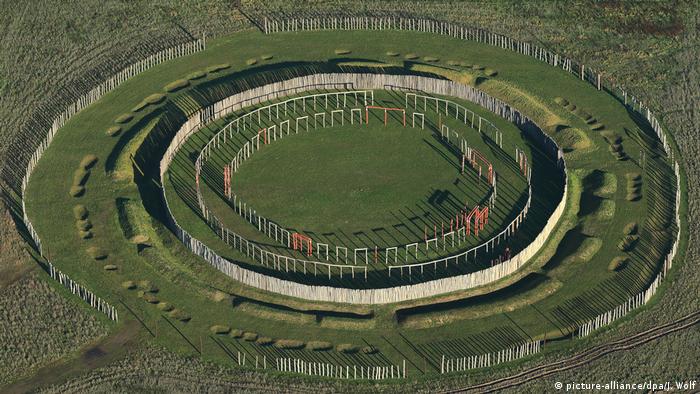 The excellently preserved finds in the ground there provide unusually detailed insights into the complex rituals and sacrificial practices of the Neolithic and Early Bronze Age. Sacrificial pits were found in the circular ditch, in which shards of ceramic vessels, animal bones, stone axes and grinding stones, and even human skeletons, were deposited in three chronologically different phases.

The sites at both Stonehenge and Pömmelte were built near rivers, even though the exact course of the old Elbe River 4,000 years ago has yet to be determined archaeologically and hydrogeologically. "The importance of waterways must never be underestimated, even in prehistoric times, from the point of view of transporting goods and people through a certain geography," says Knoll.

After the discovery of the ditch, the settlement and a large cemetery with burials from both cultures in the Pömmelte district, the next step will be to look for possible routes or further infrastructure. According to Knoll, it is quite conceivable that "somewhere in the area there was once a sacred landscape comparable to the surroundings of Stonehenge."

For this reason, the University of Halle is working closely with its colleagues from the University of Southampton, who are intensively involved in the excavations around Stonehenge. Both sides have benefited greatly from this cooperation, reports Knoll. 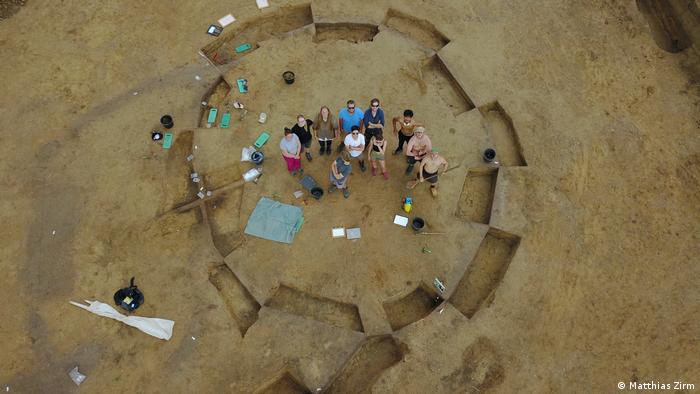 While the British researchers contribute their many years of expertise, especially in interdisciplinary landscape archaeology, it is very interesting for British archaeologists that in Germany — in contrast to Britain -— large areas are uncovered that allow for completely different archaeological insights. What is more, although there are many graves around Stonehenge, there are no settlements comparable to those now being excavated in Pömmelte.

In view of the coronavirus pandemic, however, it is not yet possible to say whether students from the University of Southampton will be able to dig in Pömmelte from July onward as planned.