The gynecologist was awarded the Nobel Peace Prize for his work in helping victims of sexual violence in the Democratic Republic of Congo. He shares the prize with Iraqi activist Nadia Murad. But who is Denis Mukwege? 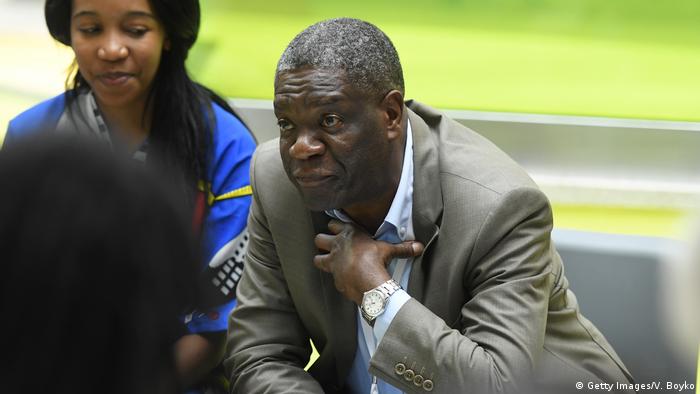 It was October 25, 2012. A group of heavily armed men forced their way into the house of a Congolese doctor just as he was returning home. One of the guards tried to warn him and was shot dead. The doctor escaped unharmed. No one was ever arrested for the attack. The target was Denis Mukwege, head of the Panzi Hospital in the city of Bukavu, eastern DR Congo. He is a gynecological surgeon and daily treats female victims of sexual violence. He has repeatedly spoken out against the use of sexual violence as a weapon of war. By doing so, he has clearly made several enemies.

Mukwege and activist Nadia Murad were jointly awarded the Nobel Peace Prize for 2018 for their efforts to end the use of sexual violence as a weapon of war and armed conflict, the Nobel Institute announced in Norway on Friday.

"Women came and started to make noise around the operating room, and I was not really paying attention to what was going on," Mukwege told Oslo daily VG over the phone. He was in the operating room at the Panzi Hospital when the news came through on Friday. "You can imagine how moved I was," he said. 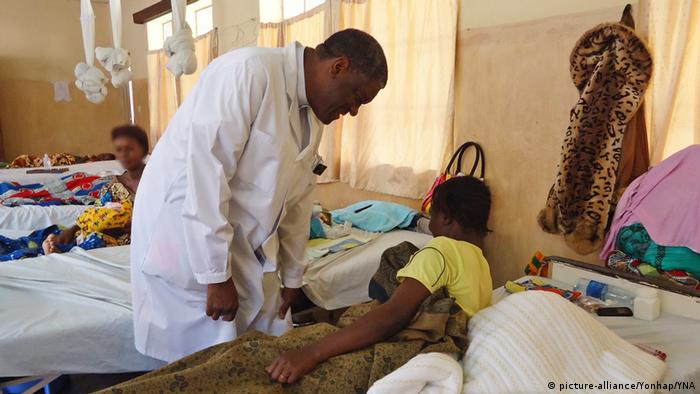 Mukwege was honored for his work with the European Parliament's Sakharov Prize. Parliament president Martin Schulz said in Strasbourg in 2014 that parties in the assembly had decided unanimously to award the prize to the Congolese doctor.

The Sakharov Prize has been awarded by European Parliament annually since 1988 to outstanding individuals for their efforts to combat intolerance, fanaticism and repression. It is named after the Russian scientist and dissident Andrei Sakharov, who died in 1989. The award is worth 50,000 euros ($63,000).

Being there for others

Mukwege, 59, sees his work as a vocation, the inspiration for which came from his father, a Pentecostal minister. "He gave me the gift of being there for others," Mukwege told DW in 2009 when he was awarded the Olaf Palme Prize.

After studying medicine in neighboring Burundi, Mukwege first worked in a hospital in the small town of Lemera, in the rural area of South Kivu. He was shocked by the number of women who died every day, many of them while giving birth. "That motivated me to specialize in the treatment of women," Mukwege said. He went on to study gynecology and obstetrics in France.

When he returned to the Congo, still called Zaire at that time, Mukwege found himself confronted by new challenges. In the mid-90s Lemera was at the center of the region embroiled in the Congo conflict. It was totally destroyed in 1996. The various rebel groups, as well as army soldiers, increasingly used rape as a weapon of war. With international support Mukwege launched a new project, the Panzi Hospital, in the regional capital of Bukavu. The hospital quickly made a name for itself, especially for its gynecological department. Mukwege and his colleagues treated women and girls from the entire province who were at the mercy of the warring parties in the villages where they lived. 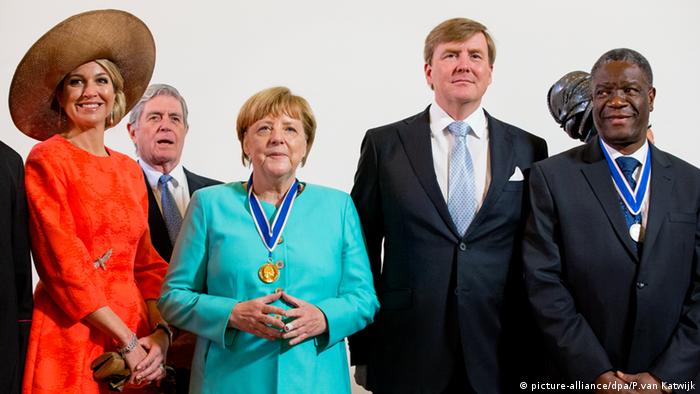 Women at the core of society

"It is the women who keep Congolese society alive," Mukwege said. "You only need to walk through the streets to see that it is the women who do the most work in society." They were the ones who supported the next generation, for example, by earning the money for their children to go to school, he said, and that was why it was the women who were the first target of the rebels.

Mukwege has long been more than just a doctor; he is also a vocal advocate of women's rights in DRC and has set up programs for psychological counselling and legal aid for rape victims. He wants to seize the problem by the roots, and condemns the battle for control of the country's natural resources by both the government and the rebels. Without international pressure, nothing will happen, he says. "Locking up a rebel doesn't change anything. If you lock one up today, another will be born tomorrow."

In September 2012 Mukwege made a strong speech to the UN Security Council in which he condemned impunity for mass rape in the DRC and criticized the years of inaction by the international community and the Congolese government over massacres in the Kivu region. One month later the attempt was made on his life. Mukwege fled to Europe with his wife and two children. 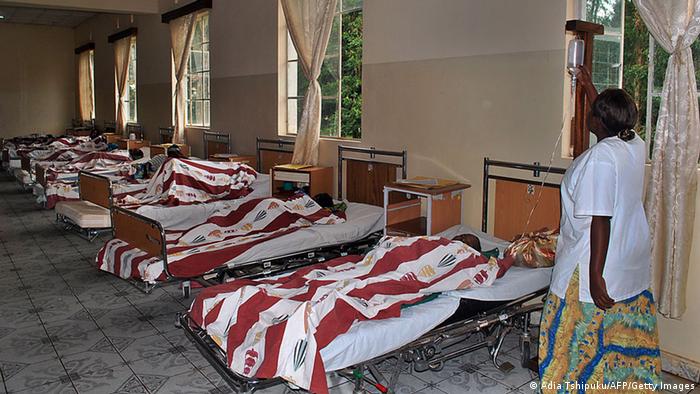 But he could not stop thinking about the suffering of the Congolese people. Also, women's organizations encouraged him to return and offered to provide protection for him round the clock. Less than three months after his departure, Mukwege was back. He now lives permanently in the Panzi Hospital, where he feels safest. He has received many awards for his work and is a member of the French Legion of Honor, the highest award the country can give.

In October 2013 he was awarded the Right Livelihood Award. Gisela Schneider heads the German Institute for Medical Mission (DIfäM), which has worked closely with Mukwege for more than 10 years. It provides support for Mukwege's hospital and medical training activities in DRC. "He could have settled in Europe if he had wanted to, but he always returns to the Congo," Schneider told DW.

The 2014 Sakharov Prize, one of Europe's most prestigious human rights accolades, will go to the Congolese physician Denis Mukwege for his treatment of the victims of gang rape in the Democratic Republic of Congo. (21.10.2014)