The 2014 Sakharov Prize, one of Europe's most prestigious human rights accolades, will go to the Congolese physician Denis Mukwege for his treatment of the victims of gang rape in the Democratic Republic of Congo. 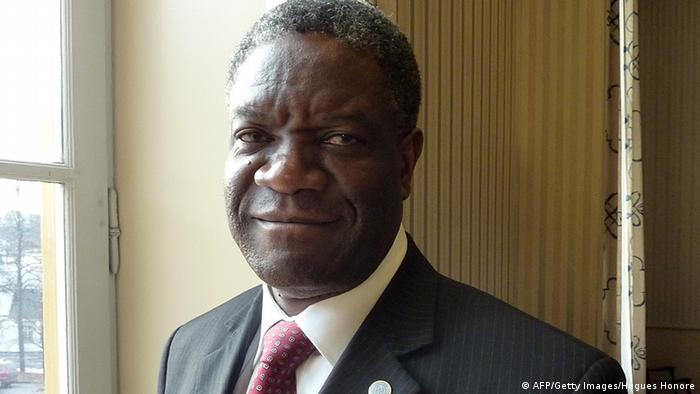 Congolese physician Denis Mukwege, renowned for his treatment of mass rape victims in DRC, will be awarded this year's Sakharov Prize for Freedom of Thought, European Parliament President Martin Schulz announced in Strasbourg on Tuesday.

Mukwege has been treating rape victims at a clinic in Bukavu on the Rwandan border for decades. He has performed thousands of surgeries on women to heal their injuries sustained in violent attacks, often by local militias.

The 59-year-old founded a gynecology unit and maternity ward in Bukavu in 1996, the first of its kind in the area. He has since expanded the station to an entire hospital, which he runs.

The Second Congo War began in August 1998, ravaging the region. Mukwege is said to have performed over 10,000 operations on rape victims ever since.

A prize for the world's defenders

The 50,000-euro ($64,200) prize is awarded annually to honor defenders of human rights and freedom of expression. It was established in December 1988 by the European Parliament in honor of the nuclear physicist and Soviet dissident Andrei Sakharov.

Recent winners include Pakistani activist and Nobel laureate Malala Yousafzai and the 2011 Arab Spring uprisings that led to political upheaval in northern Africa and the Middle East.

The 2014 prize will be awarded at a ceremony in Strasbourg on November 26.