Who is fighting in northern Afghanistan?

Reports have emerged that along with the Afghan Taliban, scores of Central Asian Islamists and Pakistani jihadists are fighting in northern Afghanistan. Are the militants becoming a multi-national movement? 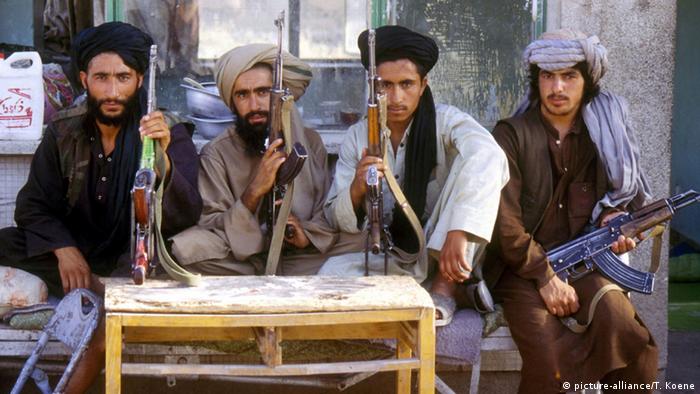 It is true that the Taliban had to retreat from Kunduz, only days after taking over large parts of the Afghan city. But the Islamists have opened war fronts in other parts of northern Afghanistan, which have never been their strongholds. They have effectively taken the battle to the northeastern provinces of Takhar, Baghlan and Badakhshan, where the Taliban reportedly captured some areas, including one close to Fayzabad, where the German military once had a base.

The Taliban's offensive and their military prowess seems to have caught everyone by surprise, particularly President Ashraf Ghani's administration in Kabul. The Afghan government needed US air power to expel the insurgents from Kunduz, which is not only Afghanistan's fifth-largest city but also has a geo-political significance given its proximity to Central Asia.

The success of the Taliban in Kunduz - albeit ephemeral - raises questions about the Afghan troops' ability to prevent another provincial capital from falling under Taliban control.

"Kunduz is actually a very small part of a bigger story. This story is an effort by the Taliban to carve out a large sphere of influence in a geo-strategically significant region," Michael Kugelman, a South Asia expert at the Woodrow Wilson Center for Scholars, told DW. 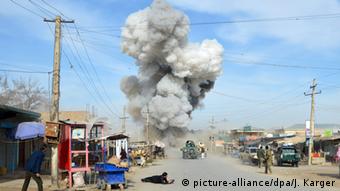 The Taliban's military prowess in Kunduz caught everyone by surprise

The expert says that the Taliban have also proven their ability to seize territory across a vast swath of the northern region. "In the long term, that is just as concerning as the Taliban's takeover of Kunduz, given that until relatively recently northern Afghanistan was not a Taliban stronghold," he said.

Experts say that one of the reasons behind the Taliban's takeover of Kunduz is their acceptance of jihadists from non-Pashtun movements across the region. For the first time, the Taliban are emerging as a multi-ethnic and multi-national force by aligning with Uzbek, Uighur and even Pakistan's Punjabi Islamists.

"The battle over Kunduz symbolizes a change in the overall political strategy and subsequently the recruitment patterns of the Taliban: from a mainly Pashtun-focused composition of its ranks towards a more multi-ethnic force in order to improve their chances of controlling northern areas of Afghanistan," Siegfried O. Wolf, Director of research at the Brussels-based South Asia Democratic Forum (SADF), and a researcher at the University of Heidelberg's South Asia Institute, told DW.

"It seems that besides Arabs, Pakistanis and Bangladeshis (including Rohingya refugees from Myanmar recruited in Bangladesh), militants from Central Asia and China's Xinjiang Uighur Autonomous Region are joining the Taliban in northern Afghanistan," the expert added.

As government forces make progress in Kunduz, there are indications the fight over the city was only part of a bigger Taliban strategy designed to increase their clout in key areas of northern Afghanistan. DW examines. (06.10.2015)

Ahmad Saidi, a former Afghan diplomat in Pakistan and a security expert, confirmed the participation of ethnically diverse Islamists in the Taliban's latest offensive.

"There are fighters from Pakistan, Uzbekistan, Chechnya, Kirgizstan, Azerbaijan and some from Arab countries in Kunduz and other northern Afghan provinces," Saidi told DW, adding that among them the Pakistani and Uzbek fighters had been the most active.

What's Pakistan's role in it?

According to media reports, some Taliban commanders fighting in northern Afghanistan were once incarcerated in Pakistan. And some of them played important roles in the Taliban regime ousted in 2001 following a US-led invasion. Mullah Abdul Salam Akhund, for instance, was one of nine former Afghan Taliban cabinet ministers arrested by Pakistani authorities in 2010 as part of a US-driven crackdown on extremists.

Akhund, the Taliban's shadow governor for Kunduz, was released in 2013 by Pakistan, along with several other of the group's leaders, to facilitate peace talks with Washington and Kabul. That same year, Islamabad also released the Taliban's former foreign minister, Mullah Mohammed Hassan. Analysts say it can't be a coincidence that the two commanders freed by Pakistan were in charge of the Taliban's Kunduz mission.

"It is not clear on what terms they (Akhund and Hassan) were released and sent to Afghanistan," Arif Jamal, a US-based journalist and author of several books on Islamic terrorism and Pakistan, told DW. "However, we know that Pakistan is supporting the Islamist takeover of parts of Afghanistan and, eventually, the capital Kabul."

Jamal says there is enough evidence that the supply lines for the Taliban and other extremist groups in northern Afghanistan pass through Pakistan. "The Pakistani military is supporting different groups of the Taliban, Jamatud Dawa and 'Islamic State' in Afghanistan. The goal is to send Ghani's government packing once the US forces completely withdraw." 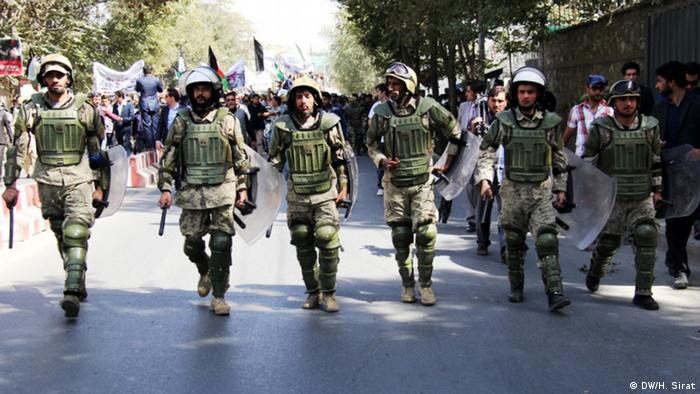 Can Afghan troops prevent another provincial capital from falling into Taliban hands?

Islamabad denies allegations that it backs factions of the Taliban and other jihadist groups in Afghanistan, and says it wants a stable government in Kabul.

Analyst Wolf, however, does not agree with Pakistan's official stance: "This has been a recurring part of an officially orchestrated 'cat-and-mouse game' by Pakistani authorities to provoke the Afghan government and to lead astray the anti-terror engagement of the international community.

The Pakistani Taliban have been heading in remarkable numbers to northern Afghanistan, which has become a new sanctuary and area of operation for an array of militant groups."

But there is also a flipside, says Wolf. "The Taliban are taking a moderate approach towards non-Pashtuns and former combatants in northern Afghanistan to reduce the intensity of the conflict between different ethnic groups. But this could be a worrying development for Pakistani policymakers as many of the new groups in the north are known for their deeply entrenched anti-Pakistan sentiments."

Islamabad is rather interested in supporting the pro-Pakistan factions among the Afghan Taliban in order to establish a friendly Pashtun government in its neighborhood, said Wolf. "All this could lead to an escalation of the armed conflict in northern Afghanistan, making the region unmanageable for Afghanistan's National Security Forces," he added.

Is there a diplomatic solution?

Former Afghan diplomat Ahmad Saidi hopes the situation can be brought under control as long as President Ghani's administration works with neighboring countries and persuades them to stop the flow of jihadists to northern Afghanistan. 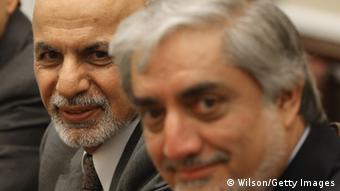 "The government should work together with the countries in the region to fight the insurgency. In order to do this, Afghan politicians need to ignore their disputes and take a stronger stance against the Taliban when they engage in talks with other countries," said Saidi, referring to political disputes among President Ghani and his chief executive Abdullah Abdullah, who is also from northern Afghanistan.

But resolving the Afghan government's internal crisis is probably easier said than done. The Taliban's latest offensive in the north has dealt a major blow to the one-year-old unity government of President Ashraf Ghani, as it is yet again civilians who have borne the brunt of the escalating violence.

"The crisis of confidence in the government was already there, but the fall of Kunduz has exacerbated this, and also brought international attention to the weakness of the Afghan government," Omar Hamid, Head of Asia Pacific Country Risk at global analytics firm IHS, told DW.

Also, Afghanistan's neighboring countries are not willing to help, at least not now.

Tensions increase between Taliban and Pakistan over attacks 21.04.2022

Observers say the governments will need to negotiate a peace agreement, despite a slew of failed talks.

Police say scores were injured when a bomb ripped through a mosque in Kunduz during Friday prayers. The attack came as an "Islamic State" affiliate claimed responsibility for several earlier bomb attacks.