WHO classifies Indian coronavirus mutation as a 'variant of concern'

The global body says the variant may be more contagious than the original form and perhaps resistant to vaccines. India has seen massive infection and death rates, though observers say actual numbers are far higher. 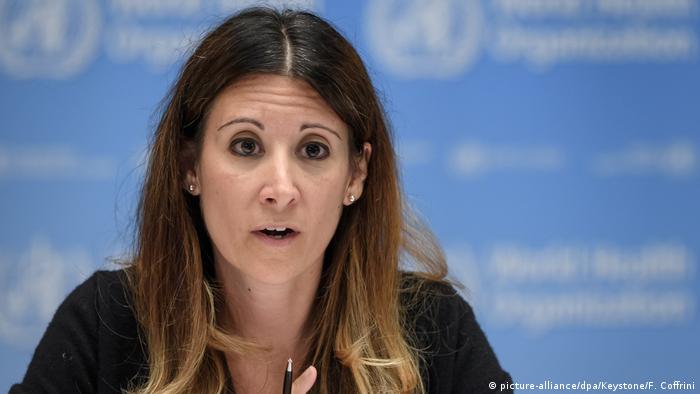 The World Health Organization (WHO) on Monday announced that it had changed its classification of the B.1.617 coronavirus variant first found in India last October from a "variant of interest" to a "variant of concern."

The announcement was made by WHO lead COVID-19 scientist, Maria van Kerkhove, who said, "There is some available information to suggest increased transmissibility of the B.1.617." She also said that this new variant is not the only one circulating in India, noting that the British B.1.1.7 variant, which has been shown to have increased transmissibility, is also present there.

Will vaccines still work on the new Indian variant?

After noting that the Indian variant may be more resistant to vaccines, the US epidemiologist said, "as such, we are classifying this as a variant of concern at the global level." She said the variant had already spread to other countries outside India.

Van Kerkhove promised more information on Tuesday, when the WHO presents its weekly epidemiological update, though she said "we don't have anything to suggest that our diagnostics or therapeutics and our vaccines don't work."

WHO Chief Scientist Soumya Swaminathan said there was no data on the impact of the variant on diagnostics, therapeutics or vaccine effectiveness. However, it was "more transmissible, based on which it is a VOC."

Coronavirus in India: Out of control?

Observers fear that the variant may be what is driving India's skyrocketing infection and death rates, though van Kerkhove said a number of other factors were at work, including "social mixing and the relaxation of some public health and social measures."

What is a variant of concern?

Variants of concern are those considered more dangerous than the original form of the virus first seen in China in late 2019. That danger stems from a variant's higher transmissibility, lethality and resistance to vaccines. The Indian variant will now join the Brazilian, British and South African mutations also classified as being "of concern" by the global health authority.

Experts fear that as the virus continues to spread it will seek ideal conditions and continue to mutate. "We will continue to see variants of concern around the world and we must do everything that we can to really limit the spread," van Kerkhove said.

The WHO says that although most regions around the world are currently registering fewer infections, South Asia and Southeast Asia are experiencing dramatic increases.

Correction: A previous version of this story quoted Soumya Swaminathan to say that the virus strain in India is potentially resistant to vaccine protection. She has clarified that she was misquoted.