Early findings show that the new, faster-spreading coronavirus variant identified in the UK could also be more deadly, British leaders and experts said. They cautioned that data remained sparse and margins narrow. 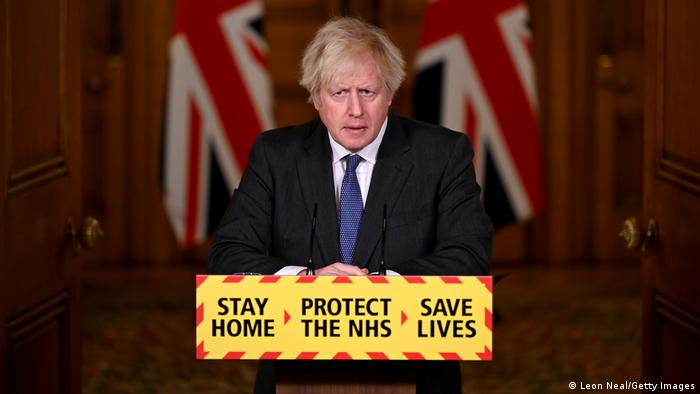 The new B117 coronavirus variant that was first detected in the United Kingdom could potentially be deadlier than the original, British Prime Minister Boris Johnson said on Friday.

"In addition to spreading more quickly, it also now appears that there is some evidence that the new variant identified in London and the South East may be associated with a higher degree of mortality," Johnson said at a press conference.

The British government's chief scientific adviser Patrick Vallance said that the new variant could be around 30% more deadly, but cautioned that the findings were based on an initial assessment of early data.

"These data are currently uncertain and we don't have a very good estimate of the precise nature or indeed whether it is an overall increase, but it looks like it is," Vallance added.

As researchers continue to look closely into the variant, Johnson said that there could be further restrictions on the horizon.

"We may need to go further to protect our borders," he said.

The prime minister, who has been criticized for easing restrictions in the past and delivering overly optimistic pandemic predictions, struck a more sobering tone on Friday.

"We will have to live with coronavirus in one way or another for a long while to come," he said, adding that "it's an open question'' when measures could be eased.

"At this stage you've got to be very, very cautious indeed," he said.

The UK is currently under a lockdown in a bid to curb a surge in COVID-19 cases. People are largely required to stay home while entertainment venues, restaurants, pubs and many shops remain closed.

Monitoring the spread of coronavirus variants

What do we know about the variant B117?

The B117 variant first emerged in London and southeastern England late last year and has since been detected in dozens of countries.

Researchers have so far determined that B117 is more contagious than the previously known coronavirus variants.

British officials have said they're confident the COVID-19 vaccines that have been authorized so far will protect against the B117 variant.

Vallance said on Friday that scientists were more concerned that new variants identified in Brazil and South Africa could be more resistant to vaccines. He cautioned that more research needed to be carried out in each case.

The UK has seen a record number of COVID-19 cases for a fifth day in succession. Meanwhile, hospitals in Lebanon are being overwhelmed as infection rates soar.