WHO: ′China faces growing public health crisis from tobacco use′ | Asia| An in-depth look at news from across the continent | DW | 25.12.2014

WHO: 'China faces growing public health crisis from tobacco use'

Some 3,000 people die in China every day from smoking-related diseases. The WHO's country representative Bernhard Schwartlaender tells DW how the tobacco epidemic is likely to have a major impact on Chinese society. 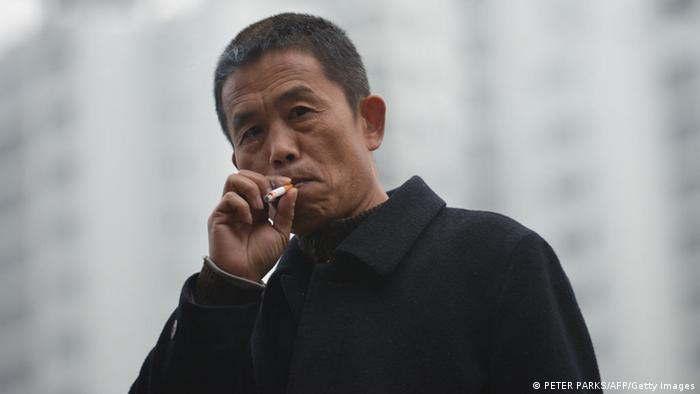 DW: Is tobacco consumption in China leading to a public health crisis?

Bernhard Schwartlaender: Tobacco use is a major public health problem in China. China is the world's largest producer and consumer of tobacco products: there are more than 300 million smokers in the country. Currently, about three out of every 10 adults in China (28 percent) smoke tobacco products, including more than half of all adult men. Approximately one million deaths every year – or 3000 deaths each day – are caused by tobacco smoking. In addition, over 700 million people are routinely exposed to second-hand smoke, which kills approximately 100,000 people every year.

What impact is the increased consumption of tobacco having on Chinese society?

The tobacco epidemic in China will cause devastating costs for the health system, economy, and China's society more broadly. If the prevalence of tobacco use in China is not reduced, the number of tobacco-related deaths every year in China will increase to three million by 2050. 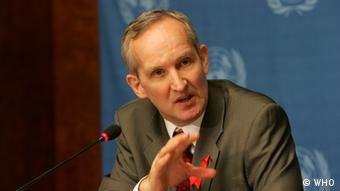 Which members of Chinese society tend to consume the most and why? What are the incentives?

Geographically, smoking rates tend to be highest in the economically less developed areas of China, including in rural areas.

In China, like elsewhere, most smokers start smoking when they are young. It is critically important that we prevent children and teenagers from getting hooked to tobacco use – through educating them about the harms of tobacco use, and stopping tobacco companies from marketing. Protecting young people from taking up smoking habits will likely protect them for life.

A smoking ban will be introduced in Beijing next June. That's all well and good, but extending it beyond the city limits will be a different story, says DW columnist Frank Sieren. (10.12.2014)

The WHO says that although tuberculosis is slowly declining, the number of TB cases, compared with its last year report, has risen. WHO's Philippe Glaziou tells DW why some Asian countries are more prone to the disease. (23.10.2014)

The Thai Public Health Ministry is embroiled in a court battle with international tobacco companies as it seeks to impose larger graphic health warnings on cigarette packages. (14.10.2013)

There is nothing traditionally Chinese about smoking – as is the case in other countries, high smoking rates in China are the result of lack of knowledge and a tobacco industry which aggressively markets its products to the population in order to increase its revenue and profits.

How far away is China from implementing a national tobacco control law?

China has taken some important steps forward on tobacco control in recent years. The Joint Notice issued by the State Council and the Communist Party promoting smoke-free policies late last year is one example, as well as the newly passed Beijing Smoking law. The Beijing law is a 100 percent smoke-free law with no loopholes and no exemptions. With this law coming into full effect by 15 June, 2015, Beijing has now set the standard for a strong set of tobacco control policies at national level and other cities – in China and elsewhere.

The National Health and Planning Commission has recently put to the State Council approval a draft on national regulations on smoking in public places. These regulations include a broad package of tobacco control measures, which are consistent with the requirements of the WHO's Framework Convention on Tobacco Control (WHO FCTC) – the global tobacco treaty which China ratified in 2005. If adopted, these regulations will represent unprecedented progress towards China meeting its obligations under the WHO FCTC.

What is the current draft bill set to regulate, and will this be sufficient to curb consumption and prevent the many tobacco-related deaths in the country?

The draft regulations include a broad package of tobacco control measures. The policies included in the draft will reduce smoking rates in China, and if fully enacted, will make an enormous contribution to addressing the growing epidemic of non-communicable disease (NCDs) in China and its massive health, economic and social costs. 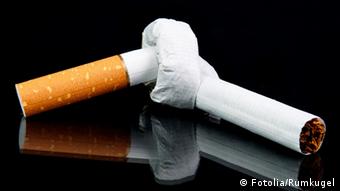 Schwartlaender: 'There is nothing traditionally Chinese about smoking – as is the case in other countries'

To best curb consumption and prevent the tobacco-related deaths in China, China needs to fully implement its commitment under the WHO FCTC. In addition to the policies covered under the draft regulations, this may include additional measures such as raising tobacco taxes. Currently, cigarettes are very cheap and a pack of cigarettes may only cost as much as a bottle of drinking water in your neighborhood store.

What is your advice to Chinese authorities as to how to effectively tackle this crisis?

WHO's advice to the State Council Legislative Affairs Office regarding the draft regulation is clear: if the draft is adopted in full and without delay, the public health benefits for China will be substantial. Any attempts from groups with vested interests to weaken or dilute the key provisions of the draft regulations should be resisted. This law, if adopted in full, will save many millions of lives and enormous cost for individuals, families and the overall economy.

Dr. Bernhard Schwartlaender is the Representative of the World Health Organization (WHO) in China.