Five Borussia Dortmund supporters have been handed heavy fines after being found guilty of insulting Hoffenheim owner Dietmar Hopp. But the fans' lawyers have criticized the proceedings as unfair and will appeal. 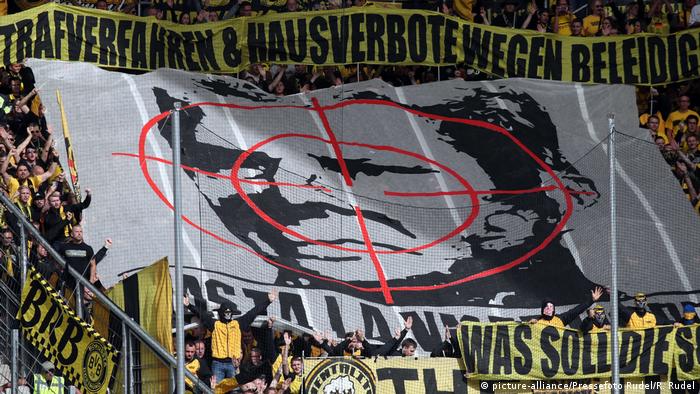 Ahead of kick off in the Bundesliga match between TSG 1899 Hoffenheim and Borussia Dortmund on May 14 last year, a large banner was unfurled in the away end.

The banner featured a red crosshair superimposed over the face of Hoffenheim owner and patron Dietmar Hopp and was accompanied by the words: "Hasta la vista, Hopp!" Meanwhile, the fans chanted that Hopp was the "son of a whore."

With the help of high-resolution video cameras and directional microphones built into the roof of the away section at the PreZero Arena on Hopp's instruction in January 2018, his lawyers were able to identify five fans who had sung the offending chant and press charges for defamation.

Two of the fans, who had no previous relevant convictions, accepted the charges and were ordered to pay fines of €400 and €600 respectively. The other three, represented by a trio of lawyers specializing in football and fan culture, argued that their criticism of the Hoffenheim model is legitimate and that the insults were not aimed at defaming Hopp personally, also highlighting the harsher, more acerbic language prevalent among football fans. 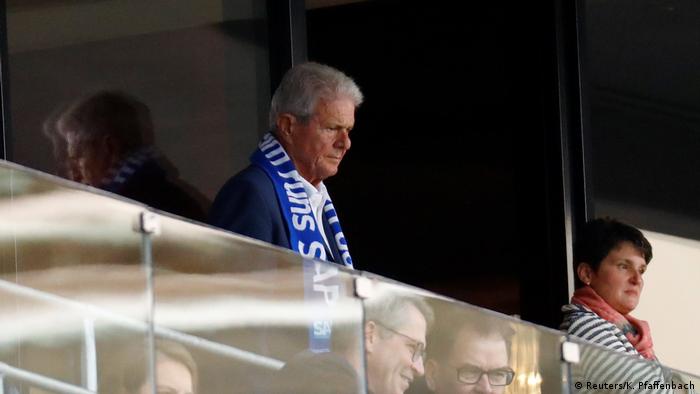 It wasn't the first time that Hopp had been targeted by fans of opposition clubs. The 79-year-old billionaire, a co-founder of software giants SAP, is an unpopular figure among many German football supporters, having financed the rise of his local club Hoffenheim from the village leagues to the Bundesliga to the tune of over €350m ($392m).

He was granted an exemption from German football's 50+1 ownership rule in July 2015 and now owns 96 percent of Hoffenheim, who finished ninth in the Bundesliga last season under young head coach Julian Nagelsmann. The previous year, they had finished third, qualifying for the Champions League for the first ever time.

- Read more: Dietmar Hopp: 'No team in the Bundesliga gets by without injections of money'

But for supporters of other more traditional German clubs, Hopp and Hoffenheim are seen as plastic and fake, a test tube vanity project embodying the creeping over-commercialization of the game, not to mention a distortion of the competition.

Backed by a majority shareholder, Hoffenheim have outspent traditional German clubs who are still bound by the 50+1 rule in their rise up the leagues, while majority ownership also allows for more efficient, corporate decision-making structures which would otherwise be hampered by a voting membership.

While the club's success is welcomed by the 28,000 fans who fill the PreZero Arena on the A6 autobahn, supporters elsewhere feel that every place in the pyramid occupied by a club like Hoffenheim robs a more traditional club with a bigger fan base of theirs, and the protests can cross the line. Cologne supporters, for example, during a game in April 2017, depicted the 79-year-old's mother as a prostitute and labeled his father a Nazi. 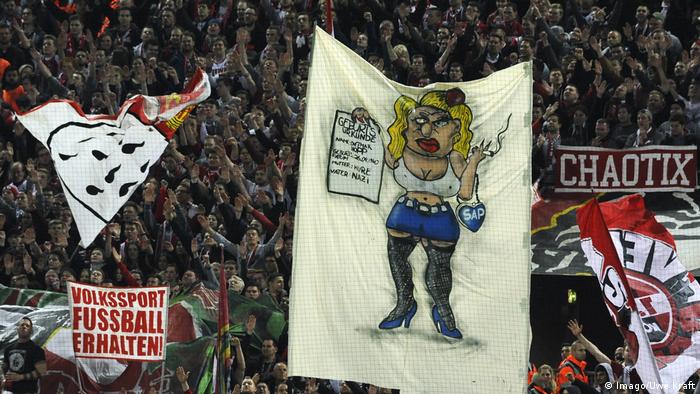 As distasteful as the insults undoubtedly are, Hopp has usually tended to brush them off or ignore them. He enjoys a great deal of good will in his native Rhein-Neckar region in south-western Germany, a result of his extensive charitable work and philanthropy. His father, Emil, was indeed a member of the Nazi SA in the 1930s, a fact Hopp himself has never denied, instead supporting research into the area's national socialist past.

On occasions where he has pressed charges against fans, he has often then dropped them upon receipt of an official apology. But not this time, not when he was accompanied in the stadium by a German cabinet minister and family members including his grandchildren. This time, Hopp wanted justice.

Prof. Christoph Schickhardt, prosecuting, conceded that criticism of Hoffenheim could be justified, but told Dortmund-based newspaper Ruhr Nachrichten that "there is no justification for criminal acts." 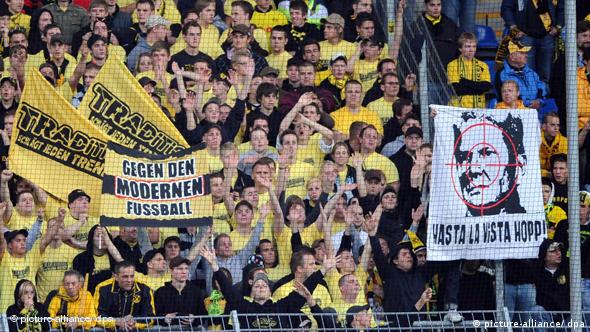 But defense lawyers and Borussia Dortmund fan organizations have issued scathing criticism of the trial, in which around 20 objections were dismissed or not permitted at all. They were particularly concerned about the use of such precise camera and microphone equipment to gather evidence, technology which could conceivably be used to record private conversations and thus constitute a severe breach of privacy.

What's more, when the defense lawyers requested that Hopp himself take the stand to answer questions, neither the local authorities nor Hopp's own lawyers could provide a valid address to issue a summons.

"It was a procedure without precedent in terms of the disregard for basic rights in German case law," lawyer Stefan Witte told Ruhr Nachrichten. "A fair hearing was not guaranteed at any point. The defense's arguments were shown no more regard than the objections," added the Fanhilfe Dortmund, an organization which provides legal aid for Dortmund fans.

"They're taking us for a ride," one of the accused told Ruhr Nachrichten, as he and his fellow defendants were sentenced to fines equivalent to 70 days' salary.

Witte and the defending lawyers have already signaled their intention to appeal the verdict.