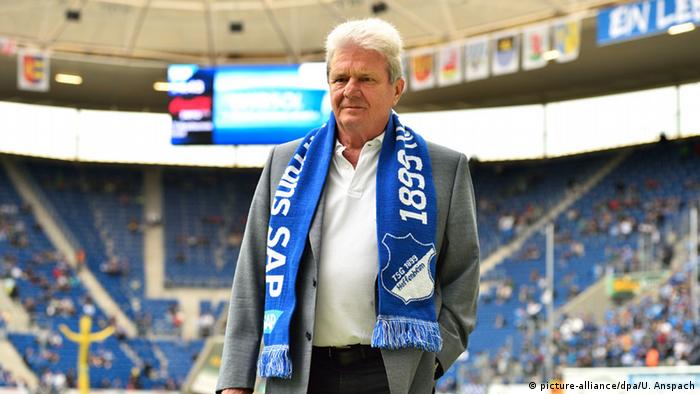 Another lamentable step in the commercialization of the Bundesliga, or the inevitable acknowledgement of more than 350 million euros (currently $396 million) poured into village club Hoffenheim over the years? On Monday, Hoffenheim's club members voted unanimously to allow benefactor Dietmar Hopp, the billionaire co-founder of software giant SAP, to assume a majority voting share in the Bundesliga side.

Most German sides are bound by a special rule, the "50+1" provision, stating that a voting majority should rest in control of the club itself. For years, Hopp had held a 49-percent voting stake in the side, which he helped propel through the German lower divisions and into the Bundesliga proper.

"As with any right, this comes with moral obligations attached," Hopp said on Monday, saying that the change would make it easier for him to continue to invest in the club's infrastructure and youth facilities. "Even after the takeover, an advisory body will continue to watch over the economic and sporting needs of TSG [Hoffenheim], so the responsibility of the management will not be affected." 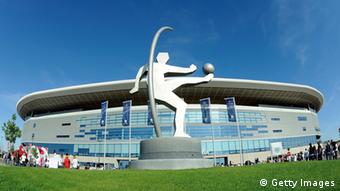 Of Hoffenheim's 6,437 members, 384 were present for Monday's vote. Prior to the change, Hoffenheim had retained a 51-percent voting majority, despite having just 4 percent of the club's capital holdings, to Hopp's 96 percent.

Hopp's majority voting share will come into effect from July 1; the DFL (German Football League) approved the move in principle just before Christmas.

"In the view of the board, the necessary conditions for an exception to the so-called '50+1 rule' have been fulfilled in this case," the DFL said at the time, citing Hopp's continued investment in the senior and youth setups at the club. The league's charter states that the ownership structure rules can be ignored if an investor "has promoted football at the club considerably and without interruption for at least 20 years." The German DFB football association also provided the requisite approval.

The first two, longstanding, German exceptions to the 50+1 rule are the Bundesliga's famous "company clubs:" Bayer Leverkusen, belonging to the city's pharmaceuticals giant Bayer; and Wolfsburg, flying the flag for Volkswagen's home town and headquarters. The DFL's decision in December might open the door for other sides with major investors - like Hannover 96 and Martin Kind, or second-division promotion hopefuls RB Leipzig - to officially embrace corporate ownership. 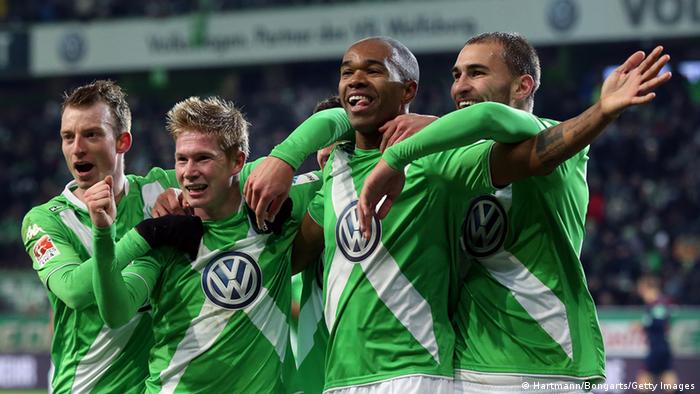 SAP co-founder Hopp, who played for TSG Hoffenheim himself as a youngster, returned to the club as an investor in 1990. Despite being based in a village with a population of around 3,000 people, the club rose through the ranks of German non-league football, reaching the Bundesliga by 2008.

Hopp presided over the construction of a Bundesliga-fit stadium in nearby Sinsheim, prepared just in time for the side's debut in the top flight. The Wirsol Rhein-Neckar-Arena is not the most hallowed ground in German football, nor necessarily the noisiest, but Hoffenheim have consistently come close to filling the 30,150 places available for Bundesliga matches. The side has averaged attendances of 25,000 or more ever since moving to the new stadium.

Hoffenheim doggedly resisted the drop - despite some rather close shaves - ever since reaching the Bundesliga, even emerging as potential contenders to qualify for European competition this season. Although after seven defeats in their last 10 games, the push for the club's inaugural continental berth has faltered considerably.

Dortmund's margin and manner of victory

Dortmund's win in Freiburg was, all things considered, the most important win for BVB this year. Jonathan doesn't want to get too hasty, but it felt like a turning point. (07.02.2015)

Augsburg bury Hoffenheim in the snow, Bremen beat Berlin at the bottom

Augsburg moved to joint third in the Bundesliga after a 3-1 win against fellow European hopefuls Hoffenheim on Sunday. Earlier, Bremen won only its fifth game of the season as a Franco Di Santo double sank Berlin 2-0. (01.02.2015)

The Bundesliga is back and as we restart the season, there are a number of questions to be answered by the 18 top-flight clubs. Here are our five most pressing issues in Germany's top division. (29.01.2015)