What's behind China's 'non-interference' in Africa? 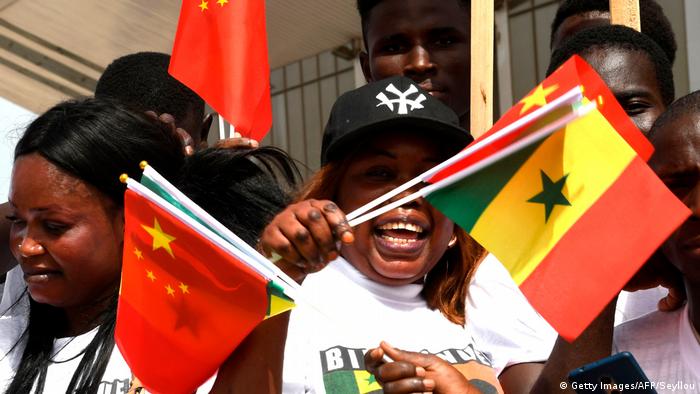 President Xi Jinping told African leaders on Monday that China's investments on the continent have "no political strings attached," pledging $60 billion (€51.6 billion) in new development financing, even as Beijing is increasingly criticized over its debt-heavy projects abroad.

Xi offered the funding at the start of a two-day China-Africa summit that focused on his cherished Belt and Road Initiative (BRI). The money — to be spent over the next three years — comes on top of $60 billion Beijing offered in 2015.

The massive BRI scheme is aimed at improving Chinese access to foreign markets and resources, and boosting Beijing's influence abroad. China has poured billions in loans for roads, railways, ports and other major infrastructure projects in Asia and Africa.

But critics warn that the Chinese leader's pet project is burying some countries under massive debt.

In a DW interview, Professor Helmut Asche says China's development cooperation is overshadowing Western cooperation in terms of the speed of delivery, coverage and scope of infrastructure funding.

DW: To what extent do China's assertions that there are no "political conditions" to its economic engagement in Africa appear credible?

Helmut Asche: It is true that China does not set any explicit political conditions except when it comes to the Taiwan issue. It is formally a kind of "non-intervention policy," but there have been some prominent cases of clear Chinese intervention. 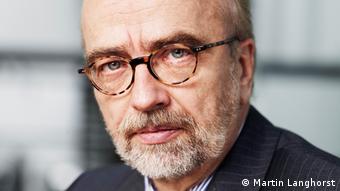 The transition of power in Zimbabwe, where dictator Robert Mugabe was recently deposed, is a case in point. The Chinese government has not been able to deny convincingly reports that the current President Emmerson Mnangagwa had obtained prior approval from Beijing.

It's no secret that Zimbabwe's ruling ZANU-PF party has had China's backing for decades. One cannot call them "political conditions," but it's certainly political influence.

Why does China then emphasize that no political conditions are attached to its development cooperation?

I believe it has a lot to do with the fact that non-interference, counterintuitively, also bestows some influence. Let me give you the most obvious example: In a number of African countries, the human rights situation is poor. When Western nations, especially the European Union and Germany, intervene, they say they're not going to accept these rights violations and warn that they're going to stop development aid to these nations if they don't change their ways.

This policy is correct, but unfortunately due to the migration issue, it hasn't been implemented consistently in recent years, against countries like Sudan, for instance. The Chinese government's approach is quite different to that of the West on this front.

Does this position involve more than just paying lip-service to the notion of non-intervention?

Yes. It is an indirect criticism of European development policy. It indirectly criticizes the "neo-colonialism" that Europeans and Americans still practice with regard to their development aid. This neo-colonialist tendency certainly exists. But as I have just illustrated with my example concerning the human rights violations in Africa, the political influence exerted by Europe also has positive implications.

We do not observe this when it comes to Chinese engagement in Africa. The Chinese government has never appeared to pay heed to human rights violations anywhere and criticize authorities for doing them.

Is China's "non-interference" policy something that merits outright criticism?

There are two different elements here. I have already explained about the first one. The other relates to democracy, free elections and free press. As for the second element, we're explicitly trying to influence it, within the framework of the previous and current partnership agreements between the EU and Africa.

We repeatedly stress that we promote multiparty democracy and free elections, among other things. These things already work well in some countries like Senegal and Ghana. The problem — and here the Chinese way of doing things has a point — is that these are not necessarily the countries that have the least corruption and strive hard for economic development. Instead, the so-called authoritarian developing states such as Ethiopia and Rwanda, whose democratic system has massive shortcomings, fare well in this regard. These nations, like China, execute a very efficient development policy, despite their shoddy democracy.

Why are such political aspects important to development aid?

We believe that a number of institutions, including an independent judicial system, are essential to the success of development programs.

On the other hand, one can argue about what has to happen in which order; in other words, whether it is really crucial that a country — which is at a relatively early stage of its democratic development — has a multiparty political system and regular power transitions as we have, but lags far behind when it comes to development in other areas.

Why has China invited African army chiefs to Beijing?

How does China's development aid to Africa compare with Western cooperation?

Western development institutions seem unimaginative when it comes to seizing opportunities in Africa. The same applies to industry promotion, an area where Chinese cooperation is working much more effectively than that of the West.

In the manufacturing industry, we are once again realizing that we must provide massive and targeted support for investments in Africa in order to make the market more attractive for German investors. China is several decades ahead of us in this area.

Does Germany have to worry less about politics in Africa and more about business opportunities instead?

I don't argue that we should now put all the legitimate political concerns on the backburner. But it's unacceptable that it is happening now against the backdrop of the refugee crisis and within the framework of "Better Migration Management." As part of this, the status of regimes in countries like Sudan or Eritrea is being upgraded.

But what we can learn from China is to create attractive support packages for investment and export promotion, and to rope in companies to participate in big projects in Africa by dangling tax incentives.

The whole thing is ultimately about job creation.

Everyone knows that if you want to fight the causes of migration, then jobs are the key word. And that is precisely where German investors need to be encouraged and rewarded when they work in pioneering sectors in African countries.

Professor Helmut Asche is an economist and renowned German expert on African affairs.

The interview was conducted by Mu Cui.

How 'unconditional' is China's foreign aid?

Chinese foreign aid is often referred to as having "no political strings attached," and is therefore a more attractive option for many non-Western countries. But is it really free of constraints? (15.05.2018)

Exalted as a "mega-event," the Africa-China summit is expected to draw nearly all of Africa's leaders to Beijing. Barely a squeak of criticism has come out of China or Africa, even though there is plenty to be said. (02.09.2018)