What to watch out for on Bundesliga Matchday 9 | Sports | German football and major international sports news | DW | 27.10.2016

What to watch out for on Bundesliga Matchday 9

Dortmund and Schalke meet in the Ruhr derby with their form heading in opposite directions, Hertha face a stern test and Anthony Modeste tries to keep his scoring run going. Here's what you need to know about Matchday 9. 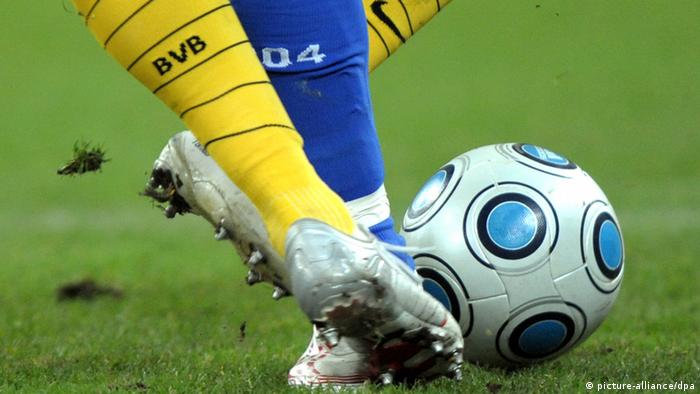 A month ago, Borussia Dortmund were scoring goals and racking up points for fun while Schalke were struggling to earn their first league win of the season. The picture couldn't be much more different in the lead up to the Ruhr Derby this weekend.

Schalke's German Cup victory in midweek means they have won five of their last six games in all competitions, scoring at least three goals on four occasions. During that same timeframe, Dortmund have won just twice and have fallen to sixth place in the Bundesliga table.

"We can be pleased with how things are going at the moment," said Schalke captain Benedikt Höwedes after the Cup win on Wednesday. But the World Cup winner knows his team has only just started to turn things around, adding. 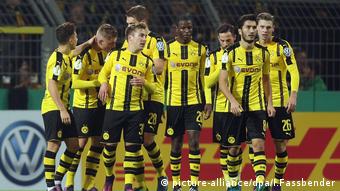 Dortmund have not won in the Bundesliga in over a month

"We still have just seven points. That is too few at this point. We urgently need to get points [in Dortmund]," he added.

Schalke have not won in Dortmund in four years, their last victory coming under former coach Jens Keller. But Dortmund have not been as convincing at home this season as they have in years past. They have failed to defeat Bayern Munich, Real Madrid and Hertha Berlin in Signal Iduna Park and needed a penalty shootout to beat Union Berlin in midweek.

"It is clear that we will need to give absolutely everything we physically have to give in order to get the result that we want on Saturday," Dortmund coach Thomas Tuchel said earlier this week.

Hertha Berlin solidified their place at the top end of the table last week when they topped Cologne 2-1. They face another potential competitor for a place in the top four this week when they travel to Sinsheim to face Hoffenheim.

Hoffenheim are one of three teams who remain unbeaten in the Bundesliga this season while Hertha have lost just once, to Bayern Munich last month. The coaches of both teams - Hoffenheim's Julian Nagelsmann and Hertha's Pal Dardai - enjoy growing reputations and their tactical tweaks could decide a game that looks set to be a tight affair.

Who is the top scorer in the Bundesliga right now? Not Robert Lewandowski, not Pierre-Emerick Aubameyang but Cologne's Anthony Modeste. The uncapped Frenchman has scored 10 goals in 10 games in the league and German Cup combined, the best run of goal-scoring form he's had in his career.

But Matchday 9 was where his scoring drought started last season. He'd scored six goals in his first eight Bundesliga games after joining Cologne from Hoffenheim, but did not notch a single goal in Cologne's next eight contests. 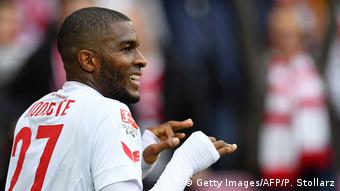 Fortunately for Modeste, Cologne are hosting Bundesliga cellar dwellers Hamburg on Sunday. The only club never to have been relegated to the second division have conceded 15 goals in league play this season, the third-worst defensive record in the Bundesliga. Modeste will need to keep finding the back of the net if the Billy Goats want to remain in the upper reaches of the table.

Freiburg's four consecutive home wins have lifted them to eighth in the table, an impressive start for a newly promoted side. But they have also lost each of their four away games, a worrying disparity.

They're on the road again this weekend when they travel to Bremen. With the Green and Whites just one point above the relegation zone, the match in the Weser Stadium is a good chance for Freiburg to finally get an away point or three. But Bremen will be a tough team to beat; they have rebounded somewhat under new coach Alexander Nouri, defeating Wolfsburg and Bayer Leverkusen in their last two home games.

The German FA has given Bayer Leverkusen coach Roger Schmidt a two-match ban for insulting his Hoffenheim counterpart during a game. This means he will not be in the dugout for Leverkusen's Cup tie. (24.10.2016)