What links Benjamin Netanyahu′s corruption probe and ThyssenKrupp? | Germany | News and in-depth reporting from Berlin and beyond | DW | 14.02.2018

How is the Israeli prime minister linked to an allegedly corrupt deal with German steel producer ThyssenKrupp? And what role did the German side play? 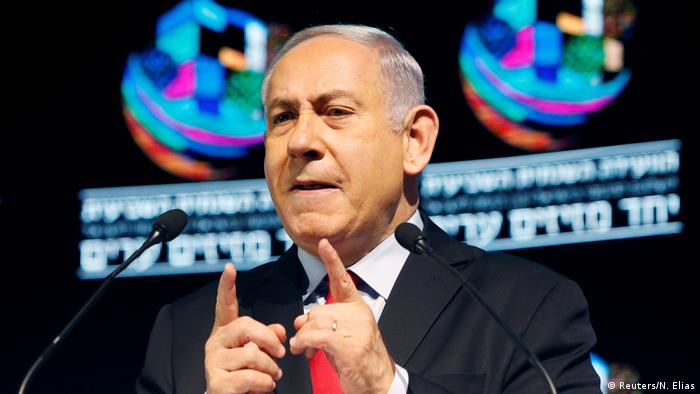 One is Israel's long-serving prime minister, the other is one of Germany's biggest industrial corporations, and now the two have been caught up in one of the scandals that could yet bring down Benjamin Netanyahu.

Two of Netanyahu's closest colleagues are alleged to have lobbied Israeli defense officials to choose the submarine arm of the Essen-based steel giant, ThyssenKrupp Marine Systems, for a government contract. The Israeli military has been a loyal customer for nuclear and non-nuclear capable German subs down the years.

It began last October, when the German government approved a €2 billion ($2.5 billion) deal to sell three "Dolphin" submarines and four corvette ships from ThyssenKrupp to the Israeli navy.

Berlin initially halted the deal for three months amid the developing scandal in Israel, before ultimately approving it. In Israel the investigation — named "case 3000" — involves officials from the Israeli security establishment, as well as those working locally for ThyssenKrupp.

The Israeli prime minister is not himself a suspect in the case, but the two people that Netanyahu is said to trust most were among those questioned over the deal by Israeli police in early November. One of these is Netanyahu's diplomatic envoy Yitzhak Molcho, while the other is David Shimron, Netanyahu's closest confidant, described by the Jerusalem Post as his "right-hand man."

Shimron is not only Netanyahu's personal family lawyer (in his youth he was also close to Netanyahu's late brother Yoni), he also represented ThyssenKrupp's agent in Israel, Miki Ganor, himself a suspect in the case. 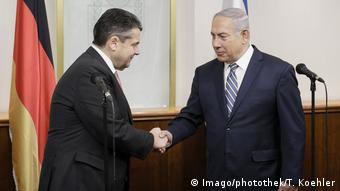 Last November, Raviv Drucker, a reporter for Israel's Channel 10 TV network, said that the police were looking into allegations that Shimron lobbied defense officials on behalf of ThyssenKrupp.

Drucker tracked the case for over a year. He smelled something fishy about the deal with ThyssenKrupp, especially for the corvettes, which Israel wanted to protect its offshore gas fields in the Mediterranean.

Miki Ganor is thought to be a central figure here. ThyssenKrupp's agent in Israel since 2009, who turned state witness in July 2017, was detained in the first round of arrests on suspicion of bribing Israeli government officials into favoring the German company.

No one on the German side wants to talk much about the affair. The chancellery is believed to have blocked the ThyssenKrupp deal for three months last summer, until Foreign Minister Sigmar Gabriel mediated (perhaps to smooth his own poor relations with Netanyahu at the time).

ThyseenKrupp has said it is setting up an internal investigation into the affair, and has suspended its contract with Ganor. The German Defense Ministry has said only it would not comment on what it deems "an internal Israeli affair."

Meanwhile, the deal itself stands, and construction on the four corvettes began in early February, under the auspices of the German Naval Yards in Kiel, on Germany's Baltic coast.

Benjamin Netanyahu being investigated for fraud, breach of trust and bribery

Concrete details of an ongoing investigation into Israeli Prime Minister Netanyahu have come to light through a court order. Police are in talks with his ex-chief of staff concerning testifying against his former boss. (04.08.2017)

Sara Netanyahu has been accused of procuring more than $100,000 in public funds to order food for the premier's residence. But the premier and his wife have blamed their former housekeeper for the alleged mishap. (08.09.2017)