Benjamin Netanyahu being investigated for fraud, breach of trust and bribery | News | DW | 04.08.2017

Benjamin Netanyahu being investigated for fraud, breach of trust and bribery

Concrete details of an ongoing investigation into Israeli Prime Minister Netanyahu have come to light through a court order. Police are in talks with his ex-chief of staff concerning testifying against his former boss. 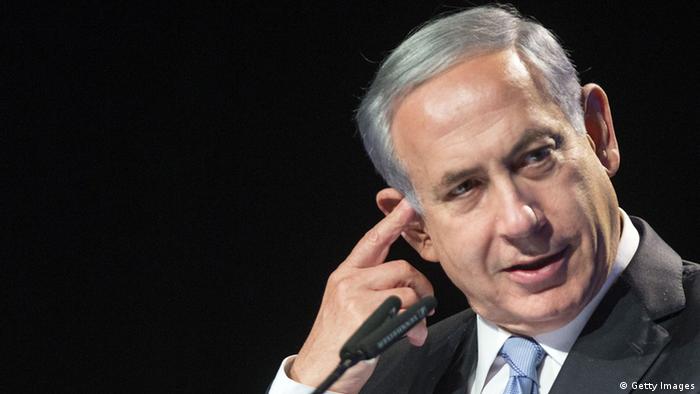 A court order issued by the police to an Israeli court disclosed that the prime minister was being investigated "on suspicion of the commission of the felonies of bribery, fraud and breach of trust."

Police had principally been seeking a court injunction aimed at barring publication of "any details from the negotiations under way with (former Netanyahu aide) Ari Harrow and counsel." However, the court also disclosed Netanyahu's suspected wrongdoing.

Meanwhile, Harrow, Netanyahu's former chief-of-staff, has agreed to testify in two cases against his former boss. Israeli media say Harrow reached a deal with the prosecutors on Friday.

Netanyahu's suspected wrongdoing revolves around two separate cases. The first case, known as File 1,000, relates to illegal gifts received by Netanyahu and his family from business associates, including Australian billionaire James Packer and Hollywood producer Arnon Milchan. File 2,000, meanwhile, concerns alleged attempts by the prime minister to strike a deal with the publisher of the Yediot Ahronot newspaper group, offering legislation that would weaken the publisher's competitors in exchange for favorable coverage.

Netanyahu has denied any wrongdoing. A spokesman for the Israeli premier responded to the court order on Thursday, saying he was the victim "a witch-hunt, now at its peak, aimed at changing the government."

The spokesman continued: "This is destined to fail, for a simple reason: Nothing will happen because nothing happened."

However, Odelia Carmon, another former aide of Netanyahu's who worked alongside Harrow, said that if the former aide were to testify, the revelations would be a "bombshell."

"He dealt with raising donations, he dealt with the finances, he dealt with state secrets," Carmon told a local radio station on Wednesday. "So this is not someone that Netanyahu can disavow, and I further believe he has everything documented."

Netanyahu isn't the first Israeli leader to have faced a criminal probe. In 2014, former Prime Minister Ehud Olmert was convicted of breach of trust and bribery, while Ariel Sharon was questioned while in office over allegations of bribery and illegal campaign financing activities.

Netanyahu has also found himself tied up in a separate investigation over a $2 billion deal to buy German submarines, which has led to the arrests of seven public officials and private business people. Although the prime minister isn't implicated in the case, his personal lawyer and second cousin is representing the local agent of German manufacturer, ThyssenKrupp, and is believed to have helped push the deal.

Corruption, bribery or power abuse. DW takes a look back at some prominent world leaders who have been convicted in the past five years. (13.07.2017)