What is the Atomwaffen Division?

While the neo-Nazi network Atomwaffen Division has a German name — and a German offshoot — it was actually spawned by a US online hate forum. DW takes a look at the group and its grim dystopian ideology. 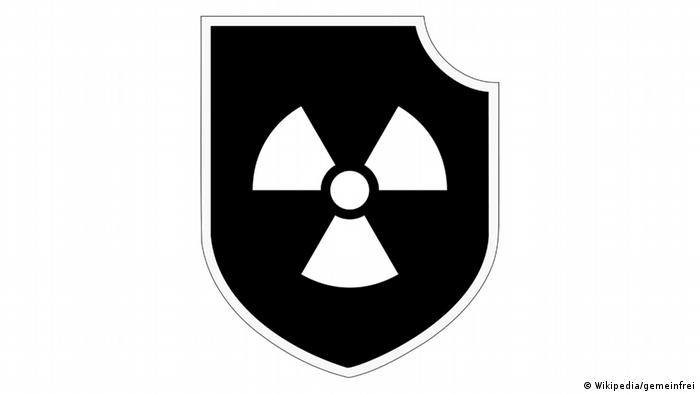 The Atomwaffen Division (AWD) is made up of a series of leaderless terror cells, drawing on the structure of other US-based neo-Nazi terror organizations such as the National Socialist Liberation Front from the 1970s and The Order, which followed it in the 1980s.

It sees violence and degeneracy as the only way of bringing about the lawless, apocalyptic conditions needed for it to wipe out nonwhite races and those who do not conform to its values.

According to the The Hague-based International Center for Counterterrorism (ICCT), the group is "but one subsection of a rising American radical right that is growing in size, viciousness of message, and acceptance of violence."

However, the group has been remarkably effective in attracting young violence-prone men to join it.

Origins in the internet

The AWD arose through the neo-Nazi website Iron March, an online forum that had been connected with other far-right groups and acts of neo-Nazi terrorism in the US.

Iron March went offline in 2017, but only after spawning various fascist organizations in the US and Europe, including the AWD.

The group has indulged in extreme online hate speech in its invective against minorities — particularly the Jewish and gay communities — as part of its origins. However, it also sought to distance itself from accusations of "keyboard warriorism."

The group claimed to have its largest concentration in Florida and smaller "chapels" in other US states, including New York, Ohio and Oregon.

Members sought to move activities from the internet into the real world, posting flyers around university campuses in Florida, Virginia and Boston.

The AWD went on to cause outrage with a 2016 protest against a vigil for victims of the Orlando shootings, in which 49 people were killed at a gay nightclub. Members also took part in a White Lives Matter protest.

The group found itself in trouble with the law astonishingly quickly, with members linked to five murders in three unrelated incidents.

Chemnitz against the far right

Two members of the main Florida cell were allegedly killed by another in an internal dispute in 2017.

At around that time, the group's then-leader Brandon Russell was arrested when police found firearms, ammunition and bomb-making supplies in the garage. He had been planning to blow up a power plant.

In another case in December that year, a Virginia AWD adherent shot himself after allegedly murdering the parents of his girlfriend, who had sought to separate their daughter from his immersion in racial hatred.

Then in 2018, a young gay Jewish man was murdered in California, allegedly by a classmate with strong links to the AWD.

The group's beliefs are said to draw on the belief that Nazis in the US cannot exercise any power as long as the US government remains in place. It idolizes individuals like Timothy McVeigh, the perpetrator of the Oklahoma bombing.

The key guiding figure appears to be prominent US neo-Nazi James Mason, who published his political fantasies in book form in the 1980s. His writing was guided by obvious influences, such as Adolf Hitler, and an esoteric fascist ideology that blended Nazism, Hinduism and the ecological movement. Charles Manson, who led the "Manson Family" commune and cult of the 1960s, was one of his collaborators on the tome.

Mason's standing in the world of US neo-Nazism is judged to have helped the WF cult find new followers.

Certain members of the group, albeit a minority, have expressed admiration for Islamist movements. In one of the murder cases, the suspect — an AWD member who described himself as a Salafist National Socialist — is alleged to have killed two other members in retaliation for their mocking his conversion to Islam.

Meanwhile, Russell is alleged to have described the perpetrator of the Orlando shootings — who pledged allegiance to extremist jihadi group "Islamic State" — as a hero.

How dangerous is it?

After the spate of murders — and Russell's arrest — the AWD appears to have drifted back toward the online sphere and aligned itself with Nazi and fascist literature and folklore, including occultism.

While the Southern Poverty Law Center (SPLC) describes AWD activities as "still deeply concerning," it judges that the group has since "struggled to become relevant online."

"The cadre that now remains ... more closely resembles a neo-Nazi cult that obsessively fetishizes mass murder, violence, and system collapse than a band of internet Nazis attempting to manifest their presence in real life," said an SPLC report on the group.

However, in its report on the group this year, the ICCT said that easy access to firearms in the US amplified the threat still posed by the group.

"The group propagates some of the most vicious and hateful rhetoric ever seen among domestic extremist groups, and should they follow up on their threats, would wreak havoc on civilian life around the country," it said.

Indeed, a man from northern Virginia arrested on gun charges in September, who bragged about committing racially motivated violence, was found to be an AWD member.

A notable aspect of the group is the way it has quickly spread to form chapters and splinter groups in other countries.

In Germany, the group published a video titled "AWD Deutschland: The Knives are Already Being Sharpened" in July 2018. Flyers have been spotted in Berlin, mimicking the tactics of the US group by targeting students.

In June this year, AWD propaganda was posted to homes in a Turkish area of Cologne where the far-right National Socialist Underground (NSU) left a bicycle-mounted nail bomb in 2004. The pamphlets warned of further attacks.

People claiming to be members of the organization also sent death threats to German Green politicians Cem Özdemir and Claudia Roth in October 2019.

In the UK, three members of the Sonnenkrieg (Sun War) Division offshoot were jailed for terrorism offenses in 2019.

Meanwhile, the group has also spread to Canada, as well as the Baltic states, where the leadership is thought to reside in Estonia.