What happens with German renewables in the dead of winter?

Germany has a reputation for being a renewable energy leader - but some believe that the nation's long, still and dim winters threaten such green aspirations. 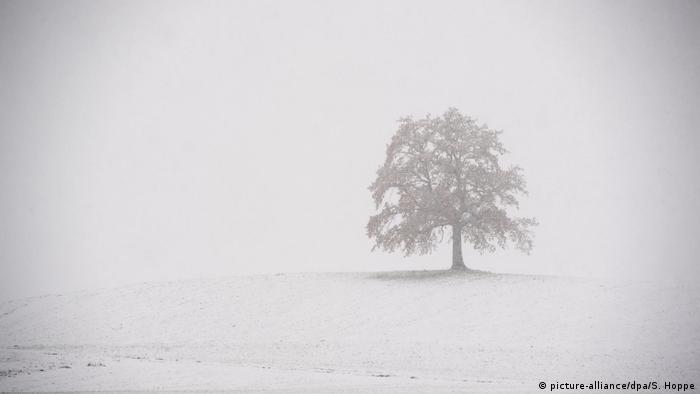 The "dark doldrums"conjures images of the deep Middle Ages, when the only light to be had flickered from a tallow candle. In fact, it is the loose translation for the German word Dunkelflaute, which describes this time of year, when neither sun nor wind are to be found in great abundance.

And this is the very scenario some are suggesting could plunge the nation into, if not quite a reenactment of its medieval past, then energy uncertainty.

An article published recently in the German daily "Die Welt" warned that the Dunkelflaute could be pushing Germany's power supply to its limits.

Drawing on statistics from the Agora Energiewende energy think tank and policy laboratory, the report said that on the days around January 24, 2017, as much as 90 percent of the country's power was provided by coal, gas and nuclear.

And not by renewables - which does not, the article continued, bode well for national plans to transition to a clean, green energy future.

Stefan Kapferer, Managing Director of the Federal Association of the Energy and Water Industry (BDEW) told DW that January was marked by a combination of lower-than-average temperatures, a high demand in electricity and extreme fluctuations in input from wind and solar power.

"Flexible, conventional power stations are essential if we are to stabilize the electricity network," he said. "We have to be able to cover energy demand regardless of the weather." 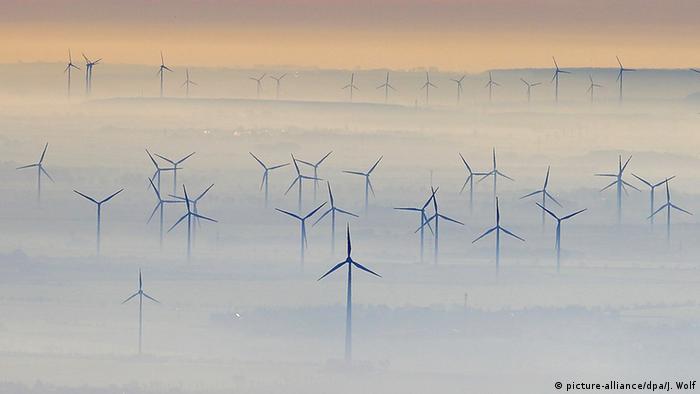 What happens with wind power when there's no breeze?

And that, Kapferer continued, implies a need for flexible gas and coal power stations, and further down the line, combined heat and power plants.

This would make it possible to "integrate renewables into the energy provision system," so they become "supporting pillars" of supply.

But Ralph Kampwirth, spokesman for green energy provider Lichtblick, proposes a different solution to what he says doesn't appear to be an "unsolvable problem."

Though he concedes that if the country is depending on wind and sun for electricity, the weather is a critical factor - but he takes a different view on how to secure supply.

"Mainly it's a question of storage," he told DW. "What we think will happen in the future is that we will have a more decentralized energy production system, at a regional or even household level, and mainly based on solar."

He is convinced that Germany is on the cusp of a whole new era in the way renewable power can be stored, because people looking to install photovoltaic solar panels will do so in conjunction with storage capacity. "There will be a tipping point," he said, adding that he believes it will be reached within the next five years. "There are many players investing in these technologies, so we believe it will happen."

But the possibility of a breakthrough in storage within the next five years is not a given.

Christoph Podewils, Director of Communications at Agora Energiewende, says that while it would be nice to see advances, present storage facilities will suffice until Germany is generating 70 percent of its power from renewables (currently, renewables make up about 30 percent of Germany's energy mix).

As for the prospect of the dark doldrums, he says it is less "a serious problem," and more "a challenge which has to be considered." The issue, he stresses, is an annual event, a response to Germany's January weather patterns.

And indeed, a glance though the think-tank's onlinetracking tool shows just that.

So what is the solution? "Right now, we don't need one," Podewils told DW. "We have massive overcapacity in the power system in Germany and in some other European countries - and as long as that exists, we can continue as we are for years." 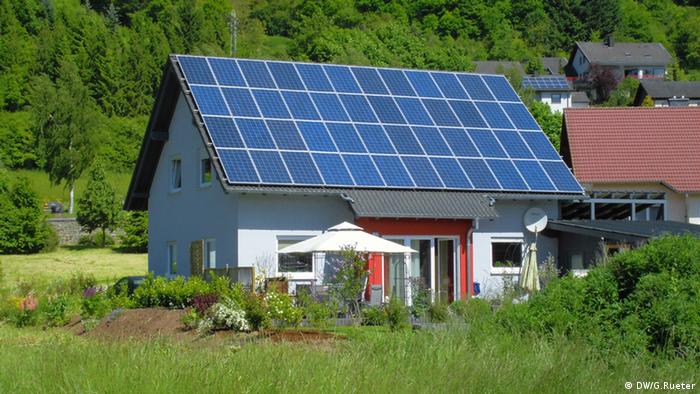 The future face of Germany?

He pointed out that on January 24, at the height of this year's Dunkelflaute, the country had so much overcapacity that it was still exporting to neighboring countries.

This situation, he holds, is unlikely to change in the coming years. And when nuclear goes offline in 2022, he says the shortfall will be covered by a higher use of gas and offshore wind power.

"We need to reduce coal power," he said, "so if you are going to shut that down, you need a backup." Podewils believes the conversation will then turn to gas-fired power plants.

Beyond that, there are plenty of options to insure the future is light. Even on days when the sun doesn't shine.

Residents of Feldheim, a village south of Berlin, decided to go off grid and produce their own energy for wind, sun and biogas. Their solution is now a role model for communities around the world. (19.01.2017)

Big data is about to transform renewable energy

Developments in the US and China are eroding Europe's lead in renewable energy. But if the EU could harness the power of the big data, it could increase outputs from wind energy by 20 percent - without much building. (28.10.2016)

Swedish energy giant Vattenfall has said it has finalized its complete withdrawal from its coal operations in Germany. The company reiterated its view that it had to move on to focus a lot more on renewables. (30.09.2016)

Living Planet: The road to renewables