What foods help prevent a severe course of COVID?

Throughout the pandemic, a lot of nutrition advice has been handed out. But is there any single food that can help prevent a serious COVID-19 infection? 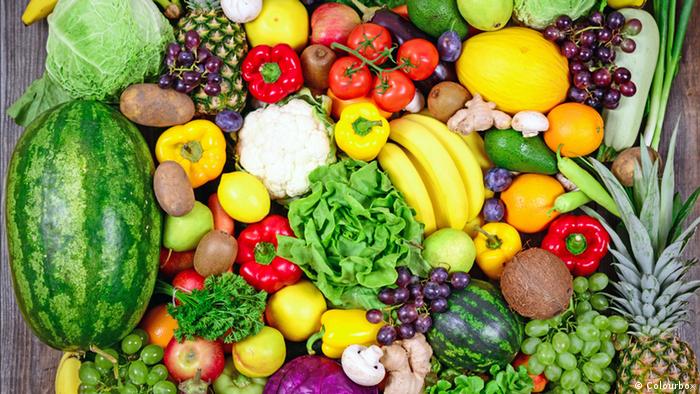 Our food choices have a direct impact on the health and function of our bodies, and on our immune systems.

With the coronavirus still circulating, people want to know what they can do at home to protect themselves against a severe COVID infection. Eating nutritious food that supports a healthy immune system is a good place to start.

Scientists are starting to look at the links between diet and COVID-19 infections. One main point they're making: A variety of nutrients is needed to maintain a healthy body and immune system.

"There is no single nutrient that will act as a magic bullet to protect people [from COVID-19]," said Philip Calder, a nutritional immunologist at the University of Southampton in the UK.

'Diet isn't the be all and end all'

A study of 2,884 health care workers in France, Germany, Italy, Spain, the UK and the US published in the BMJ medical journal in May found that those who reported following plant-based diets and pescatarian diets (mainly plant-based with some seafood) were less likely to develop a moderate-to-severe COVID infection than people who did not follow these diets.

Though the scientists controlled for age, sex, ethnicity, medical specialty, body mass index, medical conditions, and lifestyle factors such as smoking and exercise, the study does have some limitations. More than 70% of participants were men and 95% were doctors.

The study did not take other influencing factors, such as stress and sleep, into account.

"There are lots of things that influence people's immune system and diet is just one of them," Calder said. "It isn't the be-all and end-all."

Of the 568 COVID cases in the study, only 298 had a positive PCR or antibody test. The rest of the cases only had reported symptoms of COVID. When the study was restricted to only those with positive tests, although the association was the same as the main results, the small sample size meant it was no longer significant.

The researchers screened participants for substantial exposure to COVID-19, but were not able to control exactly how much exposure each health care worker had.

The benefits of a vegan diet

The food we need

The study has limitations, but its findings are somewhat in line with what the World Health Organization (WHO) recommends that we eat.

Humans need both micronutrients and macronutrients, most of which can be found in plant-based foods.

Micronutrients include vitamins and minerals, which are essential for keeping our bodies running smoothly and our immune systems strong.

Macronutrients give us the energy to maintain our bodily functions and get through the day. They can be roughly divided into three groups: carbohydrates, proteins and fats.

The WHO recommends eating a diet that includes a variety of fruits and vegetables, legumes (e.g., lentils, chickpeas, beans, peas), nuts, whole grains (e.g., brown rice, oats, millet, maize) and animal-source foods. People should eat at least five portions (or a total of 400 grams) of fruit and vegetables every day. Though starchy root vegetables such as potatoes, sweet potatoes and cassava are healthy, they do not count as one of your five a day.

It's also about what not to eat: Sugar intake should not exceed 12 teaspoons a day, but ideally just six for additional health benefits. This includes all the sugars added to food and drinks, as well as sugars that are naturally present in foods such as honey, fruit juice and syrup. The sugar in fruit and vegetables is not included. Salt intake should be restricted to about one teaspoon a day.

Health and the Internet

One nutritional factor that may contribute to a less-severe course of COVID-19 is Omega-3 fatty acids. There are three main types that humans need: ALA, DHA and EPA.

ALA is mainly found in plant oils and seeds, such as chia, flax and canola oil. DHA and EPA can only be found in fish and some algae. Vegetarians and vegans can take supplements made from algae to fill this gap. Fish actually become enriched with Omega-3 because of the algae they eat.

Iranian researchers have found that Omega-3s could play an important role in good COVID-19 outcomes. The results of a randomized controlled trial published in the Journal of Translational Medicine in March 2021 showed that critically ill COVID-19 patients who took a 1,000-milligram Omega-3 supplement containing 400 milligrams of EPAs and 200 milligrams of DHAs for two weeks after hospitalization had a 21% survival rate after one month, compared with 3% in the control group.

It also improved some markers of respiratory and renal function in critically ill COVID-19 patients, but further studies need to be done, the authors wrote.

The birth of the microbiome

When you feed yourself, you're also feeding your microbiome, a collection of bacteria but also fungi, parasites and viruses that coexist throughout the body. The largest number of these microbes is found in the gut.

"The microbiome does many jobs, including helping us digest our food, making vital vitamins, protecting from infection and educating our immune system," said Sheena Cruickshank, an immunologist at the University of Manchester in the UK.

The microbiome helps to keep the barriers that protect us from germs strong by strengthening the cells that line the gut, as well as actively protecting against invading germs, Cruickshank said.

Your diet also has a significant role in determining what kinds of microbes live in your colon.

These foods help to keep your gut healthy, which in turn supports your immune system in the fight against COVID-19.

An earlier version of this article compared people following plant-based diets to "people who ate meat," this has been updated to "people who did not follow these diets."

Vitamin D plays a role in almost all processes in our body. Now, one study has said that a lack of vitamin D could also worsen the spread of COVID-19. Can this be true?