What does Russia leaving the Council of Europe mean? | Europe | News and current affairs from around the continent | DW | 17.03.2022

What does Russia leaving the Council of Europe mean?

Human Rights organizations warn that victims of the Kremlin will now find it hard to hold Moscow accountable. 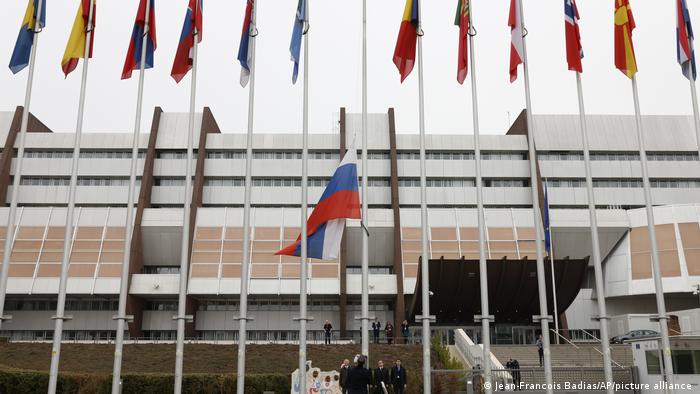 The Russian Federation's exit from Europe's top human rights watchdog, the Council of Europe, has been condemned by human rights groups concerned about the impact on victims of the Kremlin's rights abuses.

"The Kremlin is clearly trying to step away from any scrutiny over its actions against the rights of its people," he added.

Russia's withdrawal announcement came during an emergency session of the Parliamentary Assembly of the Council of Europe to formally expel Moscow from the council over its invasion of Ukraine.

In a statement released on its Telegram account, the Russian Foreign Ministry said it decided to "part with such a Council of Europe without regret." 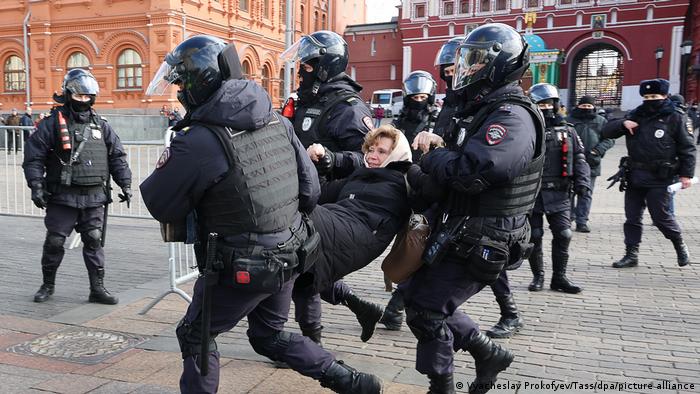 Russia is increasingly cracking down on its citizens' rights

The Council of Europe was formed in 1949 and seeks to uphold human rights, democracy and the rule of law across Europe. Russia's withdrawal heralds the end of its 26-year membership in the body and also signals that Moscow is no longer required to abide by the laws of the council's international court — the European Court of Human Rights (ECHR).

The ECHR released a statement after Russia's withdrawal, saying the court had "decided to suspend the examination of all applications against the Russian Federation," until the legal implications of Russia leaving had been considered.

Natalia Prilutskaya, a researcher at Amnesty International focusing on Russia, told DW this was a devastating blow to the human rights of those whose cases against the Kremlin remain held up at the court and also for those who wish to file new claims.

"Russia's withdrawal from the Council of Europe means even foreigners whose rights have been violated by the Kremlin, can't submit a case against Russia," she added. "They can apply to UN bodies but the process will be different."

After Russia joined the Council of Europe in 1996, it was required to abide by the principles of the 47-member institution, which also prohibits the use of the death penalty.

While some fear this could lead to a return of the death penalty in Russia, Prilutskaya cautioned that this was still unclear.

"There is a ruling by the Russian Constitutional Court that forbids the use of death penalty. However, with increasingly more and more repressive legislation being passed in Russia, we have to wait and see what happens," she told DW.

Yet, she noted how Russia's Council of Europe membership had resulted in marginally improving prisoners' rights.

"In Russia, historically, a lot of the prison colonies are situated in remote areas of Siberia or the far north. Often prisoners are transported to these regions, far away from their families, and the transportation takes place in inhuman conditions," she told DW.

"But following the ECHR judgments and through Russia's engagement with the Council of Europe, there have been certain changes in the legislation and marginal improvements."

What happens to pending cases against Russia?

Despite being a member of the Council of Europe, a 2020 report by Human Rights Watch noted how Russian authorities continued to abuse human rights and restrict people's freedoms.

Several cases filed by Russian citizens against the government also piled up at the ECHR, including the case of the poisoning of prominent Russian opposition leader Alexei Navalny. 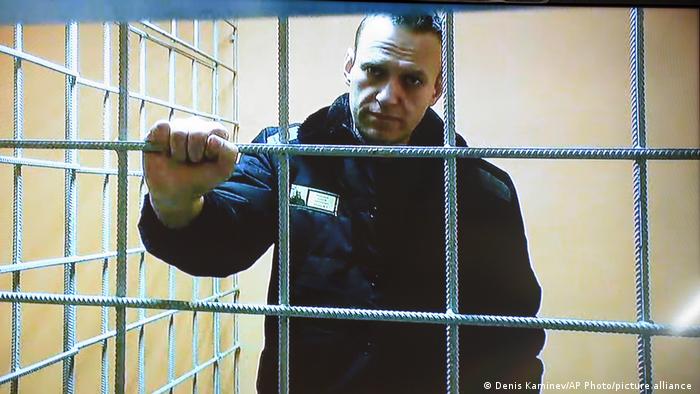 In 2021 alone, the court dealt with more than 6,000 applications concerning Russia. While how the court will address pending cases remains under consideration, Kanstantsin Dzehtsiarou, a professor in human rights law at the University of Liverpool and editor-in-chief of the European Convention on Human Rights Law Review, explained that there was a possibility of these pending cases remaining frozen.

"Victims whose cases are piled up at the ECHR will be impacted because, even if the court makes a judgment on their cases, it is unclear whether Russia will pay the compensation fees," he told DW.

In 2018, Moscow declined to pay its dues to the Council of Europe after being denied voting rights following its annexation of Crimea.

Dzehtsiarou added that a similar situation could follow under current circumstances.

He also highlighted other legal implications related to Russia's withdrawal from the ECHR.

"There will be no Russian judge present in the council anymore, which is a technical consequence and can limit the cases. We have to wait and see how the ECHR will decide the legal implications of this withdrawal," he said.

According to a Council of Europe spokesperson, "The legal and financial consequences of Russia's exclusion are due to be considered by the Council of Europe's Committee of Ministers next week."

Alisa Ganieva: 'The human right to free speech is being violated in Russia'

He said he also hopes that Russia would eventually consider re-engaging with the Council of Europe so the victims of the Kremlin's human rights abuses could get justice.

Amnesty's Prilutskaya stressed that a first step forward to continue helping victims of rights abuses in Russia would be to support organizations and independent media both inside and outside the country that focus on highlighting human rights violations in Russia.

"It is important to continue direct communication with Russia to get back on the path of observing human rights," she explained. "Having a totally isolated and self-isolating country on the European continent would be very counterproductive."