The year 2015 heralded the start of a new phase of support for Afghanistan's forces. But can NATO's smaller two-year 'training and support' mission help stabilize a country still plagued by a resurgent insurgency? 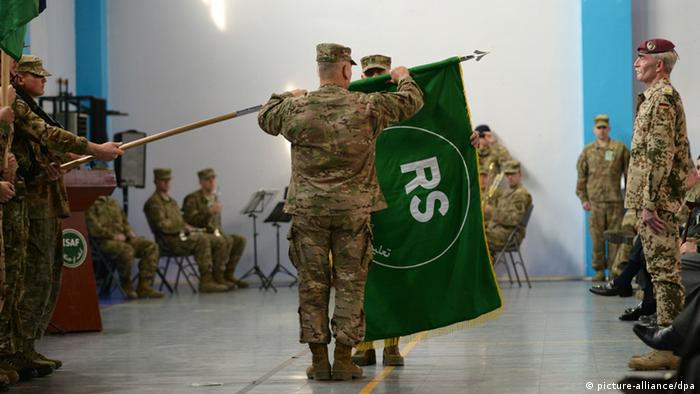 "Today marks an end of an era and the beginning of a new one. Resolute Support will serve as the bedrock of our enduring partnership with Afghanistan." These are the words of ISAF Commander and US Army General John Campbell speaking at a flag-lowering ceremony in Kabul on December 28 to mark the end of NATO's ISAF mission, 13 years after the US-led invasion of the South Asian nation to drive out the Taliban regime following the September 11 attacks.

With the end of the ISAF mission, the Afghan army and police were left fully in charge of security in a country plagued by conflict and a resurgent insurgency. Against this backdrop, "Resolute Support," NATO's training and support mission began on January 1.

The key objective of the 13,000-strong residual force is to advise and train the still-fledgling Afghan forces, and to provide limited counterterrorism support. A total of 28 NATO Allies and 14 partner nations contribute to the mission, with the US accounting for almost 11,000 troops. Germany is set to provide up to 850 troops.

But by and large, this is a non-combat force that is not in Afghanistan to fight a war. One of the training components of the mission, for instance, will focus on strengthening Afghan forces' abilities to collect intelligence.

Jason Campbell, an international security expert at the US-based RAND Corporation, explains that unlike in times past, the training and mentorship of the Afghan National Security Forces (ANSF) will not be done throughout the country and down to the tactical levels, but via a "hub and spoke" layout centered in Kabul and including four key regional nodes: Mazar-e Sharif in the north, Herat in the west, Kandahar in the south, and Bagram in the east. 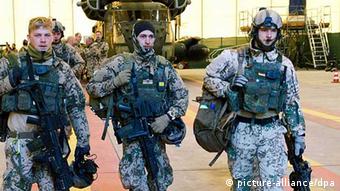 Importantly, the coalition will no longer "own" battle space throughout the country. Rather, commanders will be responsible only for the protection of their respective base. Thus, coalition forces will not partner with their Afghan counterparts on any missions "outside the wire," but will provide mentorship during the planning process and in after-action analysis.

Coalition forces, however, will be permitted to retaliate with force should they be attacked by insurgents and provide limited support to ANSF units in the event that they are being overrun by militants.

In terms of numbers, however, the residual force will dwindle in 2016 until all troops are withdrawn by the end of that year. At that point, the foreign security presence in Afghanistan is expected to be limited to providing security to foreign embassies and other such structures, say analysts.

So what is the justification for such a short mission? The ongoing military presence was officially enabled when the recently elected Afghan President, Ashraf Ghani, signed the Bilateral Security Agreement with the US. But analysts argue the reason for the new mission lies mainly in the fact that ISAF was only a partial success.

While the killing of al Qaeda leader Osama bin Laden and the denial of Afghanistan as a safe haven for his terrorist network by toppling the Taliban regime are enough to regard the mission as a success, many fear that some of the initial successes of the ISAF mission are still in danger of being reversed and that without "Resolute Support" NATO would simply be handing the Afghans a "stalemated" war.

Just weeks before most foreign combat troops leave Afghanistan, a wave of violence has hit the country, adding to concerns over the ability of local forces to provide security. DW discusses the issue with Jason Campbell. (03.12.2014)

"The new mission is there to help consolidate a situation which is highly uncertain and ensure an interval of decency between the withdrawal of the bulk of the foreign forces - in particular US troops - and a possible collapse of the regime," Frederic Grare, director of the South Asia Program at the Carnegie Endowment for International Peace, told DW. "Resolute Support" comes at a crucial time for Afghanistan, just months after an election feud over fraud claims which only ended when the two main candidates agreed to form a national unity government.

Moreover, the start of the mission also coincided with a wave violence which has swept across the South Asian nation that has claimed the lives of several dozen people. "The Taliban pose a major threat to both the Afghan government and people as well the new NATO mission, said Michael Kugelman, an Afghanistan expert at the Washington-based Woodrow Wilson Center for Scholars.

While the militant group is certainly a weaker force than it was in 2001, it has succeeded in maintaining a climate of constant insecurity. The extremists remain potent and determined, with the ability to launch attacks in some of the most secured areas of the country. In fact, 2014 was the deadliest year on record for Afghan civilians, according to the United Nations Assistance Mission in Afghanistan (UNAMA). Casualties surged by 19 percent in the first 11 months of 2014 compared to a year earlier, with more than 3,180 civilians killed and nearly 6,430 injured.

Georgette Gagnon, director of UNAMA's human rights unit, told DW that intensified offensives by anti-government elements, new military operations by the ANSF, and the increased use of improvised explosive devices led to the highest number of civilian casualties documented by UNAMA since 2009. "The human cost of the armed conflict in Afghanistan rose in 2014 with civilians continuing to bear the brunt of the fighting and violence," said Gagnon in a DW interview.

In light of this development, many questions remain unanswered as to what "Resolute Support" can truly achieve. In terms of training and mentoring the Afghan forces, Campbell points out that important gains were made in recent years in terms of getting the ANSF to a point where they can - in many respects - operate independently.

But he also adds that there are some key functional areas where continued coalition support is required. These include logistics, communications, intelligence, ministerial management, and completing the development of a nascent air capability. Going forward, the primary goal of the coalition will be to protect the investment it has made in developing the ANSF and offer limited indirect support should it be necessary, Campbell added.

South Asia expert Grare believes that if "Resolute Support" can slow down the progress of the insurgency and help consolidate the regime, it will have fulfilled its role, irrespective of what happens later which will then be the responsibility of the Afghan government. A premature collapse of the regime would, on the contrary, underline the failure of the 13-year mission. 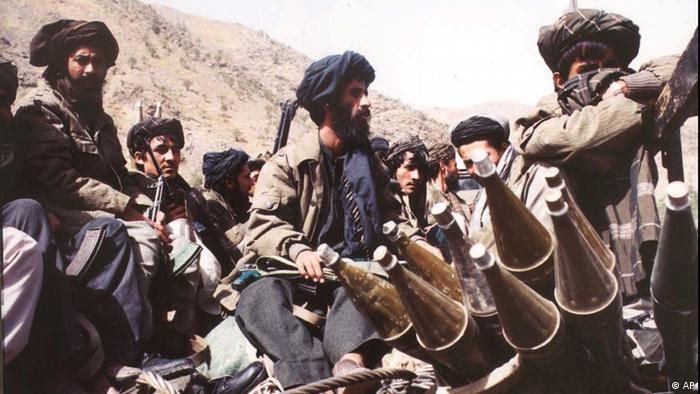 But can the mission truly stabilize the country? Kugelman argues that it will be hard to assess the mission's success given its somewhat vague goals. He says that while the new mission will certainly provide reassurance to Afghan forces that their foreign allies are not abandoning them, the bottom line is sobering: "The new mission is meant to help stabilize Afghanistan, and yet a force of 130,000 troops was unable to do this for 13 years, so there's no reason whatsoever to believe that a modest non-combat force of 13,000 can do the job now, and especially in just one year or so," said Kugelman.

Given these prospects, it may not come as a surprise that Afghan President Ashraf Ghani recently said in an interview that the United States might want to "re-examine" the timetable for removing the remaining US-led coalition troops by the end of 2016. "Deadlines concentrate the mind. But deadlines should not be dogmas," Ghani told the CBS program "60 Minutes."

"If both parties, or, in this case, multiple partners, have done their best to achieve the objectives and progress is very real, then there should be willingness to re-examine a deadline," added Ghani, who was elected last September.

Analysts say that Ghani's statements indicate that neither the Afghan forces nor the government in Kabul feel able to confront the insurgency for very long if left to themselves. Experts expect an upsurge in attacks across the country with the possibility of modest pockets of territory reverting to de facto Taliban control. 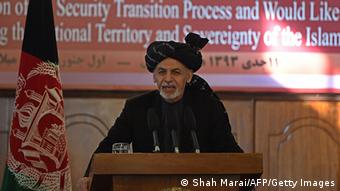 So should the foreign troops stay in the country beyond 2016? Kugelman believes that the best hopes for halting Afghanistan's descent into instability after 2016 would be to bring back foreign combat troops, or to enter into peace negotiations, which the Taliban have indicated little interest in pursuing.

Campbell, on the other hand, argues that while the Obama administration announced the zero option for the end of 2016, the experience made with the Sunni extremist group "Islamic State" (IS) in Iraq and Syria may lead some senior US officials to at least consider an extended presence in Afghanistan. "The odds would increase, if some or all of the remaining allies are also willing to remain."

President Ghani should also be mindful, however, that such a reexamination on the part of America is going to be unlikely without an established and functioning government, said Campbell. "This will hopefully serve as adequate incentive to complete the process of naming a cabinet and getting the appropriate leadership in place ahead of what is certain to be a very hard fighting season that is now only a few months away," he added.