What Brexit could mean for the Premier League and the Bundesliga | Sports | German football and major international sports news | DW | 05.02.2019

What Brexit could mean for the Premier League and the Bundesliga

The impacts of Brexit, however it arrives, will be felt far and wide, and the world's biggest sport is by no means immune. But what will it all mean for the Bundesliga, the Premier League, transfers, wages and players? 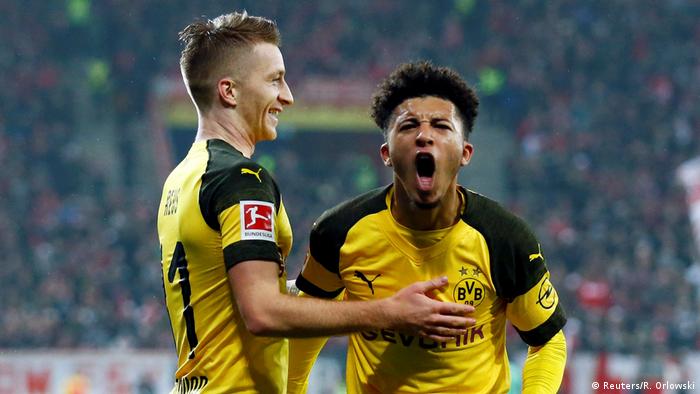 Whatever your perception, it's fair to say that it's still unclear exactly what Brexit will look like, or what all of its short- and long-term effects will be.

But it's also true that the process of withdrawal has already changed plenty in the UK and in Europe. As in life, so it is in football, in this instance at least, and the uncertainty surrounding the future has already made its mark on the richest league in the world and its European counterparts.

One of the concrete changes has been the fluctuation in the value of the pound against the euro, with last Tuesday's developments sending the British currency tumbling once again, something that's clearly a problem for British clubs. Tottenham Hotspur manager Mauricio Pochettino even cited this as a reason why his club made no summer signings back in August: "With Brexit it is worse because the cost is 30 percent more. That is a drama too," the Argentine coach said.

"I think we’re starting to see some of the impact of it now with the (then-current January) Premier League transfer window the quietest on record I believe," Rob Wilson, a football finance expert from Sheffield Hallam University in England told DW, adding that any degree of certainty is tricky when discussing Brexit.

"You’d expect the pound to keep going down, so UK clubs are going to find it more difficult to buy players because of the currency conversion. For example, a £50-million transfer (€57 million, $65.4 million) might now cost a UK club £60 million: Are they prepared to pay that or not? We may see a slowdown on the back of that fluctuation."

End of freedom of movement a big challenge for clubs

The Premier League's wealth, built largely on the back of bumper TV deals, has seen it develop a reputation as the place to go to earn high wages. Any further currency devaluation would eat into that, while a recovery would mean a Premier League pay packet is worth even more. 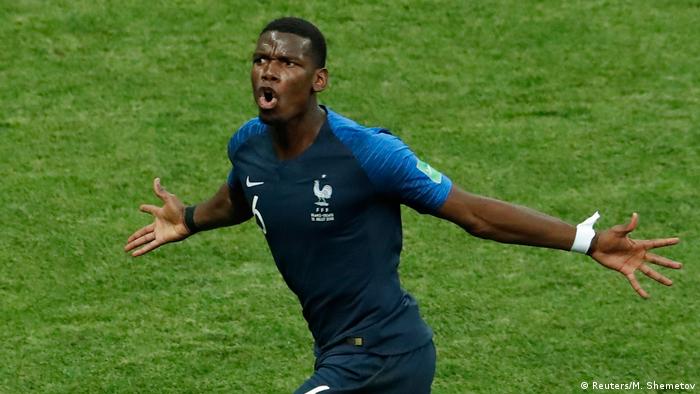 As things stand, these changes look set to make it harder for Premier League clubs to attract the very best with money alone, while the end of free movement for EU citizens in the UK will, in all likelihood, make it much more difficult for UK clubs to sign players from Europe. It will also stop them signing young European players such as Cesc Fabregas (Arsenal, Spain) and Paul Pogba (Manchester United, France) who will eventually qualify as 'homegrown.'

FIFA currently try to prevent players from moving countries before the age of 18, but they cannot contravene EU law by preventing 16- or 17-year-olds from moving between countries in the EU. Some feel the fact that the UK will soon operate outside this will prove beneficial to young English players, many of whom have recently struggled to break through into first team setups.

"This homegrown rule doesn’t really necessarily benefit what we want homegrown talent to be, which is English, Scottish and Welsh players," Steve Parish, chairman of Premier League side Crystal Palace told UK outlet iNews at the end of last year.

"Because an EU resident is basically a UK resident we can take football players from 16-years-old on. So even our academies have players from overseas, which they don't have in other countries. In theory, the moment you leave the EU you won't be able to sign an underage player, which will help British footballers in academies."

Wilson agrees that this could be the case but also says that with Jadon Sancho (pictured top, right) setting an example in the Bundesliga, Bayern Munich targeting Callum Hudson-Odoi, and various other young English players on Bundesliga radars, Brexit will not be a panacea to the solve the problems of UK academy players making the cut at home. 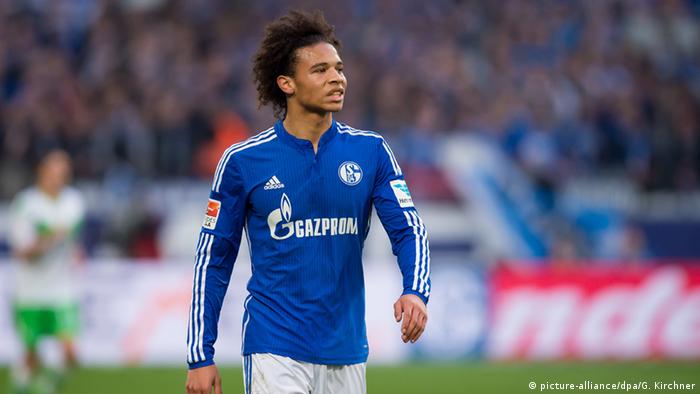 The sale of Leroy Sané made Schalke a huge profit

"It’s clear the German clubs are looking at the prospects in the UK academies because, as the evidence tells us, it’s very rare for those players to make the transition from academy to first team in the UK. Clubs are so used to buying new talent from Europe so it will be interesting to see if it works the other way round, which of course has a big impact on the German clubs."

While signing EU players will become trickier, some – like Parish – argue that, should policy be drafted in a certain way, Brexit may open up avenues for players from other markets around the globe.

This could be a problem for European sides, including those in Germany, who rely to some degree on exports to the Premier League. Leroy Sané (€50 million, Schalke to Manchester City), Kevin de Bruyne (€76 million, Wolfsburg to Manchester City) and Pierre-Emerick Aubameyang (€64 milllion Dortmund to Arsenal) are just a few examples of player sales that have made Bundesliga clubs substantial profits that can be, in theory at least, re-invested in improving the club.

If signing players from Brazil, Argentina or the USA becomes as simple for UK sides as signing a player from Europe is now, there's no guarantee that particular income stream for Bundesliga clubs will continue to flow as fast as it has be.

Wilson says other possible changes post-Brexit could include an increase in the amount of trade between British clubs in the short term and a longer term levelling of the continental playing field, with Premier League clubs unable to always offer the best deals to European talent.

But, as with a glut of Brexit issues, only time will truly tell.

The succcess of Jadon Sancho has further established the Bundesliga as a great place to develop for young players. With Bayern Munich keen on Callum Hudson-Odoi, would the Chelsea teen be wise to follow Sancho's lead? (10.01.2019)

Jadon Sancho returned with a goal as Borussia Dortmund bounced back from their first league defeat of the season. They cast aside second-placed Borussia Mönchengladbach to extend their Bundesliga lead to nine points. (21.12.2018)