The succcess of Jadon Sancho has further established the Bundesliga as a great place to develop for young players. With Bayern Munich keen on Callum Hudson-Odoi, would the Chelsea teen be wise to follow Sancho's lead? 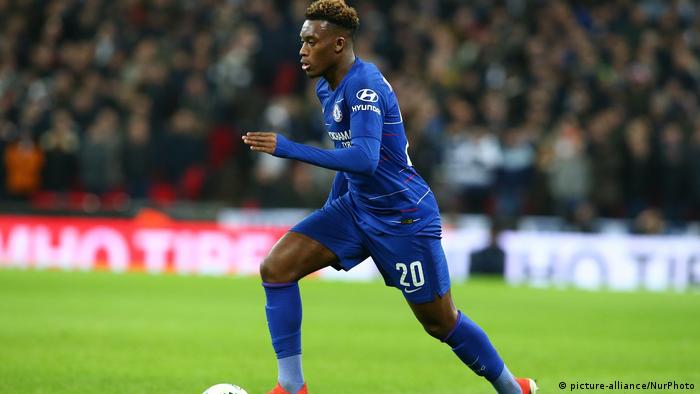 The early stages of the January transfer window have already neatly summarized the gulf in prosperity and philosophy between the Premier League and 17 of the Bundesliga's clubs, as well as the gap between those 17 and Bayern Munich.

The €64 million ($74 million) Christian Pulisic cost Chelsea raised plenty of eyebrows in Germany but the American international has racked up more than 80 Bundesliga appearances and scored in the knockout stages of the Champions League. Although he's been overshadowed by Jadon Sancho this year, there's little doubting Pulisic's potential, nor his marketability.

But the Borussia Dortmund man's imminent arrival has had a knock on effect that the west London club may not have expected, with Bayern Munich now reportedly close to signing their latest English prodigy Callum Hudson-Odoi (pictured above), who plays in a similar position, for a fee of €39 million.

That figure seems staggering, given that Hudson-Odoi, 18, has played 69 minutes of Premier League football in his life and has scored just one senior goal, in the Europa League. Hudson-Odoi, though, did give notice of his talent last weekend in the FA Cup, providing two assists as Chelsea swept past Nottingham Forest.

To put this in context, Hudson-Odoi's arrival - should it happen - would make him the fourth costliest signing in Bundesliga history. Aside from Bayern, only Wolfsburg have broken the €30 million barrier – for Julian Draxler – and over half the Bundesliga's clubs have yet to spend more than €10 million on any single player. 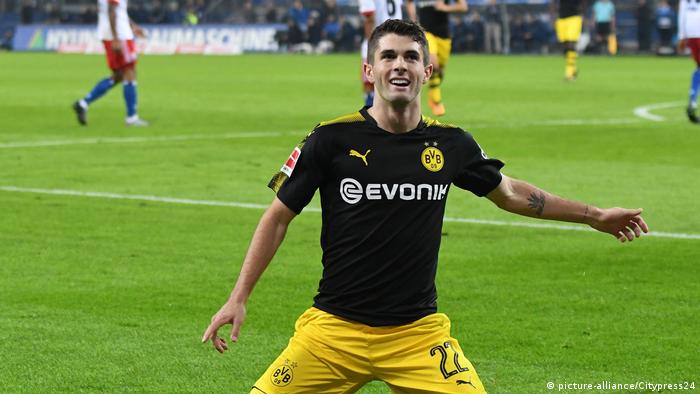 If that, along with the signings of Benjamin Pavard (€35 million) and Alphonso Davies (€10 million and rising), reiterates a long-established truth about Bayern's fiscal supremacy in Germany; then the fact that a young English talent like Hudson-Odoi is stalling over a contract extension at the same time as he's breaking through at the top end of the Premier League is indicative of some of the more recent issues English football (and its noveau riche clubs in particular) is facing.

The pressure at the summit of the English game, where multiple teams feel they have a chance at winning the title at the start of each season, can often manifest itself in risk-averse transfers. If money isn't an issue, then why wait for Hudson-Odoi to mature and learn when Pulisic is already a few years further down the line?

"He can develop as well here" argued Chelsea's German defender Antonio Rüdiger of Hudson-Odoi, before going on to admit that: "You can see it from both sides. Of course he can develop in Germany as well and don't forget Bayern Munich is also a big club."

"It is something he needs to decide. For his future, I wish him all the best. But for me I just hope he stays with us. To be honest of all the young players I have seen at Chelsea, he is the shooting star for me."

Rüdiger isn't the only figure at Chelsea to call on Hudson-Odoi to stay at the club he joined more than a decade ago in a move that's been made unusually public, thanks partly to Bayern's sporting director Hasan Salihamidzic brazenly admitting that the club "definitely want to sign him".

Until very recently, moves of this nature simply weren't considered an option for young English players. But, while Mauricio Pochettino and Jürgen Klopp still have faith in youth at Tottenham Hotspur and Liverpool, talented youngsters at Chelsea and Manchester City are increasingly faced with a choice between settling for time in minor competitions, going out on loan or leaving to play regularly in a different league. 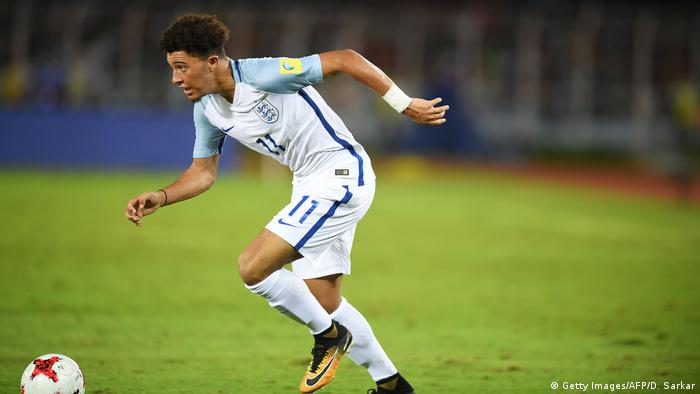 While some, like Chelsea and England's Ruben Loftus-Cheek have stayed and stagnated and others, such as City's Phil Foden, are biding their time, Sancho has become the poster boy for taking a chance.

"I think it's vital [to be playing] because not everyone wants to play under-23s," Sancho said ahead of his international debut last year. "Everyone feels they're ready for the next step. Whatever you feel is right, whether that's moving to a new club or staying to fight for a position, everyone has a right to do what they want to do. I felt it was right to go."

As yet, it's unclear whether Hudson-Odoi feels the same way. Even if he does, there's no guarantees that he'll follow such a steep upward trajectory. While Dortmund have earned a reputation as a hothouse for teenage talent, the spotlight at Bayern is brighter, as Renato Sanches found out.

But the fact that the rumors are so strong and that a club with the financial firepower of Chelsea are so publicly concerned doesn't reflect well on their ability and desire to develop talent. Just as Sancho's departure, in the wake of the arrivals of Leroy Sane then Bernardo Silva, didn't for City either.

The Premier League's loss may, once again, be the Bundesliga's gain. At least for a while.

Bayern have announced the signing of Stuttgart defender Bejamin Pavard on a five-year deal. While he isn't set to join until the summer, the Frenchman is an excellent early addition as the club embarks upon a new era. (09.01.2019)

Sporting director Hasan Salihamidzic said the football star used language "a role model and Bayern player must never use." Ribery had posted a foul-mouthed response to criticism he received for having a golden steak. (06.01.2019)