A court has convicted two men of supporting al-Shabab in an attack on the Westgate shopping center in 2013, while another man was acquitted. The verdict has been met with skepticism. 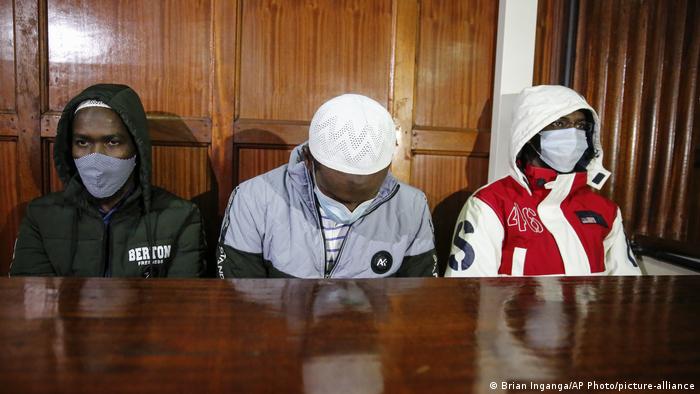 A Kenyan court on Wednesday found two men guilty of aiding al-Shabab during an assault on the Westgate shopping mall in 2013. A third man was acquitted of all charges.

Westgate was seen as a symbol of Kenya's growing prosperity at the time of the Islamist attack.

Sentencing is expected to take place on October 22 — the men could face up to 20 years in prison.

"The prosecution has proved its case against the accused on charges of conspiracy of committing a terrorist act and supporting a terrorist group," Chief Justice Francis Andayi said in his verdict.

Survivor of the attack, David Odhiambo, called for the men to be executed. He was shot in the head while working as a security guard at the mall. As a result he still has to make regular visits to the hospital.

The verdict was met with skepticism and claims of the authorities not going far enough with their investigations.

Otsieno Namwaya, a senior Africa researcher at Human Rights Watch, highlighted that the three men "are not in any way the masterminds. Not even the attackers. It’s believed that the attackers escaped, and masterminds are still unknown. These three must have been fringe players, if at all."

On September 21, 2013, a group of four men launched an assault on the luxury shopping mall in the Kenyan capital. They held the complex for four days, under siege, while cameras streamed the events live on TV.

The response by the Kenyan police and military was heavily criticized and ended up with one policeman being killed by friendly fire.

The attackers allegedly died of smoke inhalation when the army blew up the part of the mall where they were holding out.

Al-Shabab claimed responsibility for the attack as retribution for the Kenyan army's involvement in incursions against the militant group's strongholds in southern Somalia.

Somali militant group al-Shabab has claimed responsibility for a deadly attack at a Nairobi hotel complex. After hours of clashes, the Kenyan president said "all terrorists have been elimated."