Western spies get discreetly involved in Syria | World | Breaking news and perspectives from around the globe | DW | 13.10.2012 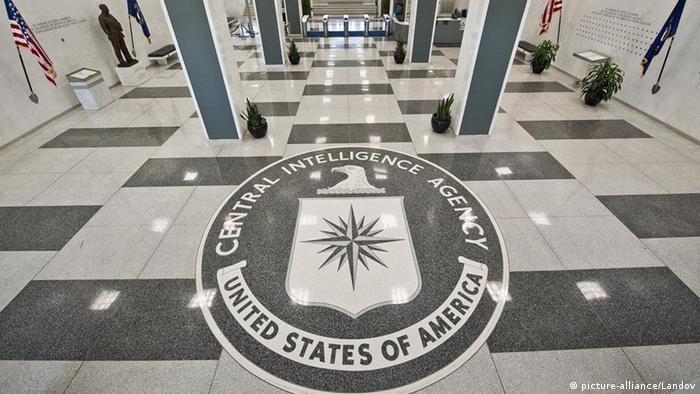 Experts are convinced that intelligence services are active in Syria, although Western governments have denied taking any military action there. Discretion is the primary precaution to ensure intel operations are not too widely publicized in a country that has been torn apart by violence for 18 months.

It's been clear for some time that CIA agents in Turkey have been monitoring weapons transfers to Syrian rebels. Experts said they suspect the British intelligence service is also involved, observing the situation in Syria from Cyprus and passing on strategically important information to rebels. 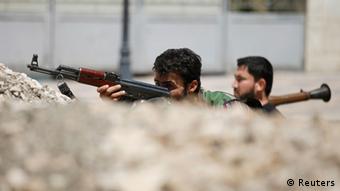 Reports of "discreet" action by Western intelligence agencies are not surprising, according to Erich Schmidt-Eenboom, head of the Peace Policy Research Institute.

"The US intelligence agency CIA has been active for months, mainly in Turkey," he told DW. "The intelligence agencies that brought about the fall of the Gadhafi regime in Libya are now at work in Syria," Schmidt-Eenboom added.

David Pollock, head of the Washington Institute for Near East Policy, said he shared that general view, but added that CIA activity there was very limited. American media reported that the CIA has limited itself to observing arms transfers and watching that religious extremists don't get their hands on missiles and explosives. Arms are mainly being financed by Turkey, Saudi Arabia and Qatar.

The US government has considered providing rebels in Syria with satellite images of Syrian troop movements and supporting them in creating an intelligence agency of their own.

However, it's unclear whether a decision has been made on either of these possibilities. US President Barack Obama has ordered the CIA to give rebels logistical assistance, and the US has made public its support of $15 million for communications equipment.

"The financial support from the United States is in no way tied to weapons," Bollock said. "The money is intended exclusively for communications and medical equipment." 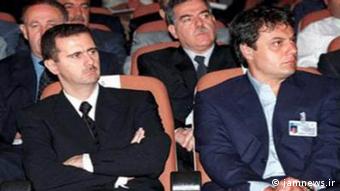 In terms of Europe, former Syrian colonial power France has played a leading role. Cooperating with partners in Saudi Arabia and Turkey, the French intelligence agency has helped high-ranking members of the Syrian President Bashar Assad's regime flee the country.

The departure of generals, politicians and other people close to Assad aims to undermine the regime's morale. Manaf Tlass, one of Syria's highest-ranking officers, was able to flee Syria with French help. Such moves are also significant in that those leaving Syria provide useful information about the political and military situation on the ground.

Western intelligence agencies worked in a similar fashion in Libya. When former Libyan Foreign Minister Moussa Koussa - one of Gadhafi's closest advisors - left the country, he gave Western intelligence agents useful information. The defectors' cooperation provides them not just with payment, but also the ability to avoid acts of revenge by their countrymen and potential legal action in the West.

"They are promised large sums of money for intelligence information," said Schmidt-Eenboom. 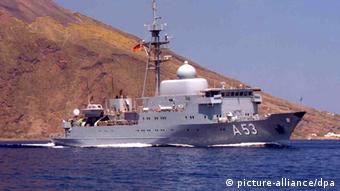 "The former BND president, who was in office until the end of 2011, had very good relations with the Syrian intelligence agencies," Schmidt-Eenboom said. "But when the BND president changed, there was a paradigm shift."

Since then, the agency has cooperated more with Assad's foes. The BND has taken the same position on Syria as other Western intelligence agencies.

"The new BND President Gerhard Schindler is willing to take risks and win back Western partners' trust after Germany lost it by staying out of Libya," Schmidt-Eenboom said. "That's why BND operations aimed at Syria are taking place."

As to why a German Navy ship has been crisscrossing the eastern Mediterranean for weeks remains unclear, though. The German Defense Ministry rejected suspicions circulating in German media that it is a spy ship. Fleet vessels were there for reconnaissance and to serve as an early warning system, the ministry claims. A ministry spokesman said the Navy is not involved in espionage.

But the intelligence agency's work is not the only thing Berlin is being secretive about. When from January to June 2012, members of Syria's various opposition groups met at the German Institute for International and Security Affairs to discuss the political and social order of a post-Assad Syria, the project was apparently kept confidential to avoid the attention of Syria's intelligence agency.